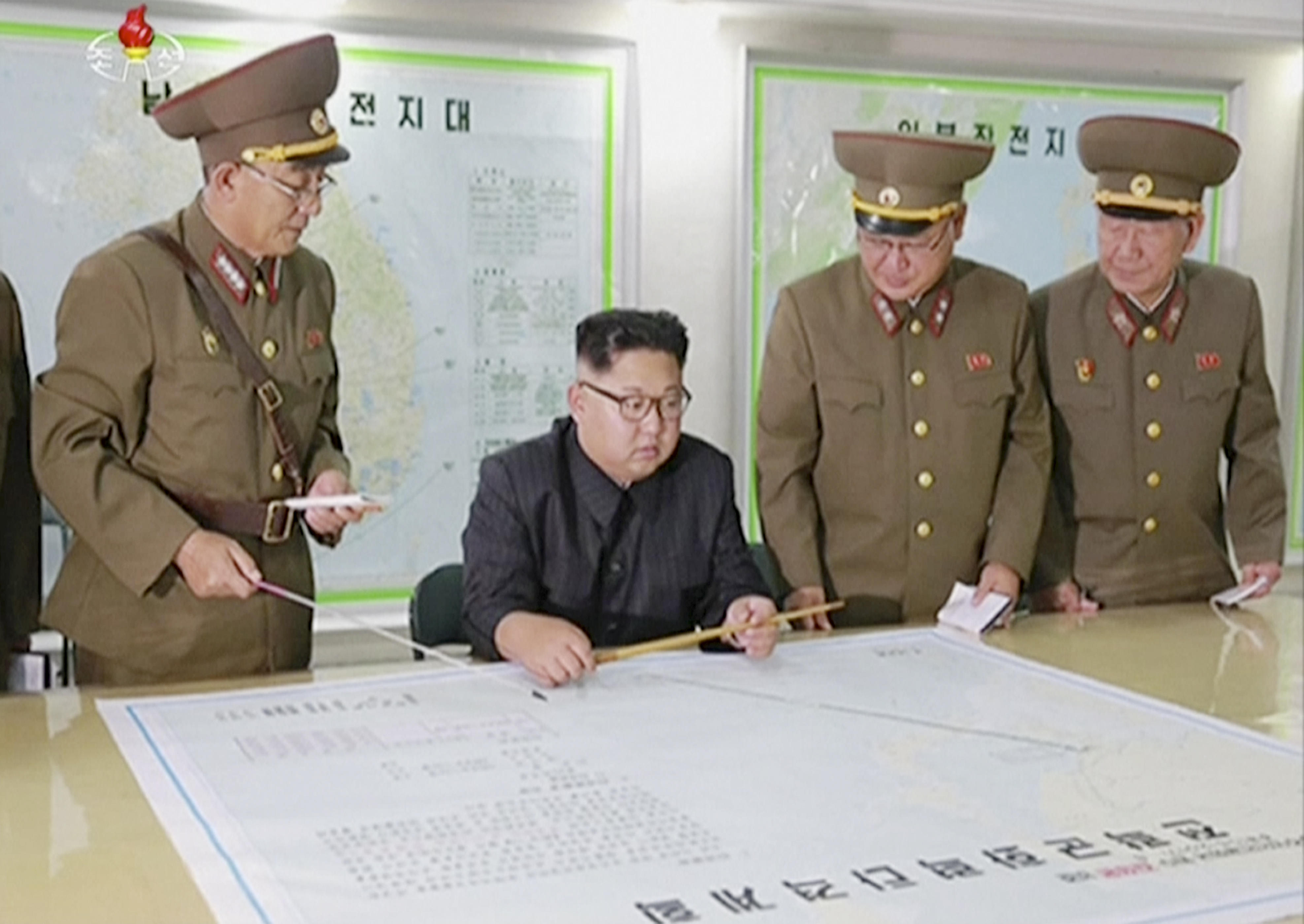 SEOUL, South Korea -- North Korean state radio on Tuesday announced that President Kim Jung Un planned to hold off launching missiles at Guam, while the United States said it was ready to defend the territory.

"We know within moments where it's going," U.S. Secretary of Defense James Mattis said of a possible North Korean attack. "If they fire at the U.S., that could escalate into war very quickly. If they do that, it's game on."

Pictures from North Korean state media showed Kim Jong Un reviewing military plans with his generals Monday to launch four missiles near the island of Guam, CBS News correspondent Ben Tracy reports. Though the North Korean leader decided not to immediately launch weapons, he persisted in his use of strong rhetoric saying, "If the Yankees persist in their extremely dangerous reckless actions on the Korean peninsula," North Korea's military "will wring the windpipes... and point daggers at their necks."

Guam is about 2,100 miles southeast of Pyongyang and 3,800 miles west of Honolulu in the Pacific Ocean. For years, North Korea has claimed Guam is within its missiles' striking distance, making furious statements each time the U.S. flew powerful bombers from the island's air base to the Korean Peninsula.

"To do it so quickly is astonishing," says Michael Elleman, a missile expert who has closely studied North Korea's capabilities for years. He believes the regime's sudden advancements mean it received some sort of help.

"There's just a limited number of countries which actually can produce something of this size and capability," Elleman continues. "Through a series of deductions and elimination of possibilities, you come to either Russia or Ukraine."

Elleman believes that the engines used on North Korea's new Hwasong missiles, first launched in May, came from a factory in Ukraine and were then likely transported by train through Russia to North Korea. Those missile advancements convinced China, North Korea's main trading partner, to go along with tough new U.N. sanctions; on Monday, China banned all imports of North Korean coal, iron ore, and seafood.