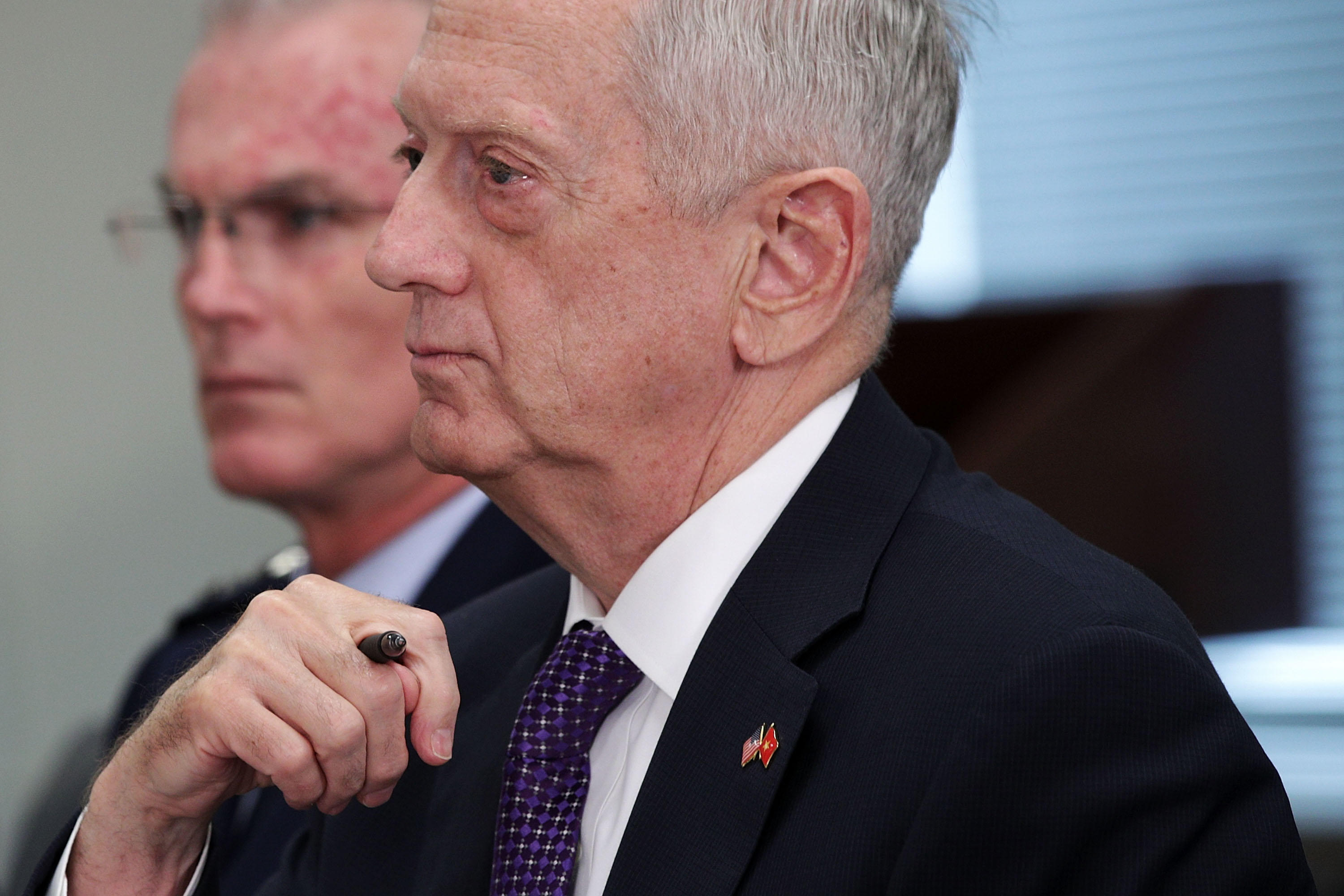 During a conversation with reporters on Monday, Defense Secretary James Mattis said that if North Korea launches an attack on American territory, "that could escalate into war very quickly," CBS News' David Martin reports.

Mattis told reporters that the defense community would "know within moments where it's going" in regards to a possible missile launch.

He also said that if the North does pursue military action, "it's game on", adding, "we'll take it out," suggesting that the U.S. would attempt to shoot down any missiles aimed at either Guam or the U.S. mainland.

However, the retired Marine Corps general was careful to note that his statement should not be read as a promise of war.

"The bottom line is we will defend the country and for us (the military) that's war," explained Mattis.

"You don't shoot at people in this world," he added, "unless you bear the consequences."

Mattis' comments appear to be a shift in tone from when he recently called the idea of going to war with North Korea "catastrophic."

"My portfolio, my mission, my responsibility is to have military options if you need it," Mattis told reporters at a Defense Innovation Unit Experimental (DIUx) event in Mountain View, California, on Thursday.

He added, "However, right now, Secretary Tillerson, Ambassador Haley -- you can see the American effort is diplomatically led, it has diplomatic traction, it is gaining diplomatic results. And I want to stay right there right now. The tragedy of war is well enough known. It does not need another characterization beyond the fact that it would be catastrophic."

Last week, President Trump said North Korea would be met with "fire and fury" if it continued its nuclear provocations.