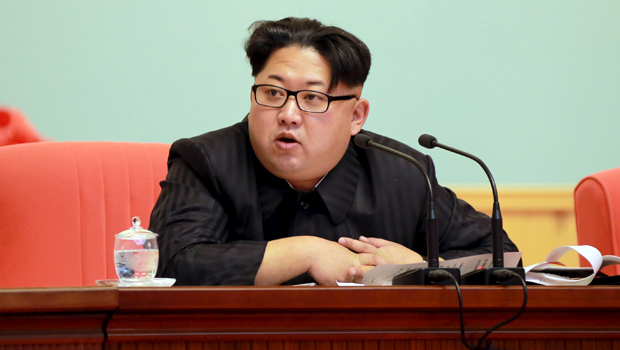 SEOUL, South Korea -- North Korea has moved up the window of its planned long-range rocket launch to Feb. 7-14, South Korea's Defense Ministry said Saturday. The launch, which the North says is an effort to send a satellite into orbit, would be in defiance of repeated warnings by outside governments that suspect it is a banned test of ballistic missile technology.

North Korea did not inform international organizations of any other changes in its plan, and the rocket's expected flight path remains the same, said South Korean Defense Ministry spokesman Moon Sang Gyun, adding that the South believes the launch could come as soon as Sunday.

The North informed the International Maritime Organization and other related agencies on Tuesday that it would attempt a satellite launch between Feb. 8 and 25. No reason was given Saturday for the change of dates.

North Korea's launch declaration came just weeks after it conducted its fourth nuclear test. Outside experts and officials say that each nuclear test and long-range missile launch brings the North closer to creating a nuclear warhead small enough to fit on an intercontinental missile capable of reaching targets as far as the U.S. West Coast.

South Korea believes that the North has completed all launch preparations, including strapping the rocket onto a launch tower and injecting fuel, and that there is a high possibility the launch will take place on Sunday, Moon said.

He said that a possible explanation for the date change was that Sunday's weather conditions were forecast to be favorable for a launch.

Recent commercial satellite imagery analyzed by U.S. researchers showed tanker trucks at the launch pad at North Korea's Sohae facility, which likely indicates the filling of fuel and oxidizer tanks in preparation for the launch.

While the timing of the launch will be mainly determined by conditions such as weather, South Korean analysts had speculated that the North might attempt to pull off the launch ahead of Feb. 16, the birthday of late dictator Kim Jong Il, the father of current leader Kim Jong Un.

An official from the Korea Meteorological Administration, South Korea's weather agency, said that rain or snow was expected in the North Korean region where the launch pad is located on Monday, Thursday and next Saturday. He spoke on condition of anonymity, citing office rules.

North Korea previously tested nuclear explosive devices in 2006, 2009 and 2013, and claimed it successfully delivered a satellite into orbit in December 2012, the last time it launched a long-range rocket.

Following the announcement that the window had been moved up to begin on Sunday, Japan's Foreign Ministry immediately set up an emergency response desk to monitor and prepare for the launch. Japan has already deployed Patriot missile batteries in Tokyo and on the southern island of Okinawa to shoot down any debris from the rocket that might threaten to fall on Japanese territory.

The launch will surely amplify calls by the U.S. and South Korea for more stringent trade and financial sanctions against North Korea. However, skeptics question whether sanctions will ever meaningfully influence one of the least trade-dependent economies on the planet.

Most importantly, China, North Korea's only major ally, is unlikely to support stronger punishment against Pyongyang over fears of provoking a regime collapse, and potentially a stream of refugees across the border, analysts say. China is also responsible for about 70 percent of the North's trade volume, according to South Korean estimates.

Seoul's Defense Ministry said that South Korea and the U.S., which stations more than 28,000 troops in the South as a buttress against any North Korean aggression, are deploying key military assets, including the South's Aegis-equipped destroyers and radar spy planes, to track the North Korean rocket after its launch.

The South is also prepared to shoot down any rocket or debris that infringes on its territory, the defense ministry said, although security experts believe the country's Patriot missiles, with an interception range of about 9 miles, would be ill-equipped for the job.