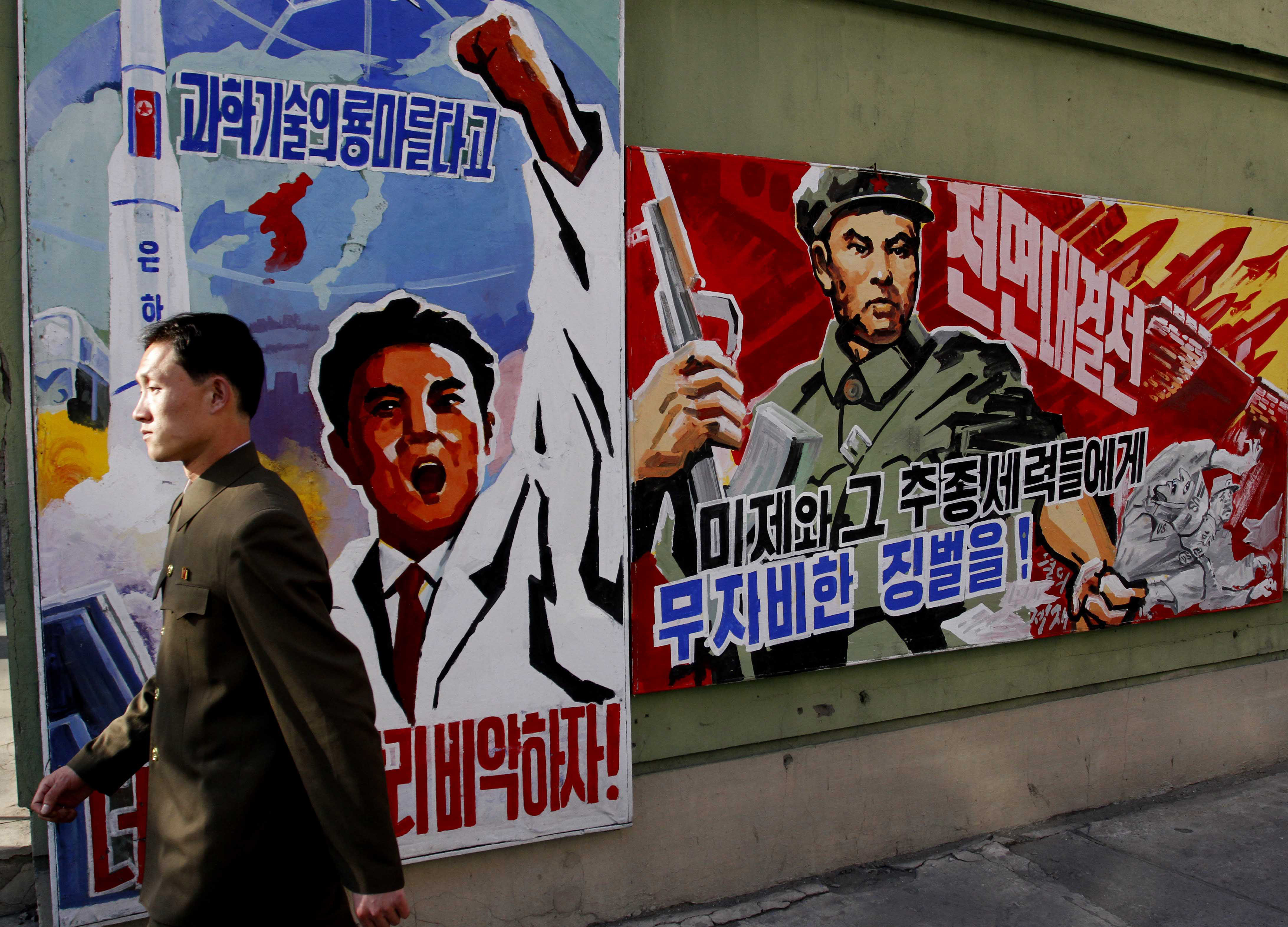 SEOUL, South Korea -- North Korea's propaganda machine is churning out near-daily diatribes against the United States and South Korea for a series of soon-to-start military maneuvers, warning nuclear war could be imminent and saying it will take dramatic action of its own if further provoked.

Pyongyang's increasingly shrill opposition to the annual joint drills looks very similar to the kind of vitriol that preceded the start of the same exercises last year and led to a steep rise in tensions on the Korean Peninsula. That round of escalation culminated in threats of a nuclear strike on Washington and the flattening of Seoul before the maneuvers ended and both sides went back to their corners.

It appears the first stages of this year's battle have already begun -- though some experts say they don't think it will be as high-pitched as last year's.

In the latest of the North's increasingly frequent salvos against the exercises, it said through its state-run media that the United States is building up its military forces in Asia so it can invade the country -- formally called the Democratic People's Republic of Korea, or DPRK -- and take control of the whole region.

"It is the strategic goal of the U.S. to invade the DPRK, bring its neighboring countries under its control with it as a stepping-stone and, furthermore, dominate the whole Asia-Pacific region," the ruling party's Rodong Sinmun said in an analysis on Monday. "The U.S. is working hard to kick off large-scale joint military drills this year, too, for the purpose of mounting a pre-emptive nuclear attack upon the DPRK."

The invectives against the exercises began earlier this month, when the North's powerful National Defense Commission proposed the rivals halt military actions and "mutual vilification" to build better relations. The North, however, strongly hinted it would maintain its nuclear weapons program while urging South Korea to cancel the drills with the United States, set to begin in late February.

"First, we propose taking preparatory measures in response to the warm call for creating an atmosphere for improving North-South ties. In this regard, we officially propose the South Korean authorities take critical measures of halting acts of provoking and slandering the other side from Jan. 30," Ji said.

But Ji reiterated that Pyongyang had no intention of abandoning its nuclear weapons program.

Seoul-based analyst Daniel Pinkston, of the International Crisis Group, said that although some experts saw the proposal as an overture or part of a "charm offensive" by the North, it was intended more as a means of setting the stage for more heated actions ahead -- since Pyongyang has no reason to expect that Washington and Seoul would seriously consider nixing Foal Eagle.

"It feeds into the propaganda cycle again," he said. "It's a way of showing the domestic audience that, 'we made a serious overture. We tried to bend over backwards. But they showed their true colors.' I don't see any cooperative measures or charm offensive at all."

Seoul and Washington have essentially ignored the North's proposal.

Seoul instead demanded that North Korea take "practical" action for nuclear disarmament if it truly wants peace on the peninsula. But Seoul has proposed working-level talks on Wednesday to discuss allowing Koreans separated by the 1950-53 Korean War to reunite. North Korea didn't immediately respond to Seoul's proposals.

The fighting between North and South Korea ended six decades ago with an armistice, not a peace treaty, leaving the peninsula still technically in a state of war. North Korea remains highly sensitive to all military activity in the South, and sees Seoul as a puppet state because nearly 30,000 U.S. troops are based on its soil.

This year's drills, in which troops will train on land, sea and in the air, are expected to last until about April.

Yoo Ho-yeol, a professor of North Korea studies at Korea University in South Korea, said he doesn't expect as much tension as last year.

"North Korea is maintaining its nuclear weapons program but hasn't launched any fresh provocation, so this year's drills would be more like the routine ones they conducted in previous years," he said.