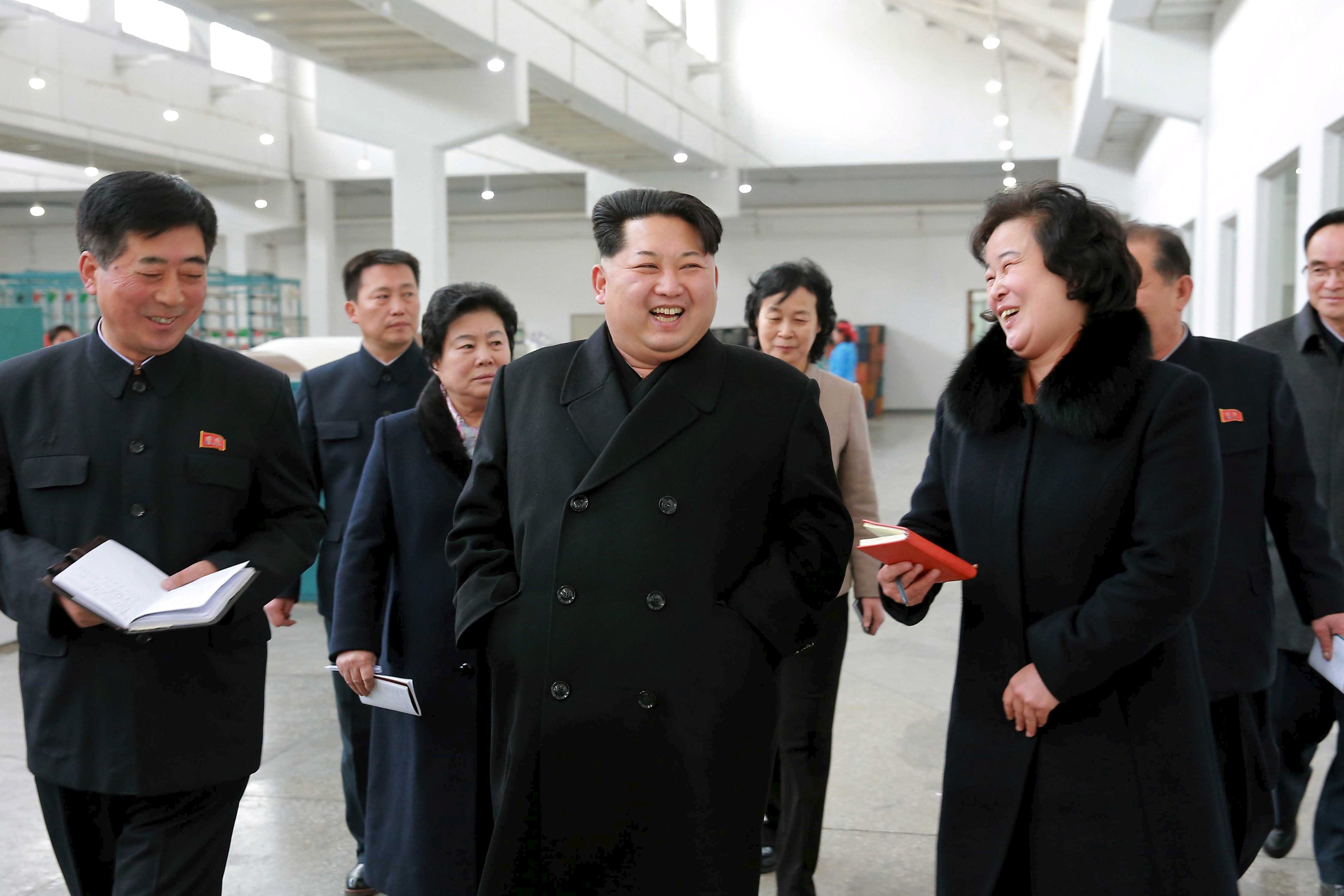 SEOUL -- North Korea may be preparing to conduct a long-range ballistic missile test on the heels of its recent underground nuclear test, according to the South Korean Defense Ministry.

The U.S. and its allies are still formulating their response -- and trying to work out differences with China, North Korea's closest ally -- to the nuclear test carried out earlier this month.

That test, which American officials do not believe was of a device nearly as powerful as the hydrogen bomb touted by North Korea, was a violation of United Nations sanctions against the isolated, totalitarian state. Ballistic missile tests are also forbidden by the sanctions against North Korea.

"We predict that North Korea's next significant military provocation will be carried out in a surprising manner," Defense Ministry spokesman Kim Min-seok said Thursday at a news conference in Seoul, amid unconfirmed reports the launch could be just days away. "The South Korean military is continuing to keep a close watch on any signs of North Korea's long-range missile test."

The new information, based on satellite imagery from one of North Korea's established rocket launching sites, came a day after U.S. Secretary of State John Kerry urged China to keep a lid on North Korea's military ambitions during a meeting with senior Chinese leaders in Beijing.

North Korea last tested a long-range missile in December 2012, when it successfully launched a Unha-3 (Galaxy 3) rocket into space carrying a satellite.

Pyongyang insisted the launch was merely to put a weather forecasting satellite into space, but experts in the U.S. and South Korea accused the North of conducting a thinly veiled test of its intercontinental ballistic missile capability.

Analyzing the rocket debris from the launch in 2012, South Korean officials described the North as having possibly secured a missile range of up to 6,200 miles, which would put the western coast of the U.S. mainland within reach. Most experts, however, agree that North Korea has yet to master the technology to fit a nuclear warhead onto such a missile.

South Korean officials say the North completed a major upgrade last year to its main missile launch site in the country's northwest. The upgrade is believed to have extended the launch pad's height to about 67 yards, which would allow the North to launch a more powerful rocket than the Unha-3.

Satellite imagery has shown several screens erected around key parts of the site in recent days -- an apparent attempt to elude satellite surveillance, according to South Korea's Yonhap news agency. Local news reports also speculated Thursday that an underground railroad may be delivering necessary parts to the site.

The THAAD system, which is designed to shoot down short, medium, and long-range ballistic missiles, has been described as an insurance policy against North Korea's missile attacks, but has been vehemently opposed by China.

Many experts in South Korea see the isolated regime's continued military provocations as a carefully calculated move, with tangible objectives.

"North Korea appears to be intent on driving a wedge between the U.S. and China," Kim Han-kwon, a professor at the Korea National Diplomatic Academy, told South Korea's YTN news network. Kim said a new long-range missile test would cajole the international community to push for stronger sanctions against the North, which would force China -- fearing the North's political collapse and the mass exodus that would cause more than its military ambitions -- to fend for its treaty ally.

"From North Korea's perspective, a schism between China and the U.S. is the ideal situation," Kim said. "Because of the strategic interests at stake, China will be forced to further embrace North Korea."