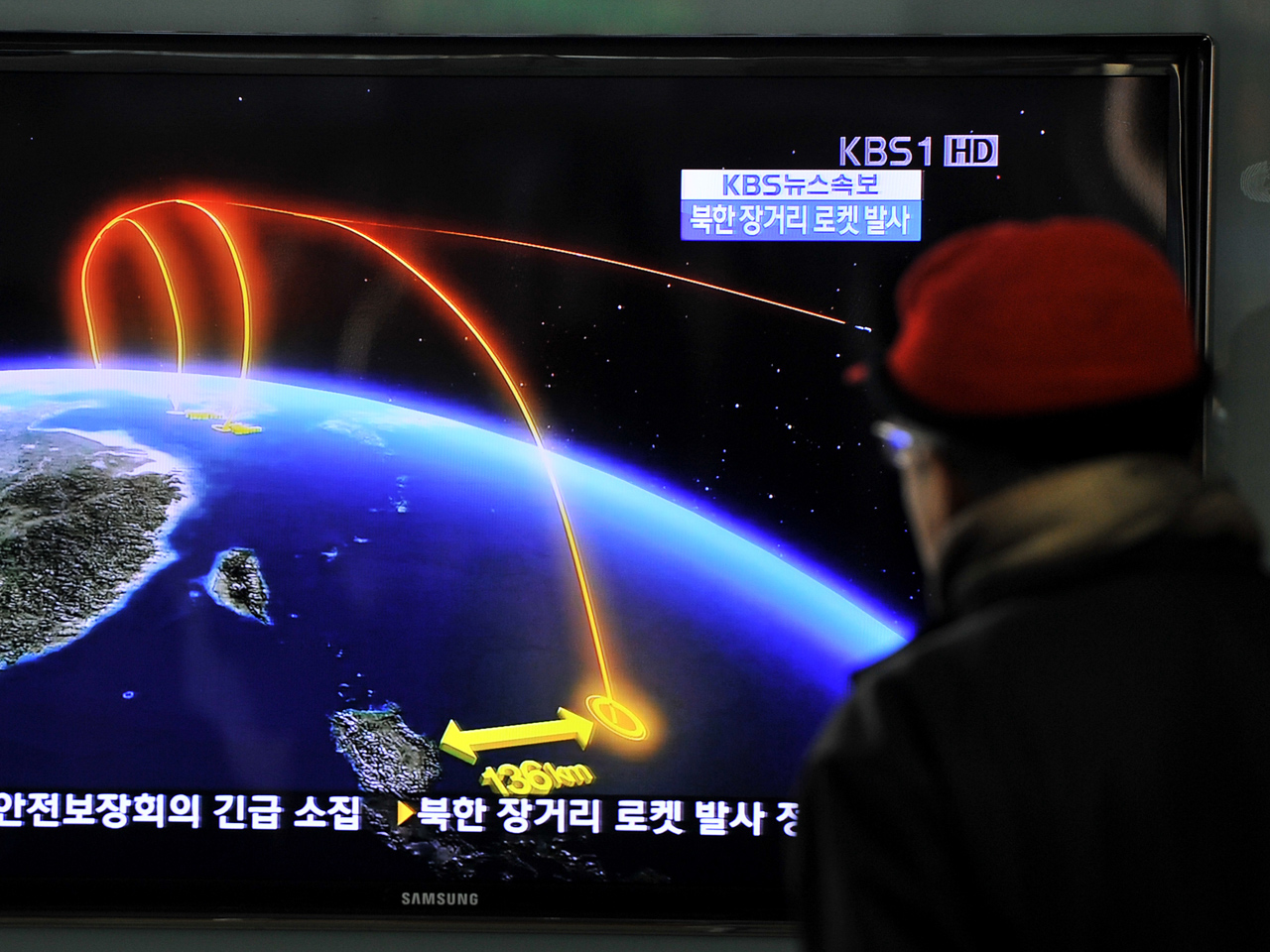 SEOUL, South KoreaNorth Korea fired a long-range rocket Wednesday morning in its second launch under its new leader, defying warnings from the U.N. and Washington only days before South Korean presidential elections.

North Korea declared the launch of a rocket and satellite a success, and state television broadcasted a brief report confirming as much on Wednesday.

South Korean and Japanese officials confirmed that liftoff took place Wednesday morning. Each nation had been urging North Korea to refrain from a launch widely seen as a cover for a test of banned ballistic missile technology.

In a written statement, North American Aerospace Defense Command officials "acknowledged today that U.S. missile warning systems detected and tracked the launch of a North Korean missile at 7:49 p.m. EST...Initial indications are that the missile deployed an object that appeared to achieve orbit. At no time was the missile or the resultant debris a threat to North America."

The White House condemned the launch calling it "a highly provocative act," that was both a threat to regional security and a violation of U.N. resolutions.

"North Korea is only further isolating itself by engaging in such provocative acts," U.S. National Security Council spokesman Tommy Vietor said in the statement. "Devoting scarce resources to the development of ballistic missiles and nuclear weapons has not brought it security and acceptance by the international community--and never will."

Japan said one part of the rocket fell into waters west of the Korean Peninsula and another part fell in the sea east of the Philippines. South Korean President Lee Myung-bak planned an emergency national security council meeting Wednesday, and Japan protested the rocket launch.

The North says the Unha rocket was meant to put a satellite in orbit. A similar launch in April broke apart shortly after liftoff, and the condemnation that attempt received is likely to be repeated. Washington sees the launch as a cover for a test of technology for missiles that could be used to strike the United States.

Rocket tests are seen as crucial to advancing North Korea's nuclear weapons ambitions. North Korea is thought to have only a handful of rudimentary nuclear bombs. But Pyongyang is not yet believed capable of building warheads small enough to mount on a missile that could threaten the United States.

North Korea has spent decades trying to perfect a multistage, long-range rocket. Experts say that ballistic missiles and rockets in satellite launches share similar bodies, engines and other technology. This is the fifth attempt at a long-range launch since 1998, when Pyongyang sent a rocket hurtling over Japan. Previous launches of three-stage rockets weren't considered successful.

Washington sees North Korea's pursuit of nuclear weapons and ballistic missiles as a threat to world security and to its Asian allies, Japan and South Korea.

North Korea under new leader Kim has pledged to bolster its nuclear arsenal unless Washington scraps what Pyongyang calls a hostile policy.

The launches Wednesday and in April came from a site on the west coast, in the village of Tongchang-ri, about 35 miles from the Chinese border city of Dandong, across the Yalu River from North Korea. The site is 45 miles from the North's main Yongbyon nuclear complex, and is said to have better roads and facilities than previous sites and to allow a southerly flight path meant to keep the rocket from flying over other countries.

Tensions are high between the rival Koreas. The Korean Peninsula remains technically at war, as the 1950-53 conflict ended in a truce, and Washington stations nearly 30,000 troops in South Korea as a buttress against any North Korean aggression. Tens of thousands more are in nearby Japan.

This year is the centennial of the birth of national founder Kim Il Sung, the grandfather of Kim Jong Un. According to North Korean propaganda, 2012 is meant to put the North on a path toward a "strong, prosperous and great nation."

The launch also follows South Korea's recent cancellation, because of technical problems, of an attempt to launch its first satellite from its own territory. Two previous attempts in 2009 and 2010 failed.

The U.N. Security Council has imposed two rounds of sanctions on North Korea following its nuclear tests, and a 2009 resolution orders the North not to conduct any launch using ballistic missile technology.

Under Security Council resolutions, nations are also barred from buying or selling weapons with North Korea, a key source of revenue for its authoritarian government.

North Korea has capable short- and medium-range missiles, but long-range launches in 1998, 2006, 2009 and in April of this year ended in failure. North Korea is believed to have enough weaponized plutonium for at least half a dozen bombs, according to U.S. experts. In 2010 it revealed a uranium enrichment program that could provide a second source of material for nuclear weapons.

A February deal for the United States to provide 240,000 metric tons of food aid in exchange for a freeze in nuclear and missile activities collapsed after the North's April launch.

North Korea said it chose a safe flight path so debris won't endanger neighboring countries. But there are still concerns over falling debris, and Japan's defense minister issued an order to missile units to prepare to intercept the rocket if it or its fragments threaten to hit Japan. Government spokesman Osamu Fujimura said Wednesday that no debris hit Japanese territory.

The first stage of the rocket was expected to fall in the Yellow Sea and the second stage in waters east of the Philippines, according to South Korea. Fujimura described two confirmed debris sites in those general areas after the launch.North Korea said it chose a safe flight path so debris won't endanger neighboring countries. But there are still concerns over falling debris, and Japan's defense minister issued an order to missile units to prepare to intercept the rocket if it or its fragments threaten to hit Japan. Government spokesman Osamu Fujimura said Wednesday that no debris hit Japanese territory.

The first stage of the rocket was expected to fall in the Yellow Sea and the second stage in waters east of the Philippines, according to South Korea. Fujimura described two confirmed debris sites in those general areas after the launch.