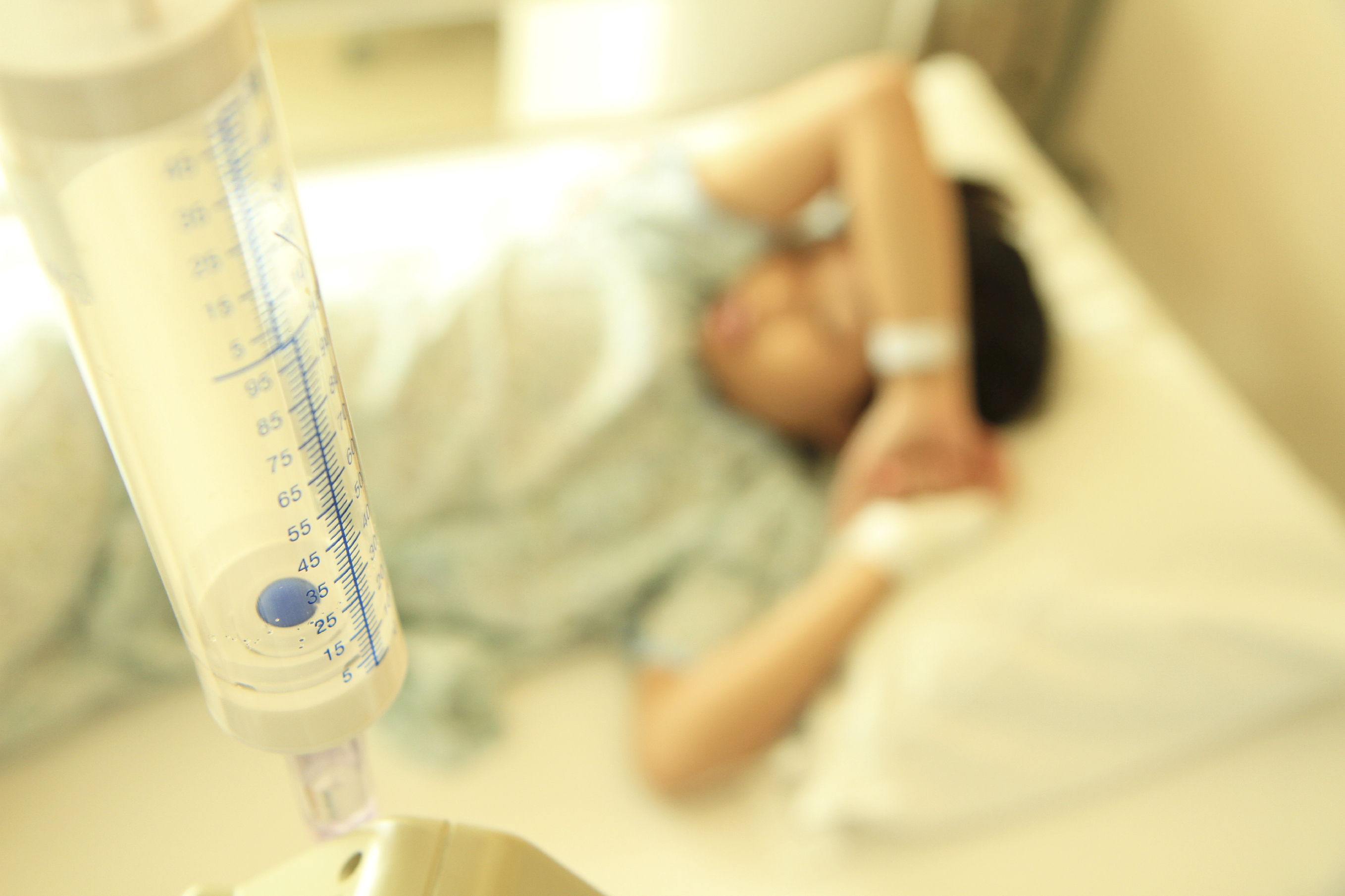 Noroviruses make about 20 million people in the U.S. sick with gastrointestinal symptoms each year, sending tens of thousands to the hospital, according to the Centers for Disease Control and Prevention. Noroviruses cause over 50 percent of gastroenteritis cases, characterized by nausea, vomiting, stomach pain, and diarrhea.

While current medical guidelines say noroviruses are spread by touching contaminated objects or eating food or drinking liquids that contain the virus, a new study suggests it can also be airborne. Researchers from Canada tested air samples at eight hospitals and long-term care facilities affected by gastroenteritis outbreaks and found that the virus could spread by air up to several meters from an infected person. The results are presented in the latest issue of Clinical Infectious Diseases.

While other studies have looked into the possibility of airborne noroviruses, researchers say this is the first to quantify noroviruses in the air. "Sampling and analyzing viruses in the air represent several challenges, including large volume air sampling, concentrating the sample and detecting with high efficiency and specificity rare agents," lead author Caroline Duchaine, of the Université Laval and the Québec Heart and Lung Institute Research Centre, told CBS News. "Our lab is equipped to do this. Other studies have supposed it could be present because of epidemiological evidences, such as transmission of diseases with our droplets or direct contact."

For the study, Duchaine and her team gathered air samples at a distance of 1 meter from patients, at the doors to their rooms, and at nursing stations at each healthcare facility. Noroviruses were found in the air at six of the eight facilities studied. Researchers detected the viruses in 54 percent of the patient rooms, 38 percent of the hallways leading to their rooms, and 50 percent of nursing stations. Virus concentrations ranged from 13 to 2350 particles per cubic meter of air, which is significant, researchers said, because a dose of 20 norovirus particles is usually enough for someone to get sick with gastroenteritis.

Duchaine said these findings could explain why norovirus outbreaks can be so hard to contain. "The measures applied in hospital settings are only designed to limit direct contact with infected patient," she said in a statement. "In light of our results, these rules need to be reviewed to take into account the possibility of airborne transmission of noroviruses. Use of mobile air filtration units or the wearing of respiratory protection around patients with gastroenteritis are measures worth testing."

Yet, some experts say, while the study is significant, it may be too soon to make significant investments in preventing the spread of norovirus this way. "The research suggests another potential avenue for the viruses to be transmitted, but it is not definite," said Jeffrey S. Duchin, MD, Interim Health Officer and Chief, Communicable Disease Epidemiology & Immunization Section for Public Health - Seattle & King County and Professor in Medicine, Division of Allergy & Infectious Diseases, at the University of Washington. "It is not surprising that the virus may be suspended in the air, but it does not mean that it will infect other people this way."

Both Duchaine and Duchin say more research is needed to determine whether or not noroviruses can be acquired by the airborne route. In the meantime, Duchin said it's not a bad idea to take some extra precautions around people who are ill with gastroenteritis.

"When possible, it is always advisable to keep as much distance as possible from someone who is vomiting or has been infected with noroviruses," he said. "And it certainly wouldn't be harmful to increase ventilation by opening a window."