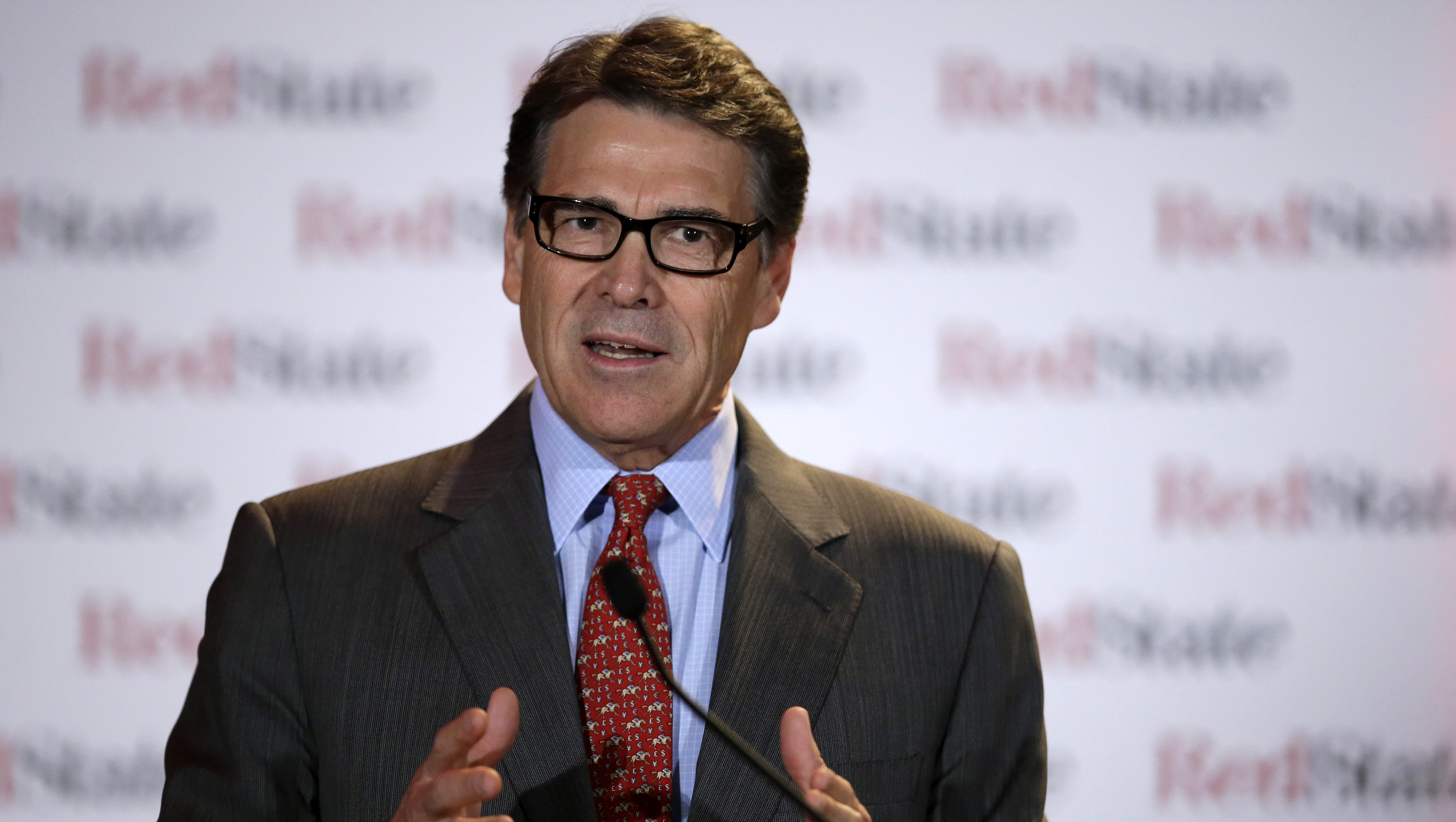 AUSTIN, Texas -- A judge has decided not to issue an arrest warrant for Texas Gov. Rick Perry, a court official said Monday, meaning the Republican can continue traveling the country and gearing up for a possible 2016 presidential run despite being indicted on two felony counts of abuse of power.

Perry, who has been defiant in insisting he did nothing wrong, had planned to go ahead with a visit to three key early presidential battleground states in the next two weeks anyway.

On Friday, the Republican became the first Texas governor since 1917 to be indicted, and he's facing charges that carry a maximum sentence of 109 years in prison for carrying out a threat to veto funding for the state's public integrity unit. But Linda Estrada, a grand Jury clerk in Travis County, said that the judge overseeing the case decided against issuing an arrest warrant.

Instead, Judge Bert Richardson said Perry will receive a summons to appear which has not been issued yet. It won't be until Perry's defense attorney and the state set a date for him to appear in court.

The judge overseeing the case, Republican Bert Richardson, decided against issuing an arrest warrant and instead a special prosecutor appointed to the matter was planning a simple legal summons. That still means an arraignment and booking are in Perry's future.

Meanwhile, the governor has tried to rally conservatives to his cause, saying the indictment is symbolic of government overreach.

Still, for Perry, who stumbled in his 2012 presidential campaign, the allegations could pose a distraction and complicate his attempts to gain a second look from Republicans in early voting states such as Iowa, New Hampshire and South Carolina. The details of the prosecution and timing of any trial remain unknown, and it is unclear how Republican activists will respond to a presidential candidate who has been indicted.

"I doubt it hurts Rick Perry a lot within the Republican Party to be in trouble for having gone after what the Republicans see as a Democratic prosecutor who is trying to put Republicans in jail," said the Wall Street Journal's Gerald Seib on CBS' "Face the Nation" Sunday. "It does create a huge distraction and it does get in the way of the process of getting out of the governor's office and moving onto a wide, smooth path toward the Republican nomination. And I don't think anybody doubts that's what Rick Perry has been setting out to do over the last few months."

The special prosecutor bringing the case against Perry, San Antonio-based Michael McCrum, was planning to meet Monday with Perry's defense attorney, David L. Botsford, and with Richardson, to begin discussing next steps.

No arrest warrant in the case means it's unclear when Perry might appear at the Travis County Courthouse, which is located just a few steps away from the governor's mansion in Austin.

Aides said Perry planned to maintain his public schedule, including a Thursday speech on immigration at the Heritage Foundation in Washington, and then a visit to New Hampshire next weekend. The governor is scheduled to appear at a slate of activities there: events in Portsmouth, Manchester and Nashua on Friday, followed by a rally Saturday in Stratham and Republican gatherings in Rochester and Chichester.

Later this month, Perry is expected at a larger Americans for Prosperity gathering in Dallas, which will also feature Kentucky Sen. Rand Paul and Texas Sen. Ted Cruz. Then he plans to be in South Carolina on Aug. 27-28 for appearances that include a college football game at the University of South Carolina against Texas A&M, Perry's alma mater.

Perry is scheduled to return to Iowa, home of the nation's leadoff presidential caucuses, on Sept. 1-2, and then departs on a weeklong Texas trade mission to Japan and China, which will include stops in Beijing and the World Economic Forum in Tianjin.

Potential 2016 presidential rivals such as former Florida Gov. Jeb Bush, Louisiana Gov. Bobby Jindal and Cruz, a fellow Texan, have denounced the indictment and Republicans have said the facts of the case could prompt conservatives to rally behind Perry.

"Nobody wants to get indicted but the basis of the indictment is so preposterous that ultimately it could be a political benefit," said Phil Musser, a former executive director of the Republican Governors Association.

A Travis County grand jury indicted Perry for carrying out a threat to veto $7.5 million in funding to the state's ethics watchdog, led by a local district attorney, Rosemary Lehmberg, an elected Democrat, unless she resigned following her arrest and conviction for drunken driving. It was the same public integrity unit that prosecuted DeLay.

A state judge assigned a special prosecutor to investigate the veto following a complaint filed by a left-leaning watchdog group.

Conservatives note that a video recording made at the jail showed Lehmberg shouting at staffers, kicking the door of her cell and sticking her tongue out at deputies.

"A public official getting drunk and arrested is something we have experienced in South Carolina and the base voters will award Perry for standing firm," said Katon Dawson, a Perry ally and former South Carolina GOP chairman. "Plus, Rick has friends in South Carolina who are with him and that matters."

Perry has said the indictment is reflective of a larger problem of government agencies not following the rule of law and noted on Sunday that even some prominent Democrats have raised questiosn about his indictment.

Specifically, he said that David Axelrod, a former adviser to President Obama, had called the indictment "pretty sketchy" on Twitter, and that Harvard Law School professor Alan Dershowitz, a self-proclaimed liberal Democrat, told a conservative website that "everybody, liberal or conservative, should stand against this indictment."

Democrats point out that McCrumb, the special prosecutor, was appointed by a Republican judge, undercutting Perry's argument about partisanship.

Countries where the U.S. warns Americans may be wrongfully detained
Thanks for reading CBS NEWS.
Create your free account or log in
for more features.
View CBS News In
CBS News App Open
Chrome Safari Continue
Be the first to know
Get browser notifications for breaking news, live events, and exclusive reporting.