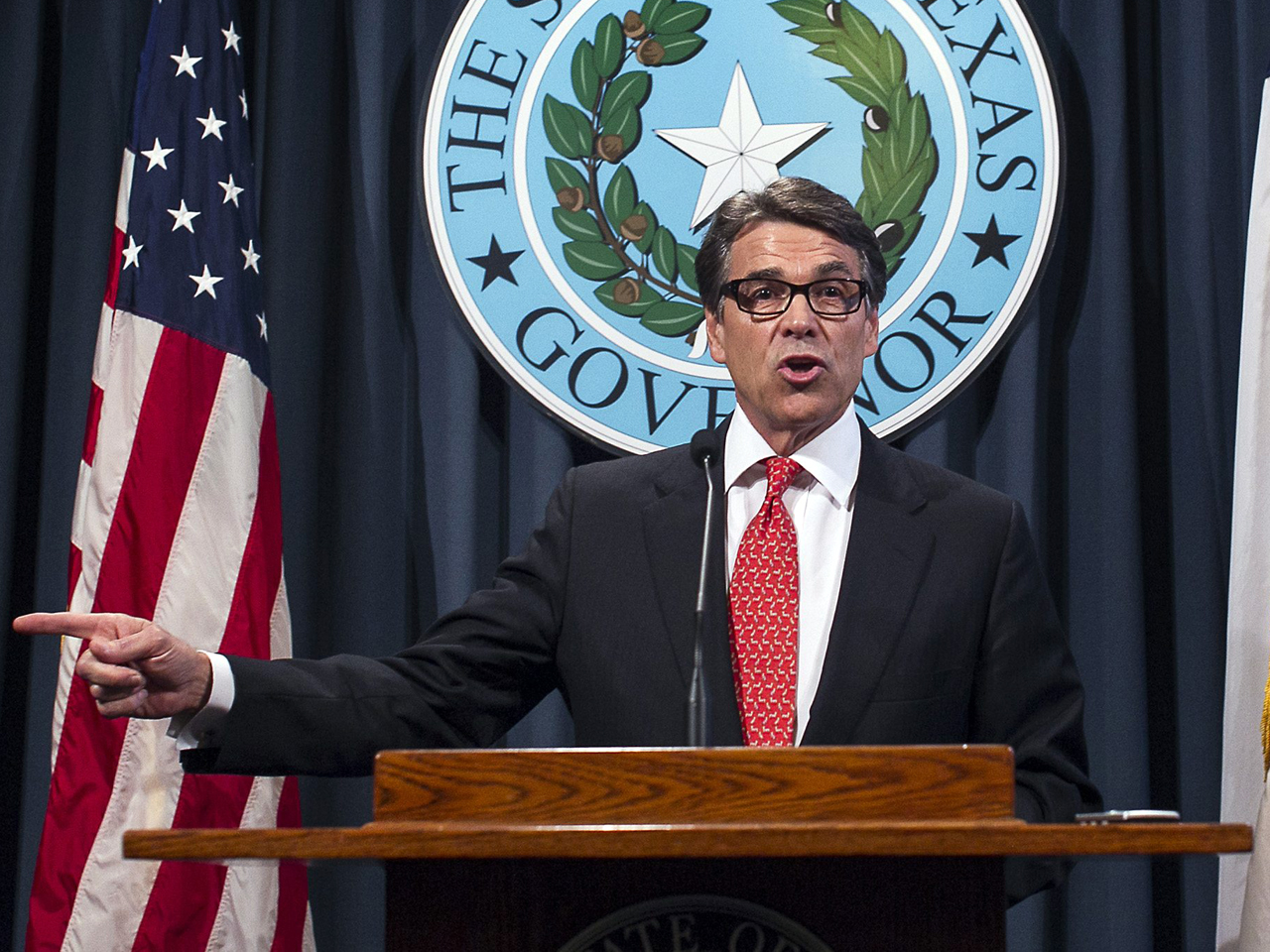 AUSTIN, Texas -- Texas Gov. Rick Perry vowed Saturday to fight the indictment against him, calling it an "outrageous" abuse of power.

"This indictment amounts to nothing more than abuse of power and I cannot and will not allow that to happen," Perry said at a news conference a day after he was charged with violating state law.

On Friday, a Travis County grand jury indicted the Republican on two felony counts of abuse of power for making good on a veto threat.

The possible 2016 presidential hopeful again dismissed the charges as nakedly political. Perry is the first Texas governor since 1917 to be indicted.

The indictments are related to Perry vetoing funding for a Travis County unit investigating public corruption last year because the Democratic official heading the office refused to resign after being convicted of drunken driving.

"I wholeheartedly and unequivocally stand behind my veto and will continue to defend this lawful action of my executive authority as governor," Perry said. "We don't settle political differences with indictments in this country. It is outrageous that some would use partisan political theatrics to rip away at the very fabric of our state's constitution."

The investigative unit is based in Austin, a heavily Democratic city where the grand jury was seated. The rest of Texas is heavily Republican.

A special prosecutor spent months calling witnesses and presenting evidence that Perry broke the law when he promised publicly to nix $7.5 million over two years for the public integrity unit run by the office of Travis County District Attorney Rosemary Lehmberg.

The unit Lehmberg oversees investigates statewide allegations of corruption and political wrongdoing. It led the investigation against former U.S. House Majority Leader Tom DeLay, a Texas Republican who in 2010 was convicted of money laundering and conspiracy to commit money laundering for taking part in a scheme to influence elections in his home state - convictions later vacated by an appeals court.

Mary Anne Wiley, Perry's general counsel, predicted Perry ultimately will be cleared of the charges against him - abuse of official capacity and coercion of a public servant.

"The veto in question was made in accordance with the veto authority afforded to every governor under the Texas Constitution," she said.

Several top aides to Perry appeared before grand jurors, including his deputy chief of staff, legislative director and general counsel. Perry himself did not testify, though.