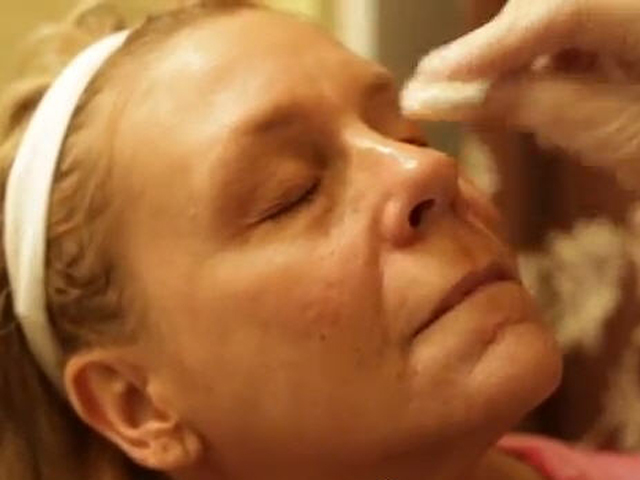 (CBS News) Patricia Krentcil, who made headlines as the "tanning mom" who allegedly took her young daughter to a tanning booth, is now showing a new side of herself.

In an episode, titled "Tanning Mom gets a face peel," Krentcil appears reluctant when she is being given a tube of sunscreen.

"I'm not thrilled," said Krentcil. "But I'm going to do it because I'm 44 and I want my face to look more natural and this, if anything, will help that."

In the video, Krentcil's face is given a cleansing; later, she puts on moisturizer.

Earlier this year, Krentcil was accused of bringing her six-year-old daughter to a tanning booth where she was in a tanning bad, resulting in a little sunburn. Krentcil pleased not guilty in May to child endangerment charges after being arrested the previous month, and was released on $2,500 bond.

In August, Krentcil was at a drag show in a New York City night club and told the crowd: "I never took my daughter into a tanning salon," WCBS reported.

That same month, Krentcil appeared "In Touch" magazine without her tan after being challenged by the publication to go without a tan for a month.