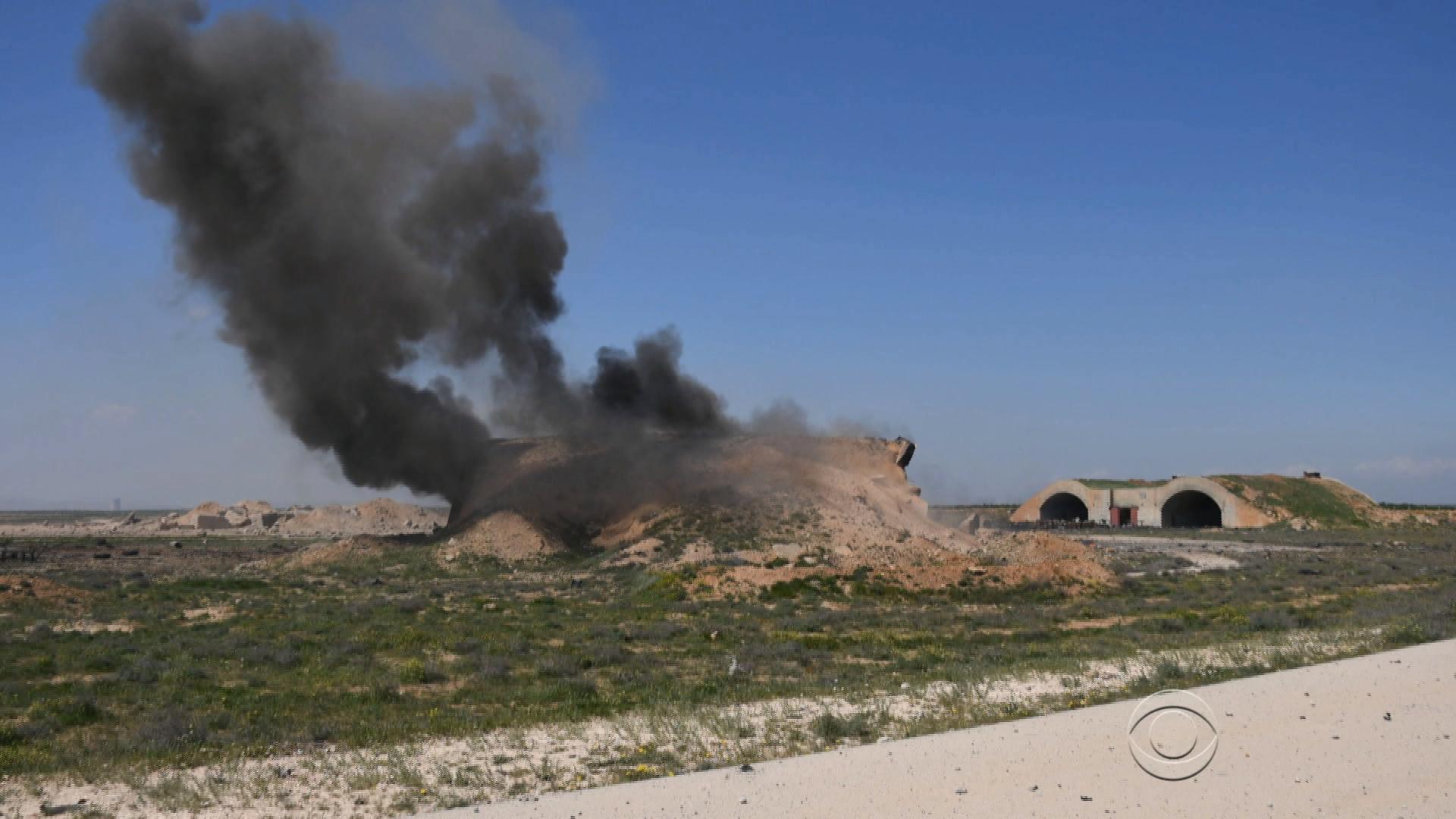 Syrian President Bashar al-Assad remains in power because Russia saved him with air power and ground forces. After a nerve gas attack in 2013, the Russians and the Obama administration cooperated in a project to seize and destroy Assad’s chemical weapons.

From state TV, which broadcast pictures of the aftermath of Thursday’s attack by the U.S., to Russia’s representative at the U.N., the outrage was unanimous.

In Moscow, Maj. Gen. Igor Konashenkov said the missile attack on the Shayrat airfield violated Russia’s agreement to cooperate with the U.S. in the fight against ISIS.

Russia has been fighting in Syria - but on Assad’s side - since 2015. The Kremlin says it’s there to fight terrorism. But military analysts say it’s to protect its only Mediterranean base on Syria’s coast and its own influence in the Middle East.

As soon as the news of the chemical attack horrified the world on Tuesday, Russia denied Syria’s military was responsible.

In fact, back in 2013, Russia was supposed to make sure the Syrian government gave up all its chemical weapons.

The fact that Syria apparently didn’t is an embarrassment for the Kremlin.

Friday, Russia’s Foreign Minister Sergei Lavrov said the strikes had harmed already-broken U.S.-Russia relations but he hoped the damage would not be irreversible.

In spite of the Kremlin’s anger and outrage, it has left the door open to dialogue. Secretary of State Rex Tillerson will travel to Moscow next week on an official visit and the way forward in Syria will be at the top of the agenda.

Education was a lifeline for this Syrian immigrant. Now he's helping others.
More
Elizabeth Palmer