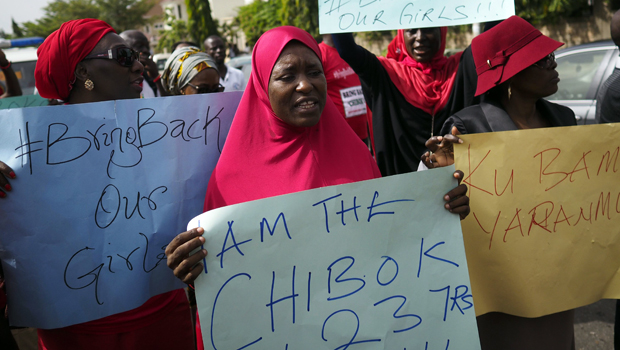 BAUCHI, Nigeria -- Villagers in an area of Nigeria where Boko Haram operates killed and arrested scores of the extremist Islamic militants that were suspected of planning to launch an attack, the residents and a security official said.

The attack on members of the group that holds hundreds of kidnapped schoolgirls comes amid the creation of vigilante groups that are resisting the Islamic uprising.

On Tuesday morning, after it learned of an impending attack by militants, a vigilante group in Kalabalge ambushed two trucks in which gunmen traveled, killing and arresting scores of them, a security official told The Associated Press.

Residents of Kalabalge, in Borno state, said they had formed a vigilante group to foil attacks by Boko Haram amid accusations the Nigerian military is not doing enough to stem attacks.

Borno is where more than 300 girls were abducted last month and one of three Nigerian states where President Goodluck Jonathan has imposed a state of emergency, giving the military special powers to fight the Islamic extremist group. Attacks have persisted despite a heightened military presence, drawing criticism from residents and civic groups that say the government is not acting fast enough to contain the insurgency.

Jonathan this week sought to extend the state of emergency for six more months.

Boko Haram has gained global notoriety following its abduction of schoolgirls on April 15 in Chibok. At least 276 of them are still held captive, with the group's leader threatening to sell them into slavery. In a video released on Monday, he offered to release the girls in exchange for the freedom of jailed Boko Haram members.

In Kalabalge, a village about 155 miles from the Borno state capital of Maiduguri, residents appear to be taking matters into their own hands.

Kalabalge trader Ajid Musa said "it is impossible" for militants to stage attacks there, after residents organized the vigilante group.

"That is why most attacks by the Boko Haram on our village continued (to) fail because they cannot come in here and start shooting and killing people," he said.