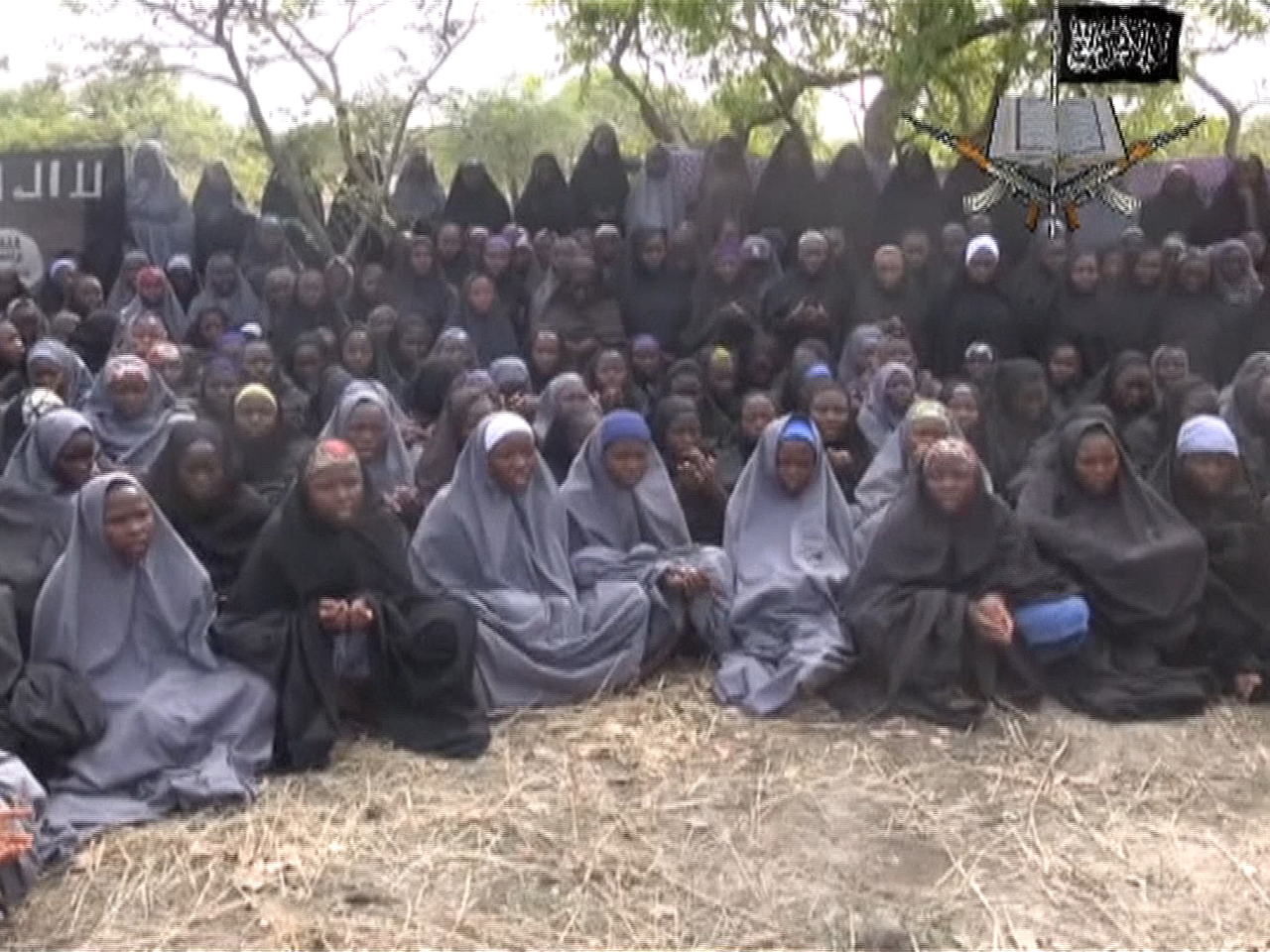 ABUJA, Nigeria - Nigeria's military has located nearly 300 school girls abducted by Islamic extremists but fears using force to try to free them could get them killed, the country's chief of defense said Monday.

Air Marshal Alex Badeh told demonstrators supporting the much criticized military that Nigerian troops can save the girls. But he added, "We can't go and kill our girls in the name of trying to get them back."

He spoke to thousands of demonstrators who marched to Defense Ministry headquarters in Abuja, the capital. Many were brought in on buses, indicating it was an organized event.

Asked by reporters where they had found the girls, Badeh refused to elaborate.

"We want our girls back. I can tell you we can do it. Our military can do it. But where they are held, can we go with force?" he asked the crowd.

People roared back, "No!"

"If we go with force what will happen?" he asked.

"They will die," the demonstrators said.

Badeh said no one should criticize the military.

"Nobody should come and say the Nigerian military does not know what it is doing. We know what we are doing," he insisted.

Nigeria's military and government have faced national and international outrage over their failure to rescue the girls seized by Boko Haram militants from a remote northeastern school six weeks ago.

President Goodluck Jonathan was forced this month to accept international help. American planes have been searching for the girls and Britain, France, Israel and other countries have sent experts in surveillance and hostage negotiation.

The U.S. State Department had no immediate comment on the reports about the missing Nigerian girls. A Pentagon spokesman said the Defense Department could not confirm that the girls had been located.

Jonathan's reluctance to accept offered help for weeks is seen as unwillingness to have outsiders looking in on what is considered a very corrupt force.

Soldiers have told The Associated Press that they are not properly paid, are dumped in dangerous bush with no supplies and that the Boko Haram extremists holding the girls are better equipped than they are.

Some soldiers have said officers enriching themselves off the defense budget have no interest in halting the five-year-old uprising that has killed thousands.

Soldiers near mutiny earlier this month fired on the car of a commanding officer come to pay his respects to the bodies of 12 soldiers who their colleagues said were unnecessarily killed by the insurgents in a night-time ambush.

The military also is accused of killing thousands of detainees held illegally in their barracks, some by shooting, some by torture and many starved to death or asphyxiated in overcrowded cells.

More than 300 teenagers were abducted from their school in the town Chibok on April 15. Police say 53 escaped on their own and 276 remain captive.

A Boko Haram video has shown some of the girls reciting Quranic verses in Arabic and two of them explaining why they had converted from Christianity to Islam in captivity. Unverified reports have indicated two may have died of snake bites, that some have been forced to marry their abductors and that some may have been carried across borders into Chad and Cameroon.

Boko Haram - the nickname means "Western education is sinful" - believes Western influences have corrupted Nigerian society and want to install an Islamic state under strict Shariah law, though the population 170 million people is divided almost equally between Christians and Muslims.

The leader of Boko Haram has said he would exchange the girls for imprisoned members of his militant Islamic group.

Officially Nigeria does not negotiate with terrorists but CBS News sources said as late as last week that secret talks were continuing.

However, the BBC reported Monday that talks had broken down.