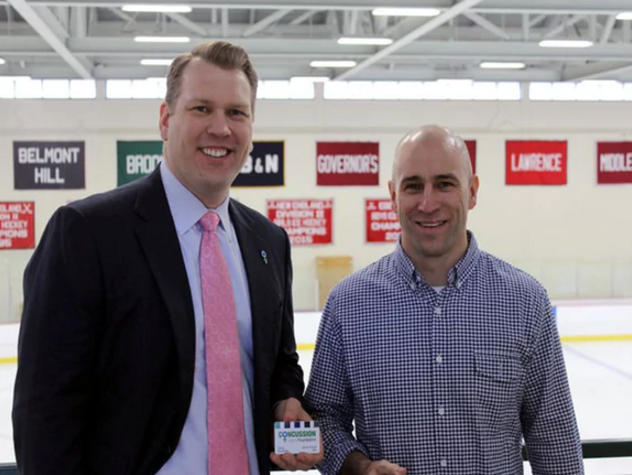 Several former National Hockey League players have joined the growing number of pro athletes who have pledged their brains to research on chronic traumatic encephalopathy (CTE) -- a devastating brain disease that has been linked to repetitive head trauma.

The Concussion Legacy Foundation announced that four former professional hockey players plan to donate their brains to the organization. They include Stanley Cup Champion Shawn McEachern, who played in the NHL for 14 years, scoring 256 goals in his career.

“This is something I really want to do to help the sport long-term,” McEachern said in a news release from the foundation. “I would tell my friends the same thing, that this is something we can all do to raise awareness and help the sport. I have three kids that play hockey, I coach a prep school team and I’m a former player, so I know how important this research is.”

Scientists believe that multiple concussions, or even less severe blows to the head, may trigger CTE, according to the foundation.

Numerous National Football League players have been diagnosed with CTE after their deaths. Performing an autopsy is the only way to definitively diagnose the condition, the Boston-based foundation explained.

A.J. Griswold, an Olympic gold medalist and former USA Hockey Women’s Player of the Year, has also pledged her brain to research.

“I want to do anything I can in my years after playing to help future generations, whether it be my kids, my friends’ kids, or my kids’ friends,” said Griswold. “There’s still so much we don’t know, which is why the research is so important.”

Former Boston Bruins star and 10-year NHL veteran Bob Sweeney has also taken the pledge along with Ted Drury, who played in the NHL for eight years.

CTE and concussions affect not only hockey and football players, the foundation noted. More than 1,500 former athletes from all sports backgrounds, and military veterans, have pledged to donate their brains to the foundation over the past nine years.

Soccer star Brandi Chastain and NASCAR driver Dale Earnhardt Jr. are among those who have made this pledge.

In 2008, the Concussion Legacy Foundation teamed up with Boston University and the U.S. Department of Veterans Affairs to establish a CTE brain bank with subspecialties in concussion, ALS and other conditions associated with brain trauma.

“The hundreds of cases of CTE diagnosed at the [brain bank] continue to show us that the devastating effects of CTE are not unique to just one or two sports,” said Chris Nowinski, co-founder and CEO of the Concussion Legacy Foundation.

“For this group of U.S. hockey icons to pledge and raise awareness is a great sign that former players are looking after the future of hockey,” he said.