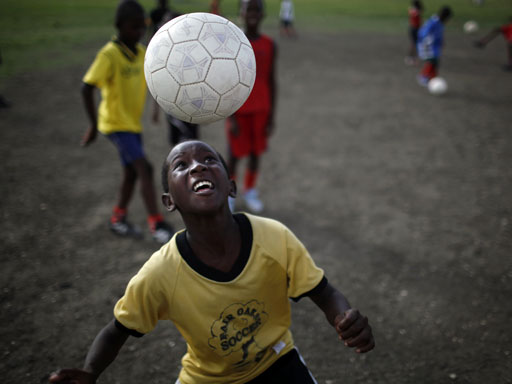 The findings, based on 25 years of data, partly reflect soccer’s growing popularity. But the researchers and sports medicine experts believe the trend also is a result of greater awareness about concussions and their potential risks. Coaches and parents are likely seeking emergency treatment for symptoms that in previous years might have been downplayed or overlooked.

That trend underscores a need for better safety education and injury prevention in youth soccer, said Dr. Huiyun Xiang, the lead author and a researcher at the Center for Injury Research and Policy at Nationwide Children’s Hospital in Columbus, Ohio.

“Concussions can have significant consequences in terms of cognitive function and brain development,” Xiang said.

His study is an analysis of data from a national injury surveillance system and was published Monday in Pediatrics.

According to U.S. Youth Soccer, there were more than 3 million registered soccer players younger than 19 in 2014, almost twice as many as in 1990.

The rate of injuries from playing soccer has ranked second behind football in other studies on youth sports, including an analysis of 2015-2016 data from Reporting Information Online, an internet-based injury surveillance system for high school sports.

“Kids are playing more frequently than they used to. They are playing year round and in more leagues than they have done before,” said Tracy Meehan, a researcher at Nationwide Children’s Hospital, to CBS News correspondent Ben Tracy.

For boys, football-related concussions result in more ER visits than other sports, according to previous research. For girls, it’s soccer, according to an analysis of 2001-2012 data by the federal Centers for Disease Control and Prevention. The current study lacks information on gender-specific soccer injury rates.

Sprains and fractures were the most common injuries; most players were not hospitalized. Falling and getting hit by another player or the ball were among leading causes of injury but there’s no data in the study on whether many injuries were from heading the ball.

Concern about kids’ injuries from heading led to the U.S. Soccer Federation’s recent restrictions including a ban for kids aged 10 and younger and limits on heading for those aged 11-13.

Fifteen-year-old Josh Zweydorff suffered a concussion last year after colliding with another player.

“He apparently kneed me in the head and I don’t think I ever passed out but I don’t really remember much,” he told Tracy. /sN7=

Labella noted that soccer has become so popular that it attracts kids with a wide range of athletic ability, and that many injuries she treats are in kids who lack adequate strength and conditioning for their soccer level.

“Everyone’s so eager to join the soccer team. They’re signing up because they want to be with their buddies,” she said. “The range of athleticism especially at the youth and preteen level is pretty broad.”