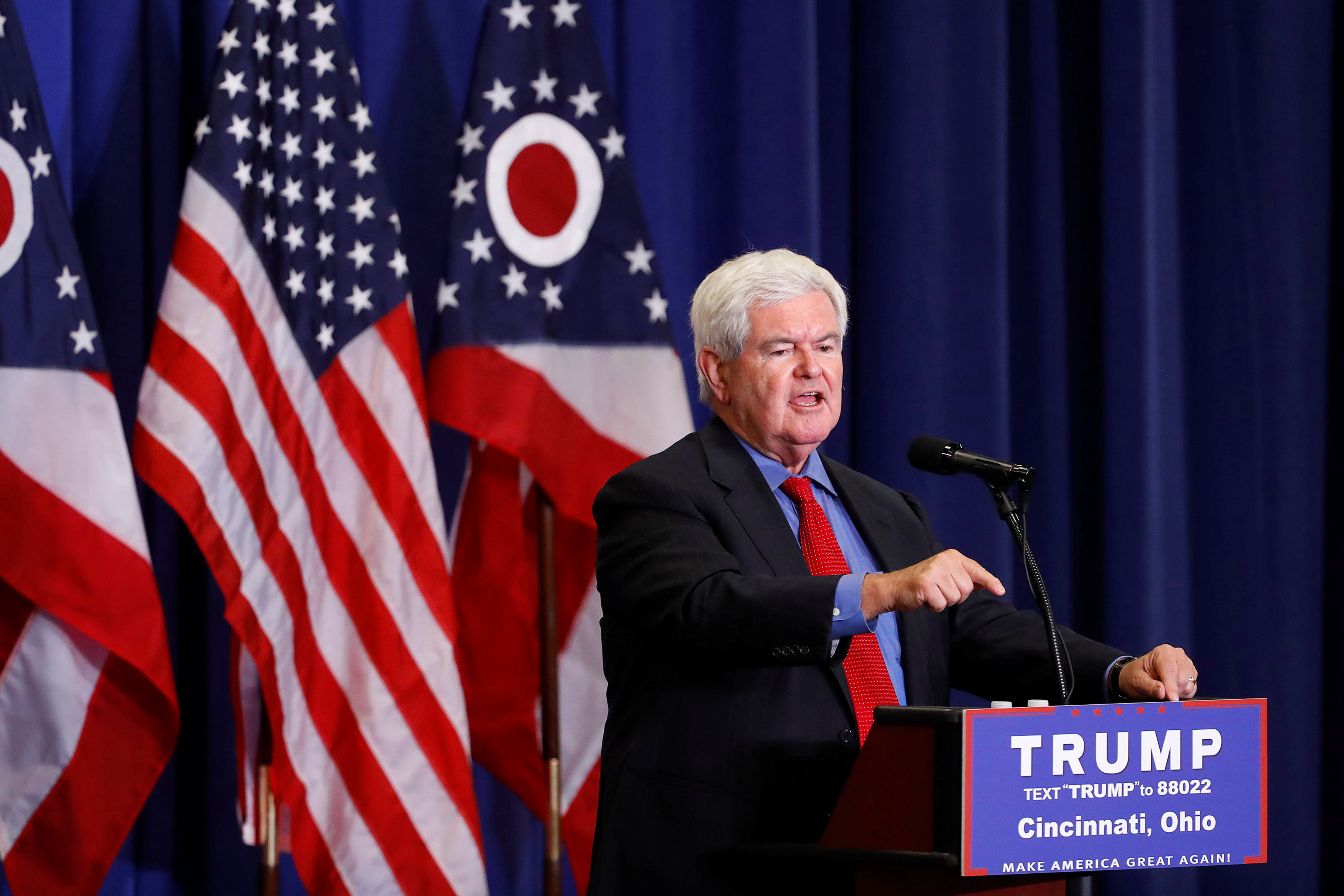 "Five or six people are being vetted. We are at a stage, we can look you in the eye and say yes, I'm being vetted," Gingrich said in an interview with Fox News's Greta Van Susteren.

The former presidential candidate and former House speaker appeared with Trump at a rally Wednesday night.

And if Trump chooses him, Gingrich seems to know how he'll respond.

Gingrich is guessing that Trump will settle on his vice presidential pick on Wednesday or Thursday of next week and make the announcement next Thursday or Friday "so they dominate the weekend news going into the convention."

Originally, Trump said he would announce his running mate at the Republican National Convention in Cleveland, which begins Monday, July 18.

Sen. Bob Corker, R-Tennessee, the chairman of the Senate Foreign Relations Committee has already taken his name out of the running for vice president.