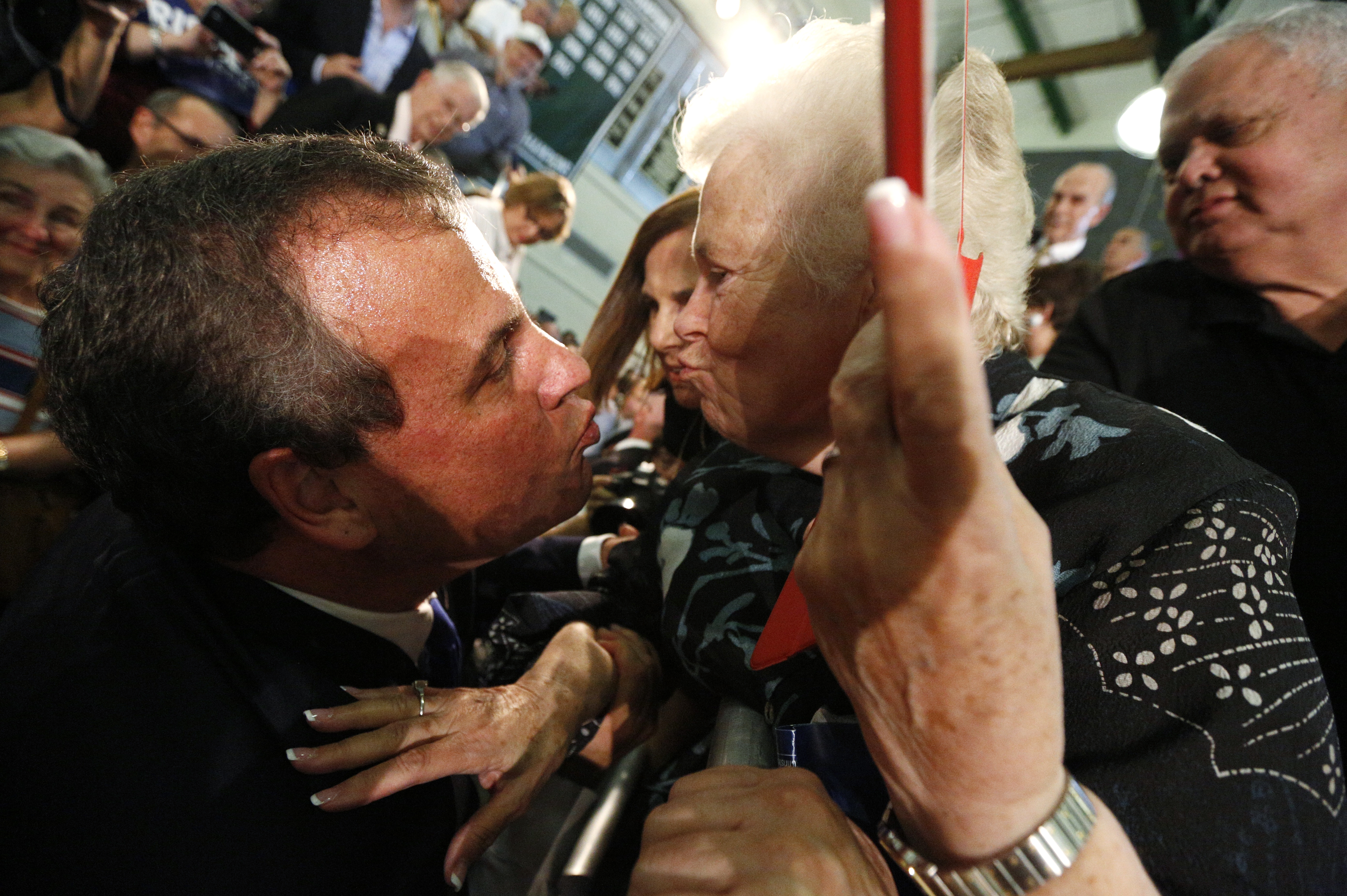 Newt Gingrich should, at this point, be considered the front-runner for the Republican vice presidential nomination.

That's not to say that he's certain to get the job, but he clearly wants it, and he reportedly has admirers in Ivanka Trump and her husband Jared Kushner, perhaps Donald Trump's two most trusted advisers. With Bob Corker and Joni Ernst saying they have no interest in filling out the bottom half of the ticket, you have to assume the nod will go to either Newt or Chris Christie, although Trump insisted Wednesday that his short list includes ten people, including two generals, presumably Lt. Gen. Michael Flynn and someone else.

The dark horse here is Mike Pence, the bland culture warrior from Indiana, who would be a safe pick, albeit not one who is likely to emerge from Trump's shadow. But Pence is a late contender here, and it would make sense that Trump, showman that he is, was just trying to float another name before going with Newt or Christie. Ditto Tom Cotton, an Army vet and outspoken hawk who would not likely relish the chance to defend Trump's bizarrely bellicose dovishness for the next four months.

So Newt or Christie, the has-been or the never-quite-was. And the case for Newt makes some sense. He knows Washington in a way few do. He still has plenty of friends in the donor community, such as billionaire Sheldon Adelson, who almost singlehandedly floated Newt's entire campaign last cycle. He's very smart, a brilliant debater. The Internet polls from Breitbart and Drudge that Trump loves have indicated that he's the pick of his base. And he's consistently proven himself a worthy surrogate, displaying the needed willingness to defend Trump's boasts and pronouncements.

Christie, meanwhile, has not exactly boosted his reputation with his slavish devotion to Trump these past few months. He's deeply unpopular in his own state. Bridgegate remains one of the weirder political scandals of recent years - even if you somehow think punishing a little mayor like that is an acceptable thing to do in the ugly world of Northeastern politics, it takes a special kind of incompetence to leave a paper trail like that.

Maybe most importantly, Trump's in-laws despise him - what are the chances that Jared Kushner will like elevating Christie to running mate, given that Christie, as a U.S. Attorney, was the guy who sent Kushner's real estate mogul father to jail?

And yet the case for Gingrich remains unconvincing. One of the arguments for picking Newt you hear is that he will calm down the Washington establishment that's still understandably despairing over Trump. They know him. They've seen what he can accomplish and how bright he is.

I don't buy it. That is not the message selecting Newt will send, especially to the establishmentarians who know him best. He is not a steady hand, which they understand. Many in D.C. are fond of him personally, but his erratic style and at-times manic disposition are unnerving. Were Gingrich somehow the nominee this year, in fact, we'd all be talking about the same things we are now with regard to his veep selection: the guy needs an adult in the room who can keep him in check.

Think about it for a moment. Trump's biggest problem, at least when it comes to the Washington Republicans that Newt can theoretically win over, are his strange stream-of-conscious musings and outré policy ideas. And the supposed antidote to that is...Speaker Moonbase? Really?

Because Gingrich, bless his heart, really has had no shortage of out-there proposals over the years, from a permanent moon colony to a series of space-based mirrors to light up American highways at night. (Space travel has always been one of Newt's pet obsessions, the sci-fi writer Isaac Asimov being a major influence on his thinking.)

A big test of this election is whether Trump can focus the spotlight on Clinton and make this election more of a referendum on her than it is on him. That would be an enormous undertaking for Trump in the best circumstances. Putting Newt on the ticket will not help. Gingrich has said that he has about 10 ideas a day, and at least two of them are typically "very weird." The Trump ticket does not need more very weird. When, come October, Trump says something controversial, he will not need a vice president who tries to pivot the conversation to terraforming Jupiter.

So that's the case against Newt before we get into his immense personal baggage, his rocky Speakership, and his failed crusades against the Clintons. Enough has been written about all that - google "Marianne Gingrich" if you'd like a refresher - so let's get back to Christie, the other guy who really wants the job.

We've forgotten, after Bridgegate and the go-nowhere presidential run, about how compelling Christie can be as a speaker, and how astute he often is politically. And perhaps most importantly, he was a highly-regarded federal prosecutor, a skill set that comes through when he targets one opponent in particular, as he did with Marco Rubio in New Hampshire.

It's been suggested that Trump has no need for an attack dog on the trail, a task usually allocated to the VP contender, because he's constantly in attack mode himself. But he hasn't been very good at tearing down Hillary Clinton, in part because he's so unfocused that he always seems to draw attention away from her whenever she gets bad news. Christie could help redress that weakness, zeroing in Hillary's emails and various ethical lapses while letting Trump do his Trump thing.

Christie, if relieved from defending Trump all the time, could go back-and-forth between Ohio and Pennsylvania making the case that what Clinton did with her email servers was criminally reckless, and that she only beat the rap due to connections. Without the burden of making a positive case for himself - he's just the spare, after all - he could spend all his time building the case against Hillary, a job he is uniquely equipped to do given his legal experience. Trump will be Trump, and there's no fixing that. But Christie the prosecutor on the ticket could at least focus more attention on Hillary's failings, and help make this race more about her deficiencies, and less about Trump's.

Is Christie an ideal running mate? Of course not. But given Trump's slim pickings, he's likely the best choice Trump's got, and certainly the best equipped to take the fight to the Democrats.