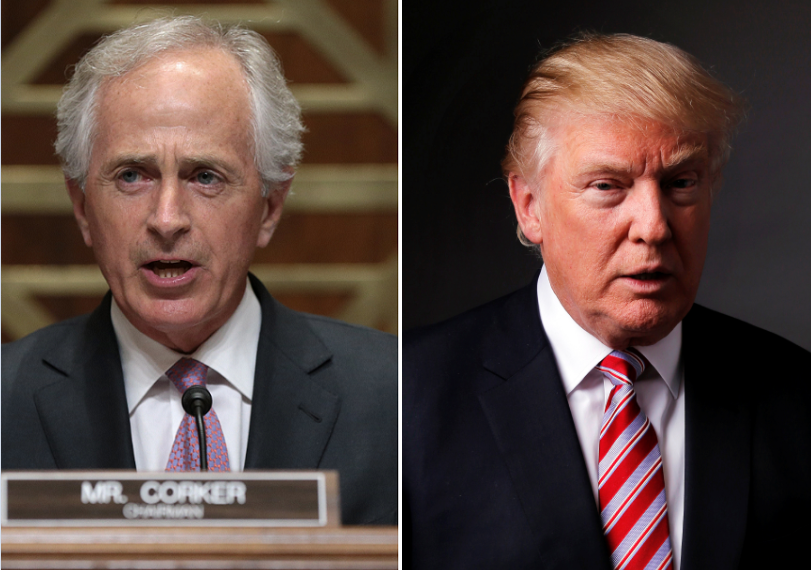 Sen. Bob Corker, R-Tennessee, is withdrawing his name from Donald Trump's possible vice presidential short list, even as he gives his full-throated support to the presumptive GOP nominee.

"There are people far more suited for being a candidate for vice president and I think I'm far more suited for other types of things," Corker said in a phone interview with the Washington Post Wednesday, claiming that his focus on policy -- rather than politics -- would put him at a disadvantage as a running mate.

"It's a highly political job and that's not who I am," Corker said, recalling a conversation he had with Trump aboard his private plane. "We had a very open conversation about that and, actually, we have been very candid about it from the very beginning of our meetings."

But, Corker, who chairs the powerful Senate Foreign Relations Committee and has served as an informal adviser to the campaign on foreign policy matters, said he still backs Trump as the party's nominee -- a feeling reinforced by his recent meetings with the billionaire.

"I left there feeling very good about him as a person but also realized that at age 63, I know the things I'm good at doing and knowing what a candidate for vice president has to do, it's just not the right thing for me and I don't think it's the right thing for them," Corker said.

"So, I'm going to move on," he told the Post. "I am very positive about him as a person. It was incredible to be with him in Raleigh and see the way people react to him. They're so excited and I truly believe he has such an opportunity ahead."

Trump is expected to announce his veep pick before the party's national convention in Cleveland this month.

"I made that very clear to him that I'm focused on Iowa. I feel that I have a lot more to do in the United States Senate. And Iowa is where my heart is," Ernst said Wednesday in an interview with Politico. "I'm just getting started here. I have a great partner with Chuck Grassley, we've been able to accomplish a lot. And I think that President Trump will need some great assistance in the United States Senate and I can provide that."