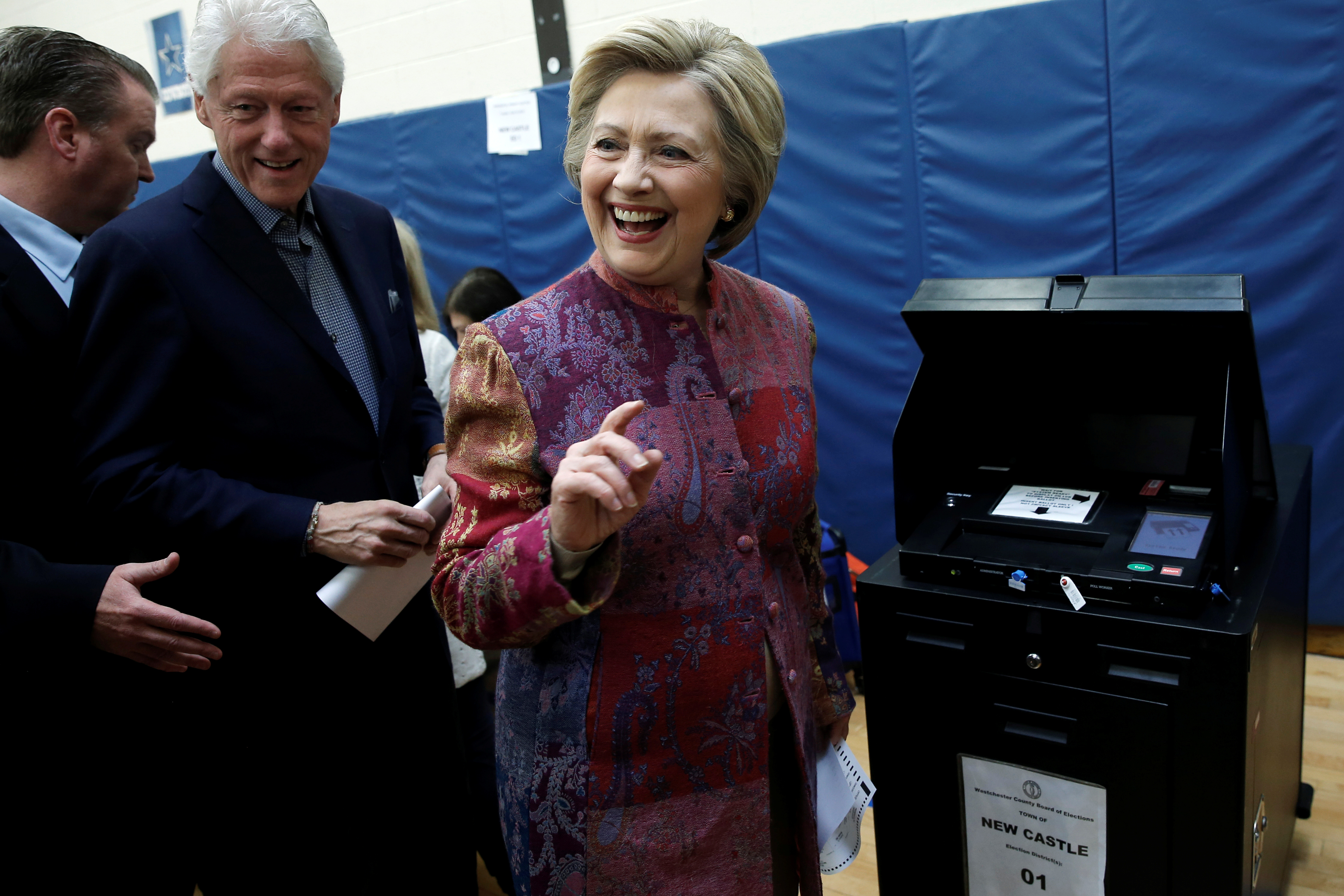 A new ad released by a super PAC backing presumptive Republican nominee Donald Trump suggests that Hillary Clinton is little more than a carbon copy of Bill Clinton, and would bring the same baggage to the White House in 2017.

The 30-second, entitled "More of the Same," intersperses clips of Hillary Clinton denying any improper activity on her private email server with clips of Bill Clinton denying any sexual activity with former White House intern Monica Lewinsky. The clips are edited in a way that blurs the line between the two distinct controversies. The message is clear: that Bill and Hillary Clinton are two politicians cut from the same cloth who use the same language to evade accountability. The ad comes from the super PAC Rebuilding America Now, which has raised $32 million so far from Trump supporters, founder Tom Barrack told CNN last week.

The clips of Hillary Clinton come from an August 2015 news conference in which she defended her use of a private email server that was housed in her Chappaqua, New York home.

"We turned over everything. I did not send classified material and I did not receive any material that was marked or designated classified," Hillary Clinton says in the ad.

The clips of Bill Clinton come from a 1998 speech in which he denied sexual relations with "that woman, Miss Lewinsky."

"I never told anybody to lie. These allegations are false," Bill Clinton says in the ad.

The ad ends with the words "Same old typical politician."

The FBI is currently investigating whether any classified information moved through Clinton's email server and whether any security breaches may have occurred threatening the privacy of that information. Last month, a State Department audit found Clinton "did not comply" with the department's policies on record keeping.

In an interview that aired on yesterday's "Face the Nation," Trump told John Dickerson that Clinton should go to jail for using a private email server as secretary of state.