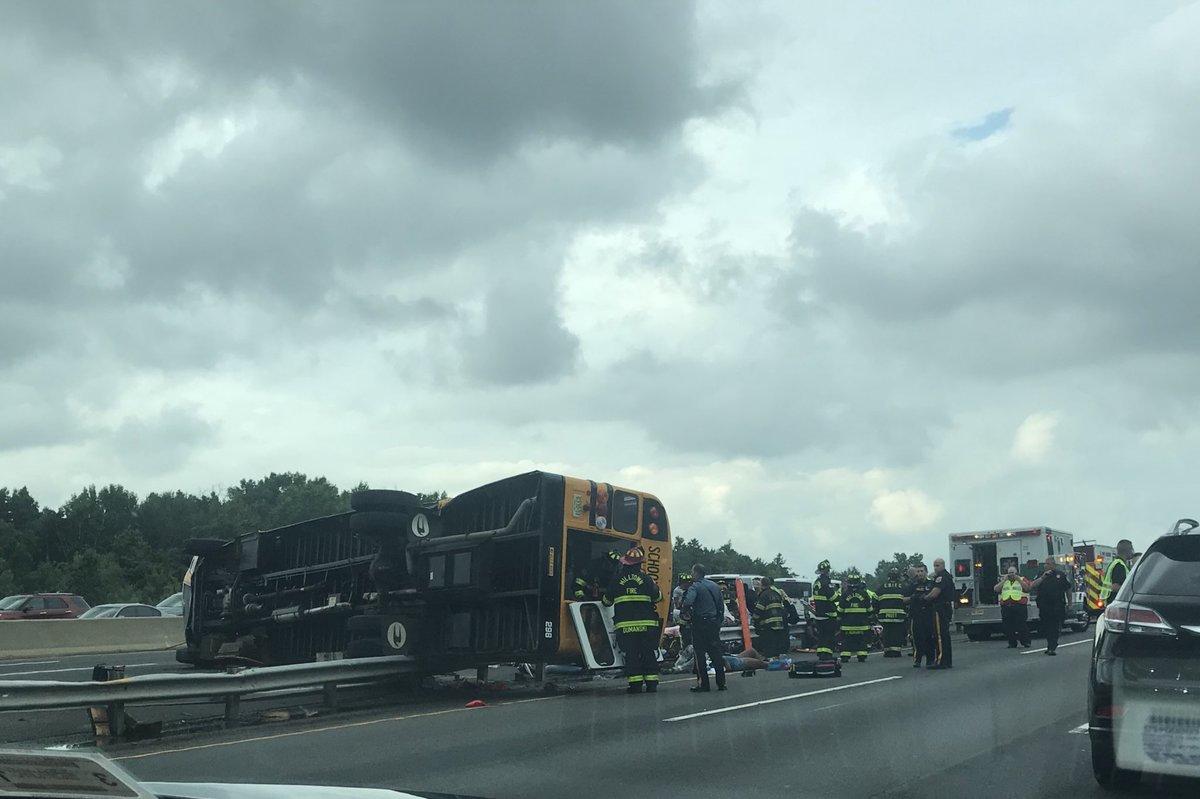 EAST BRUNSWICK, N.J. -- Police say there were no fatalities or serious injuries after a hit-and-run crash around 5:30 p.m. caused a school bus to flip over and block multiple lanes of traffic. The other vehicle in the crash reportedly sped off from the scene, CBS New York reports.

Authorities say 42 adults and children were taken to area hospitals and their injuries are considered non-life-threatening.

The bus overturned Saturday in East Brunswick. The bus was heading back to Newark from the Mayor's Family Reunion/Picnic at the Black Bear Lake Country Club in Millstone, N.J.

Newark Mayor Ras Baraka went to a hospital after the crash to meet with families involved in the crash.

New Jersey State Police closed both local and express lanes of the turnpike for about an hour to deal with those injured and clear the road to resume traffic.