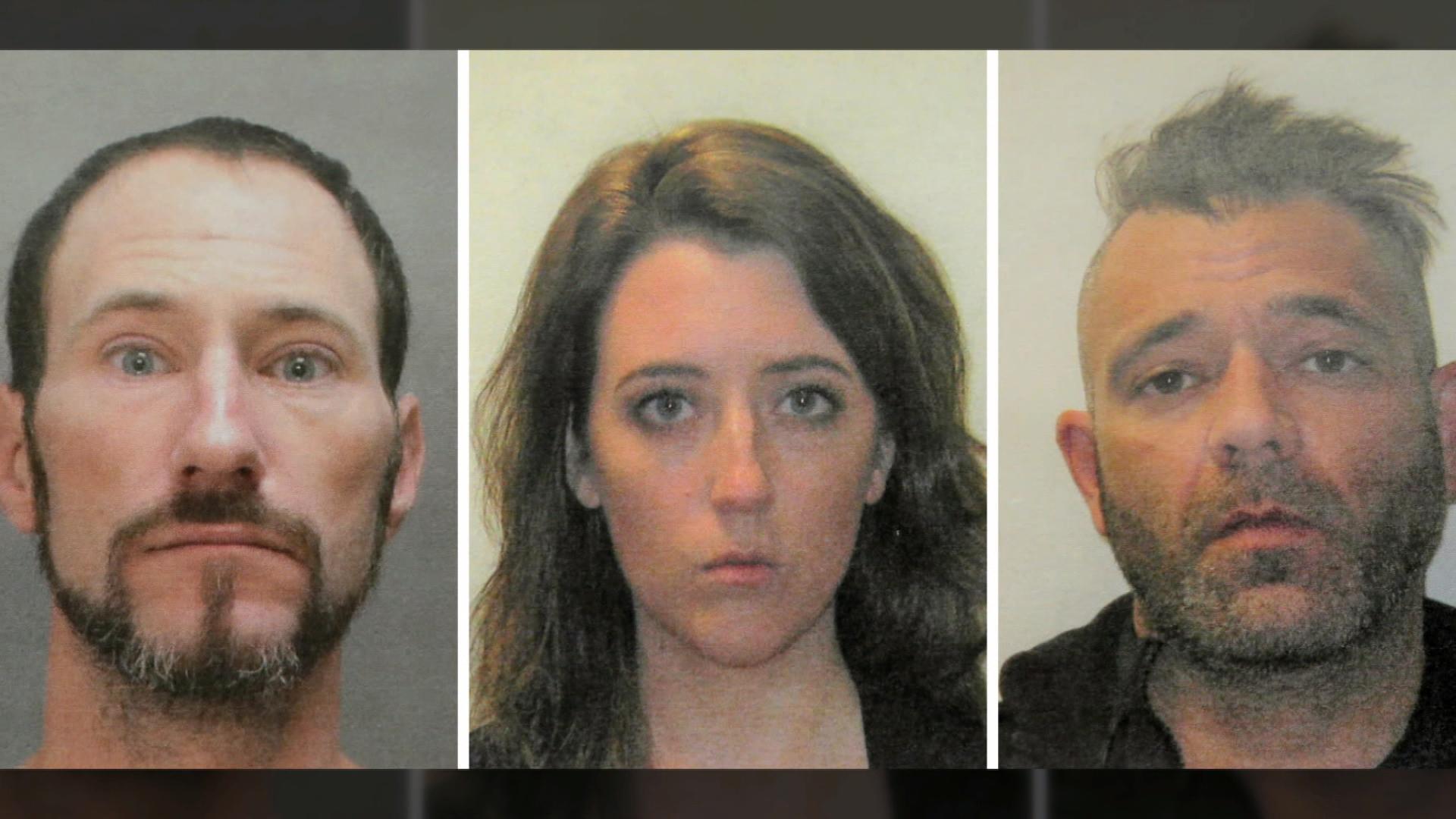 A New Jersey couple and homeless veteran who captured international attention and praise for their heartwarming "good Samaritan" tale have been arrested for fraud, an unexpected twist in a yearlong story of good deeds gone wrong. The Burlington County prosecutor's office announced the charges Thursday.

The woman, Katelyn McClure, and her boyfriend, Mark D'Amico, started a GoFundMe campaign for Johnny Bobbitt last year after sharing a story of how he supposedly offered his last $20 to help McClure when her car ran out of gas.

The "Paying it Forward" fundraiser was immensely popular, collecting over $400,000 from over 14,000 donors around the world. But the feel-good story quickly started to unravel into a dispute over money. And now prosecutors say it was all a scam from the beginning.

"It might seem too good to be true and unfortunately it was," prosecutor Scott Coffina said at a press conference Thursday afternoon. "The entire campaign was predicated on a lie."

According to Coffina, McClure texted a friend less than an hour after the GoFundMe campaign launched, saying the story was "completely made up." McClure did not run out of gas on an I-95 ramp and Bobbitt did not offer his last $20 to help her.  In the text exchange, McClure told her friends to "shh about the made up stuff," Coffina said.

Instead, prosecutors allege the trio met a month prior to the fundraiser's launch at a local casino they all frequented and conspired to raise the money with a story that would resonate with potential donors. The crowdsourced fundraiser, brought in nearly $403,000 during the 2017 holiday season.

"It was an irresistibly heartwarming tale," Coffina said.

McClure and D'Amico quickly spent the funds on expensive handbags, jewelry, and a lavish New Year's Eve trip to Las Vegas, according to a press release from the prosecutor's office. ATM information shows that the couple withdrew upwards of $85,000 in the immediate vicinity of casinos in Atlantic City, Bensalem, Philadelphia and Las Vegas. By March 2018, less than $10,000 remained.

Bobbitt sued the couple in September, claiming McClue and D'Amico has mismanaged the funds, using the donated money as a "personal piggy bank" to bankroll a extravagant lifestyle that the receptionist and carpenter otherwise couldn't afford. A superior court judge in Burlington County ordered sworn statements to find out where the money had gone.

But that didn't stop the couple from pursuing a book deal about their supposed charitable act, Coffina said at the press conference. The titled of the would-be book was "No Good Deed."

Each side gave differing accounts as to what happened to the money. Bobbitt's attorney said he'd only been given $75,000 but the couple insisted they had given him $200,000. GoFundMe collected $30,000 in fees. In early September, the couple's home was raided by investigators who also seized their BMW.

GoFundMe said they will refund the money to donors.