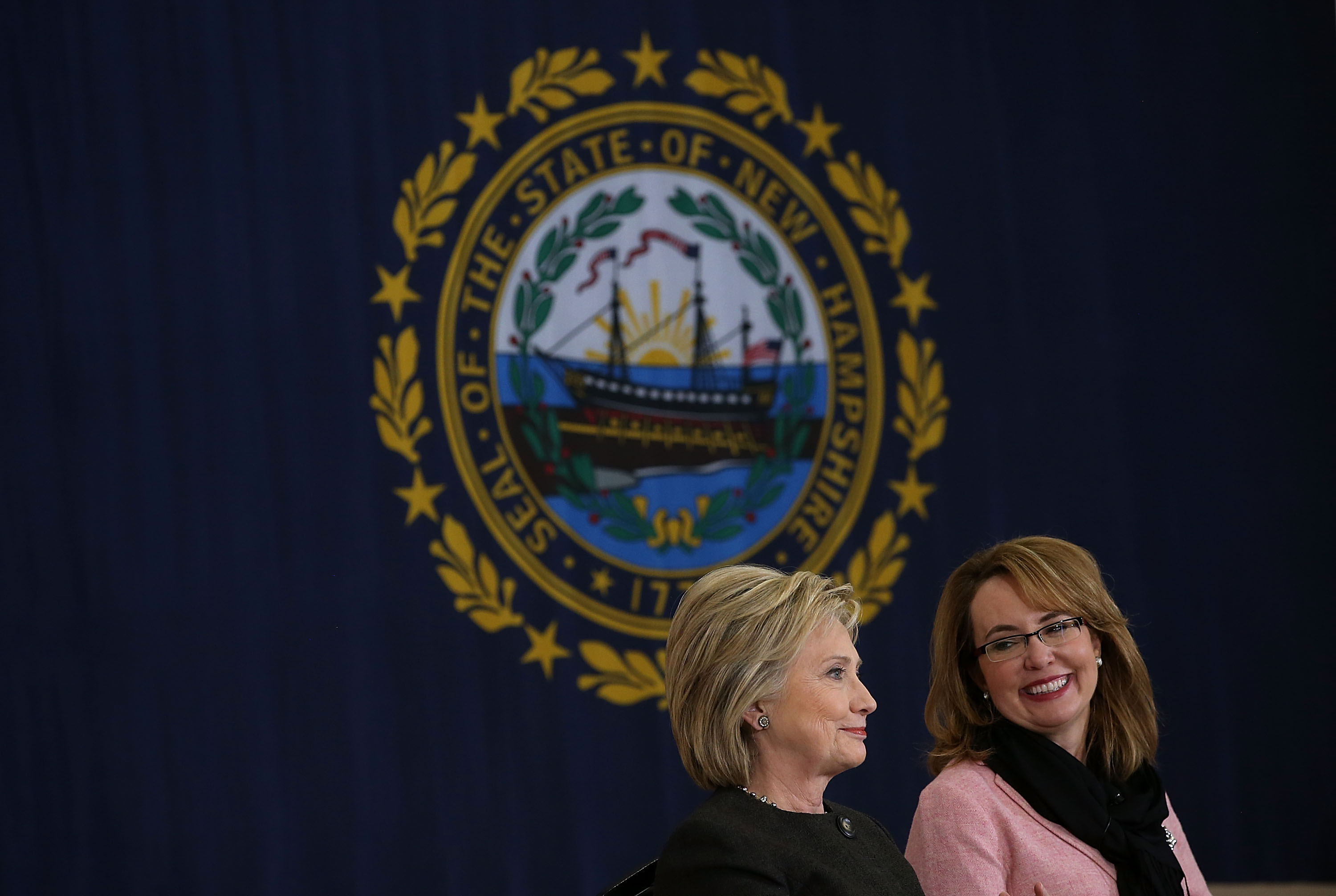 ORANGEBURG, S.C. -- In an ad set to go on the air this weekend in Massachusetts, former Rep. Gabby Giffords, D-Arizona, says that Hillary Clinton "will fight to make our families safer."

"I'm fed up," Giffords says in the ad, a 30-second spot which features the former congresswoman speaking straight to camera. "We have a gun violence problem, so I am voting for Hillary Clinton."

Giffords, a leading advocate for gun safety reform since she was wounded in a 2011 mass shooting in Tucson, endorsed Clinton in January. Since then, she has campaigned with her husband, Mark Kelly, for Clinton in Iowa, New Hampshire, Colorado and, most recently, South Carolina.

At a forum featuring mothers of victims of gun violence and police brutality at a church in Columbia on Tuesday, the audience gave Giffords a standing ovation.

"Speaking is difficult for me," she said, "but, come January, I want to say these two words: Madame President."

In the ad, Giffords says that Clinton will "stand up to the gun lobby."

Clinton has made gun safety reform a central part of her campaign platform and has sought to contrast her record on guns with that of her rival, Bernie Sanders. She has repeatedly criticized Sanders on the campaign trail for his votes against the Brady Bill and his vote in 2005 for the law that shields gun manufacturers and sellers from liability lawsuits.

Sanders recently co-sponsored a bill introduced by Democrats in Congress to reverse the law.

The ad, which airs just days after a mass shooting in Hesston, Kansas left three people dead, is one of many released by the Clinton campaign that will reach voters in states that vote on March 1, or Super Tuesday. Clinton is counting on big wins in many of the states, especially in the South, to give her a boost in the race for delegates.

Sanders visited Massachusetts on Monday. According to the latest polling in the state by WBUR, it's a tight race there: Clinton is ahead of Sanders by just five points, 49 percent to his 44 percent.