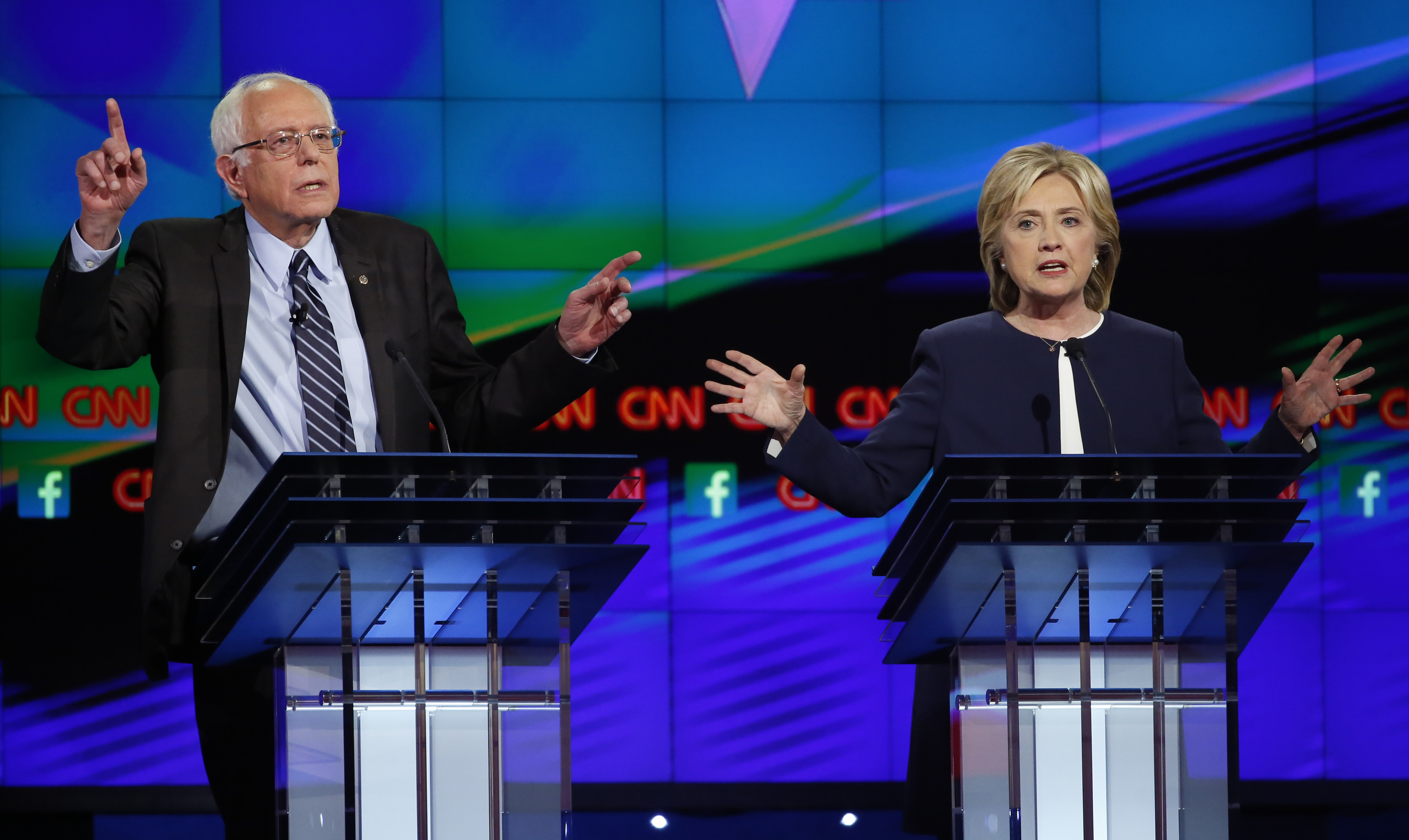 WASHINGTON -- Hillary Clinton jumped at a chance Friday to portray rival Sen. Bernie Sanders as being at odds with President Barack Obama on gun control after the president denounced legislation protecting gun-makers from lawsuits.

Clinton's campaign chairman, former Obama adviser John Podesta, called on Sanders to join Obama and Clinton by taking on the issue of liability for gun manufacturers whose firearms are used in a crime. And Clinton herself called in to a cable news show to challenge Sanders to change his tune.

"Maybe it's time for Sen. Sanders to stand up and say, 'I got this one wrong,'" Clinton told MSNBC's "Hardball" on Friday. "When it really mattered, Sen. Sanders voted with the gun lobby, and I voted against the gun lobby."

Sanders aides said there was "zero daylight" between Obama and Sanders and have argued that he was re-evaluating his position on the gun manufacturer liability law he voted for in 2005.

Clinton has spent months going after Sanders' record on gun control. A fresh opening came with the op-ed penned by Obama in Friday's New York Times in which he referred to the "virtual immunity from lawsuits" that he said gun manufacturers enjoy.

"I will not campaign for, vote for or support any candidate, even in my own party, who does not support common-sense gun reform," Obama wrote.

White House spokesman Josh Earnest said Obama had intentionally raised the issue of liability for gun manufacturers, adding that if Sanders became the Democratic nominee, the White House would have to examine his record to determine whether Obama can support him.

Earnest said Obama hadn't intended to send any "secret or subtle signal" about his preferred candidate in the Democratic primary. And he pointed out that Sanders had recently said he was open to reconsidering his opposition to liability legislation, perhaps in response to Obama's executive actions.

"That's exactly the goal here, right?" Earnest told reporters at the White House. "We want people to change their minds. We want members of Congress to start taking different positions."

In Iowa, Sanders criticized the former secretary of state over a proposal to provide workers with three months of paid family and medical leave. The senator supports Senate legislation that would pay for the more generous benefits by raising the payroll tax on a typical worker by $1.61 per week.

Clinton supports providing three months of paid leave but opposes the Senate bill because she has said she won't raise taxes on families earning $250,000 a year or less. Sanders campaign manager Jeff Weaver said the gun dispute was an effort to turn the focus away from other issues.

"The conversation that they don't want to have is about why Secretary Clinton doesn't support the family medical leave bill, her record on Wall Street and a host of other issues," Weaver said.

The attacks, coming less than a month before the first round of primary voting, mark an effort by the Clinton team to cast their candidate as the natural heir to Obama, who remains a beloved figure among Democratic primary voters. Obama has sought to avoid showing favoritism in the Democratic primary, in which Clinton and Sanders have both portrayed themselves as the best protector of Obama's legacy.

While Sanders has wooed the Democratic base with his liberal positions, he's had to defend a more mixed record on gun legislation - a reflection, he says, of his rural, gun-friendly home state.

After the Sandy Hook Elementary School shooting in Connecticut, Sanders backed all the Democratic gun bills brought up in Congress. But in 1993, he voted against the landmark Brady handgun bill, which imposed a five-day waiting period for gun purchases.