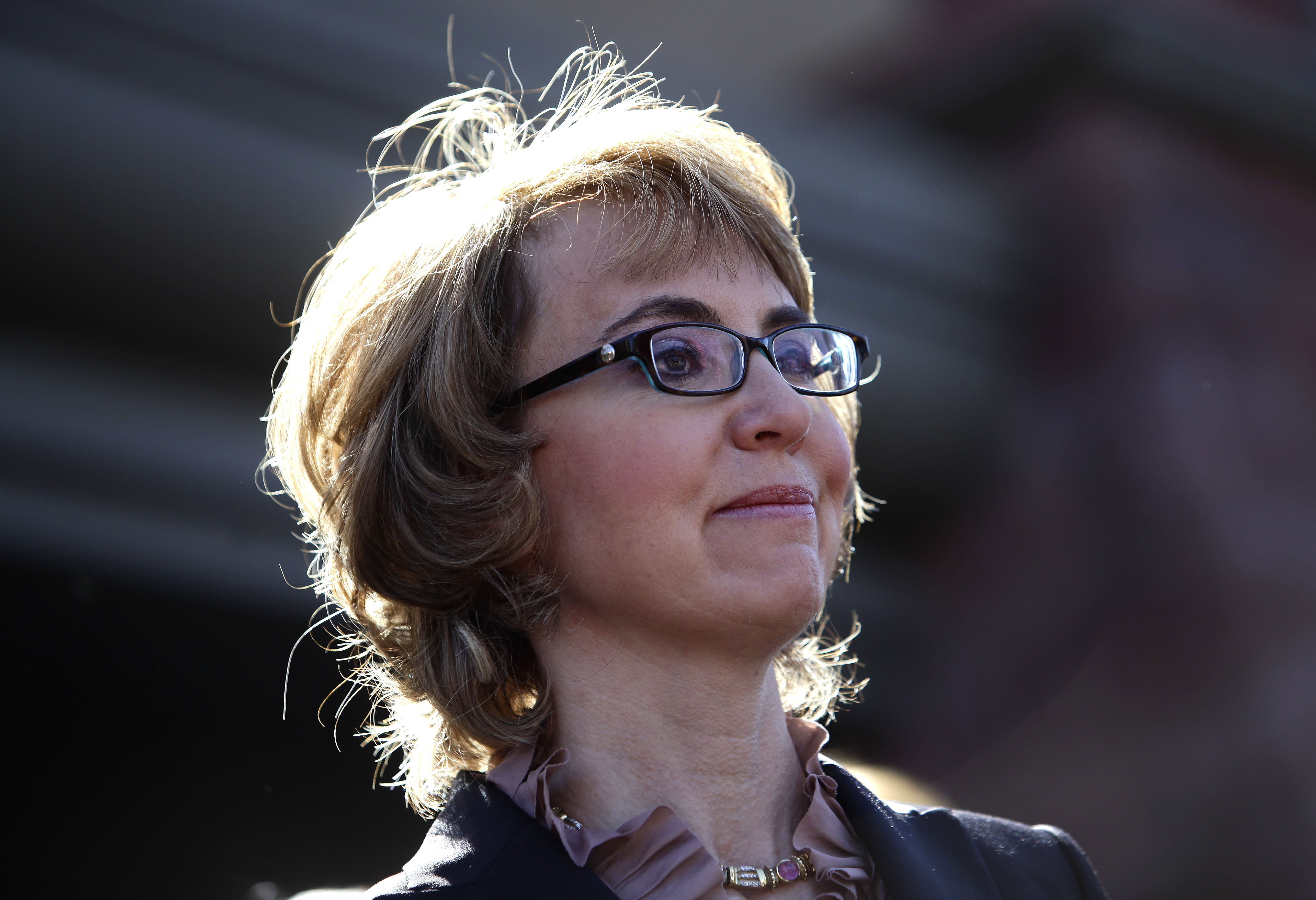 Giffords and her husband, retired astronaut Mark Kelly, will officially announce their endorsement of the candidate later this week, with Clinton's position on gun control playing a role in their decision.

The couple's endorsement is a personal one and not a decision from their political action committee, Americans for Responsible Solutions.

The former Arizona congresswoman has been a staunch advocate of tightening firearm legislation since 2011, when a gunman opened fire at a supermarket parking lot in Tucson, shooting Giffords in the head and killing six others. This weekend was the fifth anniversary of the shooting.

Giffords, herself a gun owner, sat front row at the president's emotional press conference last week, where he announced new executive actions that would expand background checks on firearm sales and close the so-called "gun-show loophole." Giffords and Kelly, in numerous private meetings with the White House, helped lead the effort around defining what it means to be "in the business" of selling guns, which provided the basis of the president's recent background check initiatives.

Since launching her second presidential campaign, Clinton has rolled out new proposals for gun safety, which fall in line with the president's latest executive actions on closing regulatory loopholes. Clinton has also pressed her chief rival for the Democratic presidential nomination, Sen. Bernie Sanders, I-Vermont, to change his stance on protecting gun manufacturers from lawsuits.

Sanders voted in favor of 2005 law that absolved gun manufacturers of any legal liability when someone uses their products during the commission of a crime, a vote he has defended by pointing to the fact that he represents a state with a strong hunting tradition where as recently as 2010 over half of adults owned guns.

But in an interview on CBS' "Face the Nation" Sunday, Clinton noted that the other Vermont senator, Democrat Patrick Leahy, also voted against the 2005 law.

Sanders aides say he is open to re-evaluating his position on the law, but Clinton says that's not enough.

"I think he has been consistently refusing to say that he would vote to repeal this absolute immunity from any kind of responsibility or liability," Clinton said. "It's the only industry in our country where we have given that kind of carte blanche to do whatever you want to do with no fear of legal consequences."

"I think that the excuses and efforts by Senator Sanders to avoid responsibility for this vote, which the NRA hailed as the most important in 20 years, points up a clear difference," she added.

Moderator John Dickerson asked how Sanders' stance is different from Clinton's argument that representing Wall Street as a senator from New York has shaped her views on that issue.

"I think you have really mixed up two important issues here," Clinton said. "I have been consistent on gun lobby restrictions. In fact, I supported the Brady Bill. Senator Sanders voted against it five times. So, there is a very clear difference."

On Wall Street policy, Clinton argues she "took on" big banks by coming out against derivatives, calling for restrictions on CEO pay, and calling out banks for their actions affecting the mortgage market in 2007.

"I do have a history of taking on what I consider to be the abuses that come from any industry, including Wall Street. And I will continue to do so as president," she said.