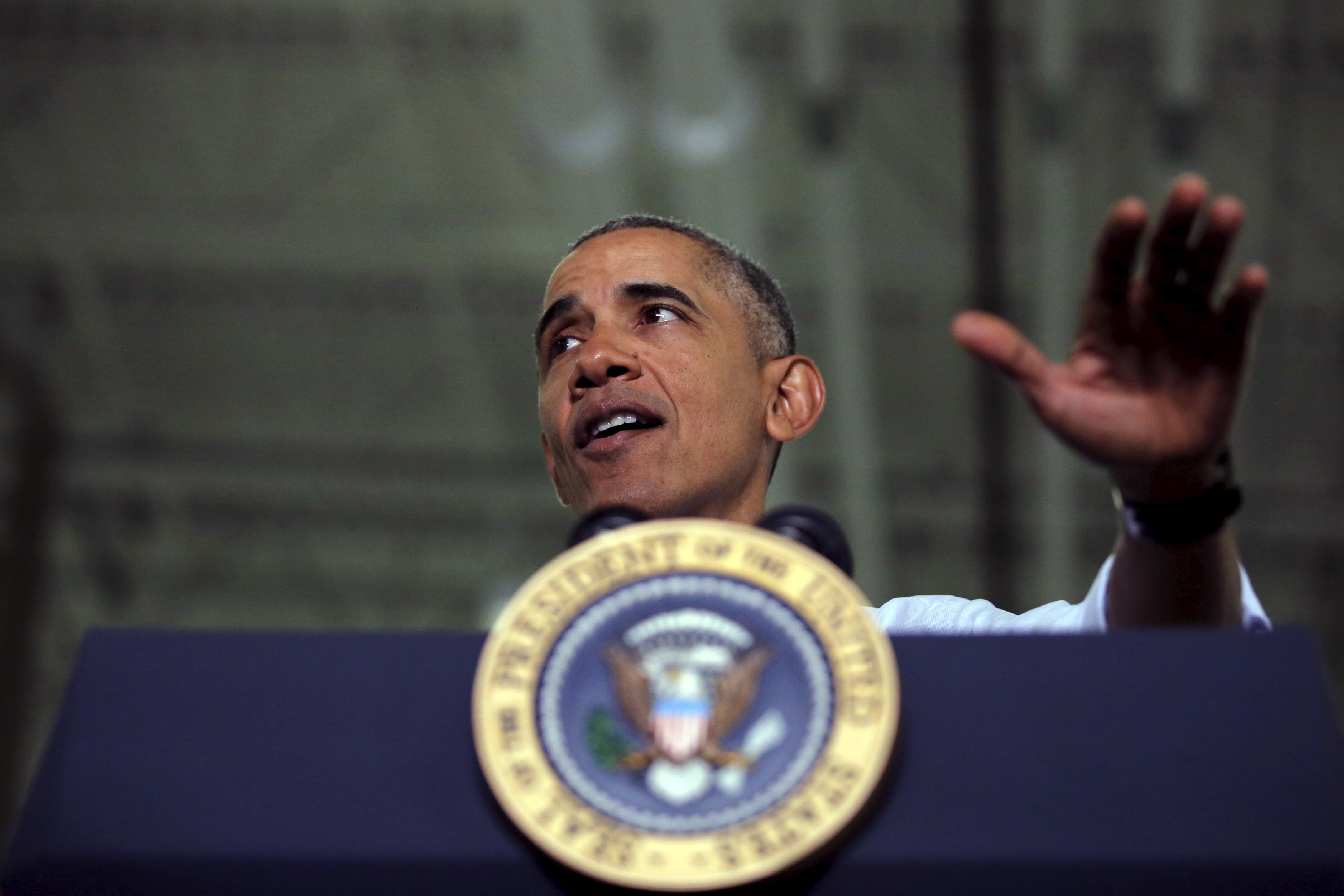 President Obama revived calls for more aggressive policies to address gun violence on Friday, just one day after a gunman shot and killed three people, injuring over a dozen others, during a rampage through Hesston, Kansas.

"We cannot become numb to this," the president urged in Jacksonville, Florida, where he was visiting a lithium battery manufacturing plant. "Anybody who says they want to keep the American people safe has to care about this. Because it's happening in far too many towns and affecting far too many innocent Americans."

Mr. Obama noted that the Hesston shooting, carried out by a disgruntled employee who opened fire at a lawnmower parts factory, was the second prominent incident of gun violence in as many weeks. He also pointed to last weekend's shooting spree in Kalamazoo, Michigan, when an Uber driver killed six people and injured three others.

"These acts may not dominate the news today, but these are two more communities in America that are torn apart by grief," he said. "And I felt it was important for me to say something today because somehow -- as I've said before -- this becomes routine, these sort of mass shootings that are taking place."

While the president promised that he would continue to work on strengthening firearm regulations, he also took a shot at lawmakers who have stonewalled the process.

"Right now this Congress may not have the appetite to do something about it, but we need one that does," Mr. Obama said. "As long as I hold this office, I'm going to keep bringing this up. Even if it's not getting the same attention that it should."

"The real tragedy is the degree to which this has become routine," he added. "Once a week we have these shootings, and it doesn't dominate the news. That's gotta change."

The Kansas shooting occurred just as Republican presidential candidates gathered in Houston, Texas for their tenth and final debate before next week's Super Tuesday nominating contests. While CNN, the network hosting the forum, did not ask any questions about gun control, several contenders harped on the need to protect the Second Amendment.

Later in his speech at the Saft battery plant, the president touted the 2009 policy for an American economy that is "significantly" better off than it was seven years ago. He also praised the payoffs from clean energy investments under his stimulus program.