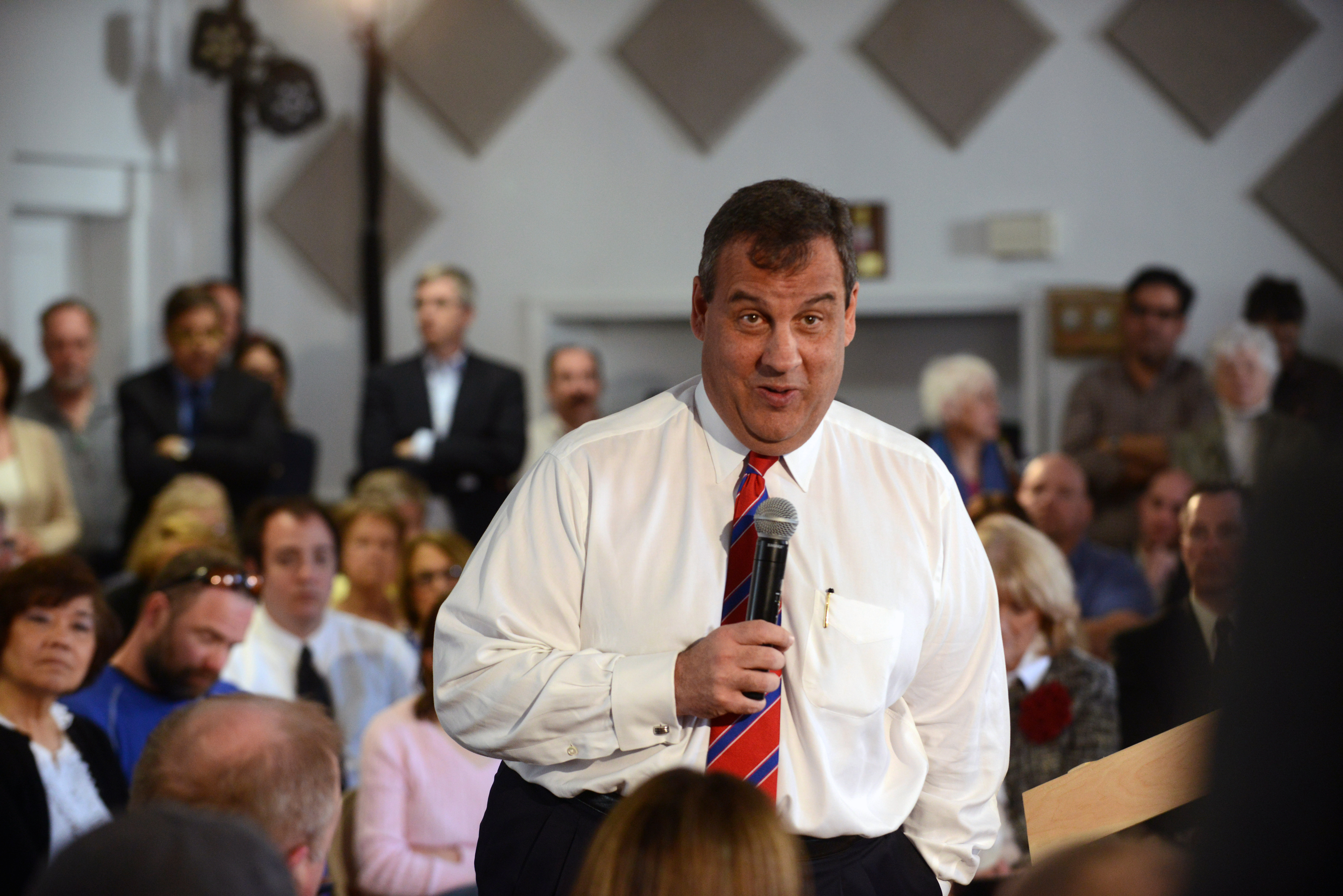 While touring New Hampshire, Chris Christie is responding with ready quips to pointed comments and questions from residents of the state.

"When I was told you were coming here, I went down and made sure personally that the bridges were going to stay open," Buck Mercier, a New Hampshire resident, joked at a breakfast in Manchester. The Chez Vachon diner customer was referring to the "Bridgegate" traffic controversy that shook Christie's administration a year after the New Jersey governor was re-elected.

"Ohhh. I heard there were a lot of wise guys at this diner this morning. Which direction is the bridge? I'll go make sure it's open myself," Christie said, before shaking Mercier's hand.

The September 2013 George Washington Bridge lane closure is being investigated as an event engineered for political retaliation by Christie aides. After the "Bridgegate" scandal first broke, the governor struck a contrite tone, apologizing for the controversy and firing a top aide in the process. An investigation conducted by Christie's lawyers exonerated him from blame in early 2014, and the New Jersey governor has since bounced back in state polls.

But "Bridgegate" may still dog the potential presidential contender on the national stage, if teasing voters in New Hampshire are any indication.

A diner customer who witnessed the bridge backlog firsthand commented, "I was in that traffic jam."

"Were you?" Christie asked.

"Really? How'd it go?" the Republican questioned. "Not well, huh?"

"Yeah, not well," the diner agreed. A round of laughter erupted as the governor turned to leave.

During the meet-and-greet, a customer also commented on the baffling finale of the hit HBO show, 'The Sopranos': "We want to know about Tony, the last episode."

Christie seemed just as befuddled as the rest of the nation about the lead character's fate, despite the governor's close ties to James Gandolfini, the actor who played Tony Soprano.

"What happened to him? You know he didn't tell me either," the New Jersey governor said. "Screen went black and nobody filled me in either."

"God, I've been to Iowa six times since January," Christie said, responding to a question about giving up on the state. "I've been there more than I've been here."

At a town hall later in the day, Christie also weighed in on added transparency in campaign financing, advocating for a "24-hour absolute giving out of information over the internet." The time period, Christie claimed, would allow for voters to decide whether a candidate is being influenced by donors.

And when he was asked about vaccinations -- an issue that drove national conversations after a deadly measles outbreak in California earlier this year -- the New Jersey governor clarified past remarks on allowing parents to opt out of vaccinating their children.

"I cannot be someone who supports voluntary vaccination," Christie told supporters. "I think that would be on the wrong side for the public health of our country."