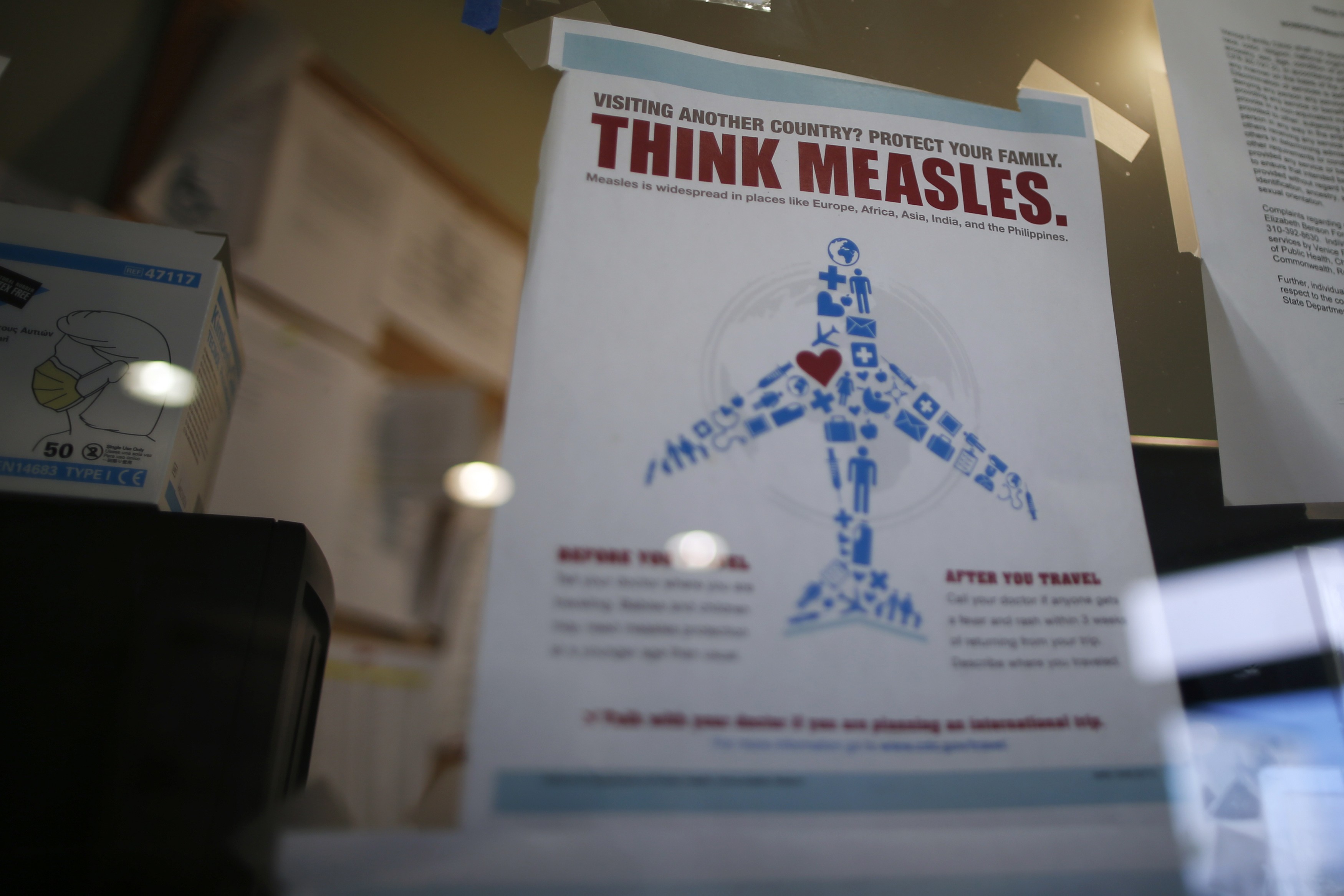 Two-thirds of Americans (66 percent) think parents should be required to vaccinate their children, and a similar percentage (64 percent) say children who are not vaccinated should not be allowed to attend public school.

Nearly nine in 10 Americans think vaccines for measles are safe. Most do not think they are likely to cause disorders such as autism, but a quarter of the public thinks this is at least somewhat likely.

A majority says the recent outbreak of measles is a serious problem -- but more call it somewhat serious (44 percent) than very serious (32 percent).

Sixty-six percent of Americans say parents should be required to vaccinate their children against diseases like measles, mumps and rubella (MMR), while nearly a third (32 percent) think parents should be able to decide.

Majorities across all ages and education levels, as well as across the political spectrum, think vaccinations such as MMR should be required, but there are some differences. Americans under age 45 are more likely than those who are older to think parents should be able to decide about vaccinating their children.

And while most Republicans think vaccines should be required, 38 percent think that should be the parents' decision, a higher percentage than either Democrats or independents.

In addition, most Americans think children who have not been vaccinated should not be allowed to attend public school.

And while every state requires children to be vaccinated to attend school, 48 states allow exemptions for religious reasons. The poll found that majorities of all religious groups think vaccinations should be required.

Americans express support for the idea of "herd immunity" -- when vaccinating a large portion of the population provides a measure of protection for those who may not have immunity. More than nine in ten Americans think parents have a responsibility to vaccinate their children for diseases like the measles in order to prevent other people from getting sick. Views are similar across demographic groups, including parents of children under age 18.

Most Americans think vaccines are safe, including 61 percent who feel they are very safe. Perceptions of vaccines' safety are widespread among the public, but younger Americans and those without a college degree are somewhat less inclined to say vaccines are very safe.

Seventy percent of Americans think it is unlikely that vaccines can cause neurological illnesses like autism. A quarter say that link is likely (but just 3 percent say it is very likely). Americans with a college degree (13 percent) are less likely than those without a college degree (28 percent) to hold that view.

Three in four Americans think the recent outbreak of measles is a serious problem, but more describe it as somewhat serious (44 percent) than very serious (32 percent). Twenty-two percent thought it was not too serious.

In addition, 65 percent of Americans express at least some concern that measles will be become widespread in the U.S., but just a quarter say they are very concerned about that.