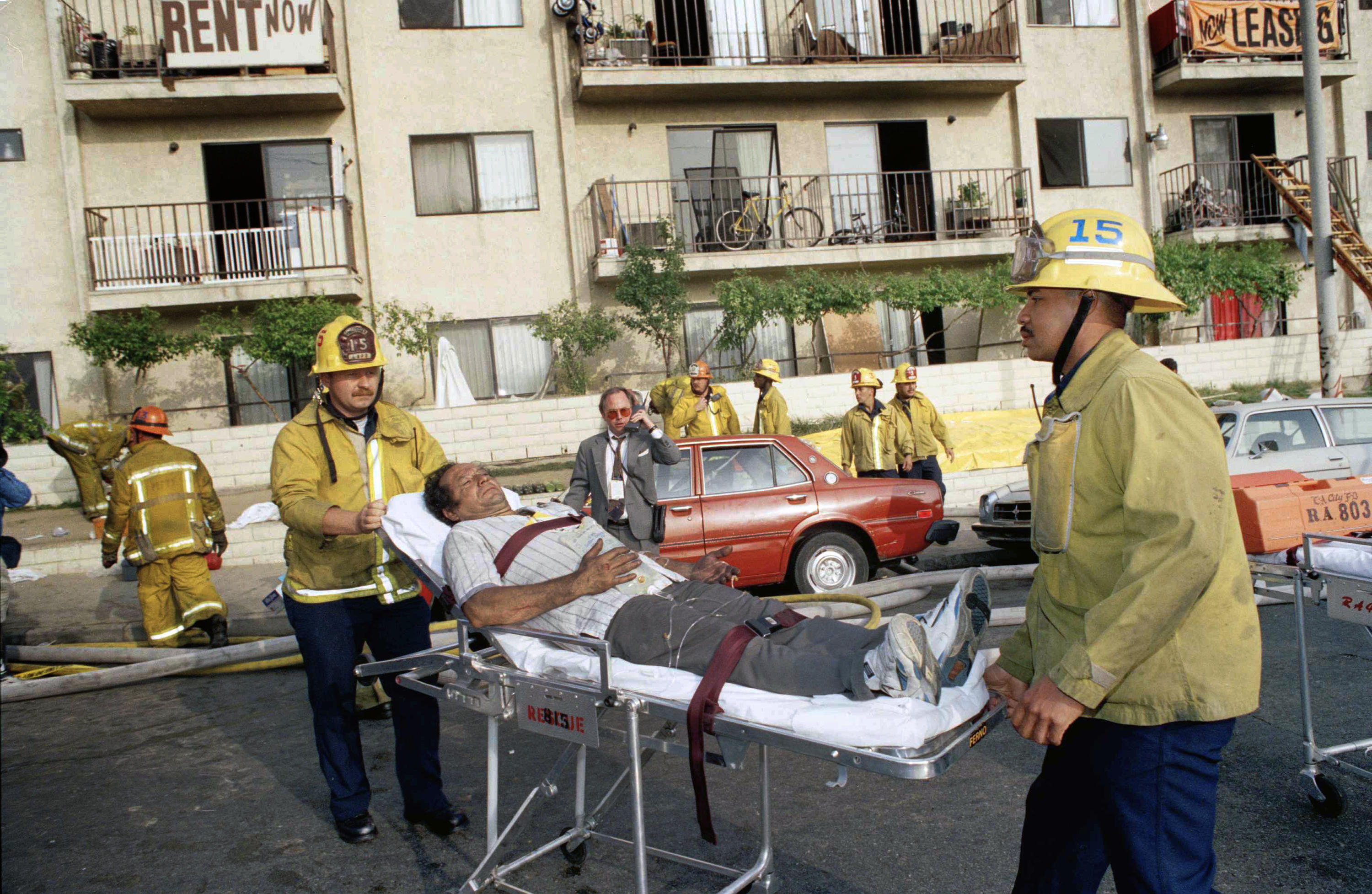 “They just would not let this case go,” Police Chief Charlie Beck told a news conference.

Authorities alleged that the fire was set as revenge against an apartment manager who tried to stop rampant drug dealing in the building during an era that Beck called “the zenith of violent crime in Los Angeles.”

“A new manager came into the location and tried to do the right thing and stop the narcotics sales,” Beck said. “We believe these horrible murders were done to facilitate drug sales.”

Ramiro Valerio, 43, of Palmdale, and Joseph Monge, 41, of Montebello were arrested Feb. 3. Johanna Lopez, 51, was already in custody on related charges and was to be formally arrested in the new case on Tuesday. Valerio was held on $25 million bail. Monge was held on $2 million bail.

A fourth person was also being sought, but no information about him was released because he fled the country.

Police were seeking 12 counts of murder against each along with special circumstances involving multiple victims, gang affiliation and arson.

The fire erupted in the late afternoon of May 3, 1993, in a three-story, 40-unit apartment building in Westlake, an older section of the city west of downtown.

Nearly all the tenants of the $500-a-month, one-bedroom apartments were immigrants from Mexico, El Salvador and Guatemala.

Residents tried to escape by jumping from windows and climbing down bedsheets tied to balconies. Neighbors formed a human chain to pass down children from upper floors. Other children were dropped from balconies into waiting hands.

Firefighters worked on the injured on the sidewalk out front as a throng watched the tragedy unfold.

Then-Fire Chief Donald Manning later told the City Council that seven of the dead were found in a hallway outside a third-floor apartment.

Investigators found that the fire started on second floor and spread throughout the building because fire doors were held open by nails driven into the floor. In one case, a fire door was missing.

“Had those all been in place, the fire would not have spread that quickly,” Manning said at the time. “It would have been contained to a much smaller area of the building and certainly would not have got to the third floor.”

Smoke alarms were not working, officials said at the time. Nor was there a 24-four hour fire monitor in the building as ordered by the Fire Department after an arson fire the previous month.

Investigators soon decided the fire had been set by gang members, but a case brought against two men in the 1990s was eventually dropped for lack of evidence.

In 2013, the Los Angeles Police Department’s Robbery-Homicide Division assumed investigative responsibility and began a fresh examination of the case, including recontacting witnesses who were now willing to testify.

“In most cases time can hinder a prosecution,” said Los Angeles County District Attorney Jackie Lacey. “But in this case time was actually on our side.”

It was not immediately clear if the building safety violations led to any legal action.