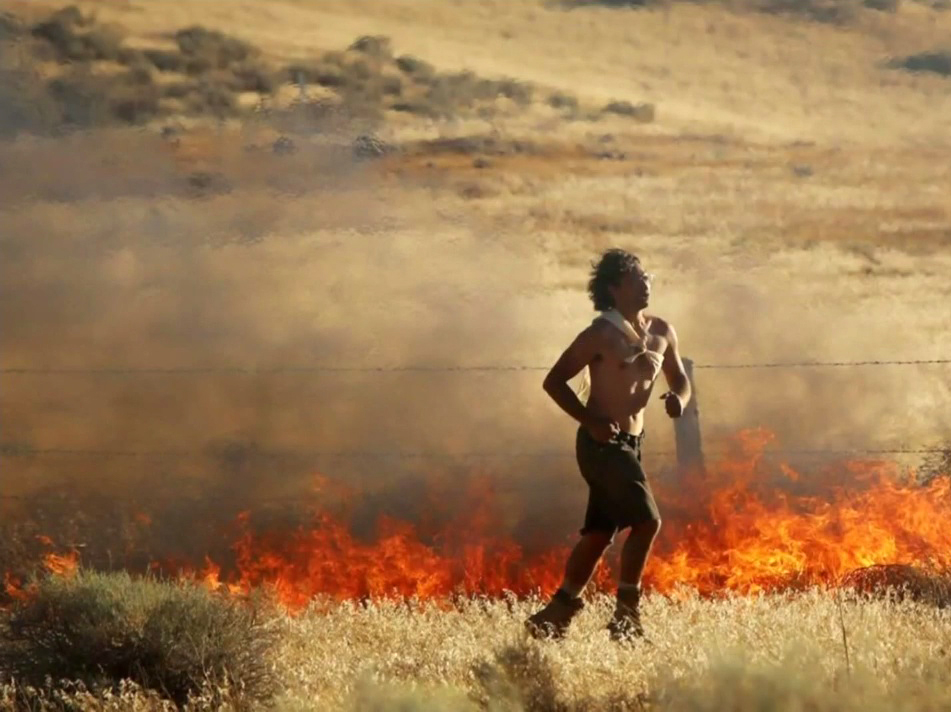 NEENACH, Calif. -- When two freelance photographers spotted a brush fire near one of their homes, they sprung into action, CBS Los Angeles reports.

First, they called 911. Then, they started shooting footage.

It happened in the Antelope Valley near the community of Neenach.

And much to their surprise, they also saw a man they say was yelling and setting the dry brush on fire.

"To actually see somebody out here starting fires, it's so bewildering, you don't know what to think," Deyo said.

While firefighters quickly put out the nearly 15-acre blaze, Deyo and Jeff Zimmerman, the other photographer, tried to keep the suspected arsonist from running away.

"Get his hands behind his back, tried to make sure he didn't have any weapons and then the paramedics came and we were able to subdue him on an ambulance gurney," Zimmerman said.

The suspect, identified by authorities as David Artiaga, 27, was arrested.

His mother, Luc Maria Alvarez, came to the scene Wednesday to talk with Deyo and Zimmerman.

She said her son has been on drugs for years.

Zimmerman and Deyo say that had they not called 911 when they did, the fire could have been much bigger. But they don't consider themselves heroes.

"We're just doing our civic duty, doing what we can to help our neighbors," Zimmerman said.

Artiaga was being held on $50,000 bail. His mother hopes he will get the mental help he needs.

The case was being investigated.