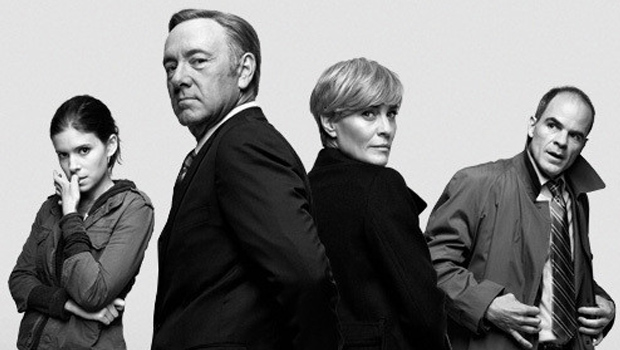 (MoneyWatch) Netflix (NFLX) is in the spotlight this week over the premier of its highly anticipated series, "House of Cards." Starring two-time Oscar winner Kevin Spacey and directed by David Fincher, known for such films as "Seven," "Fight Club" and "The Social Network," the show is a major production, with some estimates saying Netflix will drop up to $100 million on the program for two 13-episode seasons.

The conventional wisdom is that Netflix is using the high-profile series to attract more customers to its subscription service, who otherwise would have to wait to see the show when the company's exclusive rights to air it expires after two years.

Although that seems at least partly Netflix's intent -- it is making the debut episode available to non-members for a month -- Netflix doesn't only want to expand its customer base. Indeed, its strategy is far more ambitious: Netflix wants to shift how the entire TV industry works today as a step toward gaining a stronger position in the market.

House of Cards was a big hit on the BBC and then on PBS in the 1990s, where the ruthless politician Francis Urquhart, played by actor Ian Richardson, and his asides to the viewing audience made for compelling watching. Given the big names involved with the remake, it's easy to see how Netflix's underwriting of the series might seem like a major gamble.

Yet this is not Netflix's first foray into original programming. The company's first series in North America was the Norwegian crime comedy "Lilyhammer," about a New York gangster, played by Steven Van Zandt, trying to make a new life for himself in the city of Lillehammer.

The show, a little known production that had already appeared on Norwegian television, got generally positive reviews. Still, it wasn't the kind of star-driven production likely to bring new viewers streaming to Netflix.

One problem Netflix has had shoehorning itself into the ultra-competitive TV world is getting permission from big video distributors for access to movies and TV shows. So long as people expect original programming from existing networks and broadcasters, Netflix remains an industry supplicant without sufficient leverage in negotiations. The company has generally had to accept whatever conditions are on offer if it wants access to the kind of popular programming that keeps customers coming.

Netflix CEO Richard Hastings knows that the dynamic has to change if Netflix is to thrive. He admitted as much to Bloomberg today:

"We're on the cusp of something that will change television forever," Hastings said in an interview at Bloomberg's New York headquarters. "Our view is that over the next couple of years as Internet TV really grows, people will look back and say that this was the turning point."

Hastings, 52, is placing big financial bets to secure Netflix's future as the dominant player as more viewers move online. He says efforts like "House of Cards" and the revived "Arrested Development" cement relationships in Hollywood and help fend off competitors like Amazon.com Inc. Netflix's Silicon Valley roots analyzing viewer habits also give it an edge as cable channels like HBO move online, he said.

The need to cement its position in TV is why Netflix bid high to get exclusive access to Disney movies starting in 2016. If the company can make itself a major entertainment destination stop for consumers and has viewers locked in, it might begin to reverse the pressure and make Hollywood beholden to it instead of the other way around.

Still, this is an expensive and risky strategy because Netflix is competing with the likes of Google (GOOG), Amazon (AMZN) and Apple (AAPL). In fact, Amazon just announced that beginning in June it would become the exclusive streaming source for "Downton Abbey", the popular period dramatic series currently running on PBS.