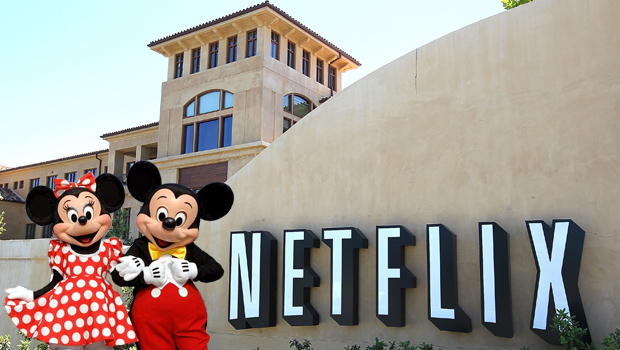 SAN FRANCISCO Netflix's (NFLX) Internet video service has landed the U.S. rights to show Disney (DIS) movies shortly after they leave theaters, a coup that could turn into a costly mistake if the deal doesn't bring in more customers.

The multiyear licensing agreement announced Tuesday represents a breakthrough for Netflix as it tries to secure more exclusive programming for a popular service that streams video over high-speed Internet connections. The approach is making Netflix more like traditional pay-TV channels such as HBO, Starz and Showtime.

Financial terms weren't disclosed, but analysts estimate that Netflix will pay Disney more than $350 million annually. That's a hefty bill that will require Netflix to accelerate its subscriber growth or consider raising its prices - something that management has said it doesn't plan to do after rankling customers with rate hikes of as much as 60 percent last year.

Netflix is snatching the rights to the Disney movies from Starz, which had failed to reach terms on a new licensing agreement with Netflix. Losing access to Starz programming that included Disney movies earlier this year had been interpreted as a blow that diminished Netflix's market value.

Investors applauded Netflix Inc. for trumping Starz to regain the Disney rights. Netflix shares surged $10.65, or 14 percent, to close Tuesday at $86.65, its highest closing price since April. That's still far below its peak of nearly $305, reached around the time that Netflix announced it price increase in July 2011.

Netflix CEO Reed Hastings is counting on more compelling movies and TV shows to attract more customers. The company is hoping they will become loyal subscribers once they see how much video is available for just $8 per month - a price that undercuts the rates of most pay-TV channels. Furthermore, Netflix is available as a stand-alone service, while premium channels such as Starz require cable or satellite TV packages that average about $80 a month.

The Disney agreement gives Netflix's streaming service the exclusive U.S. rights to offer Disney's live-action and animation movies during the period normally reserved for pay-TV channels. That period typically starts about seven months after movies leave theaters. The subscription service can then usually show the movies for an 18-month stretch. The Disney exclusivity does not extend to DVDs, a service Netflix is trying to phase out.

Starz retains the rights to all Disney movies released in theaters through 2015, with Netflix picking them up on films released in 2016 and beyond. Disney's direct-to-video movies will come to Netflix next year, while classic films such as "Dumbo" and "Alice in Wonderland" will be released to Netflix immediately.

It's the first time that one of Hollywood's major studios has sold the coveted first-run rights to Netflix Inc. instead of a premium TV network.

DreamWorks Animation SKG (DWA) licensed the pay-TV rights to its movies to Netflix last year under a deal that begins in 2013, but those movies don't wield the same box-office appeal as Disney.

"It's a bold leap forward for Internet television and we are incredibly pleased and proud this iconic family brand is teaming with Netflix to make it happen," said Ted Sarandos, Netflix's chief content officer.

Disney's stable includes Pixar Animation and Marvel and soon will boast Lucasfilm's "Star Wars" franchise, too. Its $4.05 billion acquisition of Lucasfilm will spawn at least three additional installments of the "Star Wars" saga. However, the next installment won't likely be included in Netflix's package because Disney intends to release the next "Star Wars" movie in theaters in 2015, giving Starz the rights. Netflix will be in line for subsequent "Star Wars" chapters.

"These costs are going to sink Netflix," he said.

Pachter has been urging investors to sell their Netflix stock because he believes the company will either lose money or post puny profits for the years to come.

Netflix's rising costs for Internet video rights have emerged as a major source of concern as the company's earnings have dwindled during the past year. The company, which is based in Los Gatos, Calif., already has warned that it may record a loss for the last three months of 2012, which would be its second quarterly loss of the year. Depending on the size of the potential fourth-quarter setback, Netflix could finish this year with its first annual loss in a decade.

Even before signing the Disney deal, Netflix owed $5 billion in Internet video licensing fees during the next five years, including $4.5 billion due before the end of 2015. Netflix's annual revenue this year is expected to total about $3.6 billion.

Wible, the Janney analyst, said Netflix may have wanted to strike a deal with Disney several years before the movies can be shown on its service to bolster investors' confidence in the company. That, he said, could give Netflix a better chance to sell bonds or stock to raise more money to pay Disney and other studios for Internet video rights.

"The biggest uncertainty is whether Netflix will use this as an excuse to raise capital," Wible said.

Starz played down the loss of the Disney rights. In a statement, Starz said it would now have more money to invest in developing original TV series. Netflix also has been financing exclusive episodic programming and had similar downplayed its loss of Starz when that deal expired in February.

After Disney defects to Netflix, Starz will still hold the first-run rights to films released by Sony's stable of movie studios That deal applies theatrical releases through 2016 from Columbia, TriStar, Screen Gems and several other Sony-owned studio.

Liberty Media plans to spin off Starz into a separate, publicly traded company early next year.

Virtual land rush driving up the cost of space in the metaverse
Thanks for reading CBS NEWS.
Create your free account or log in
for more features.
View CBS News In
CBS News App Open
Chrome Safari Continue
Be the first to know
Get browser notifications for breaking news, live events, and exclusive reporting.