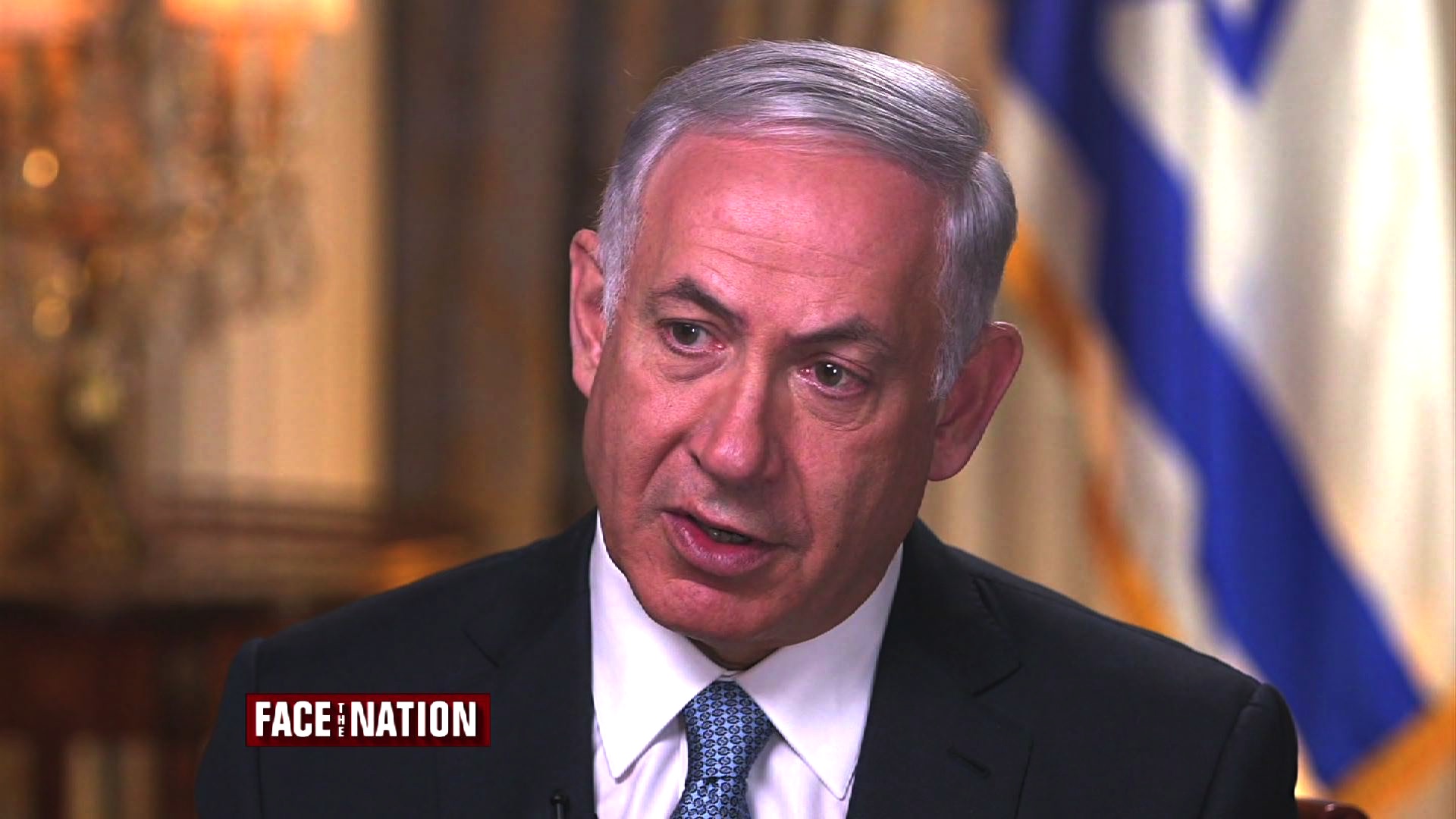 Israeli Prime Minister Benjamin Netanyahu warned that the Islamic State of Iraq and Syria (ISIS), Hamas and Iran are locked in a competition to become the dominant Islamist power in the Middle East, which threatens both the United States and Israel.

"ISIS has got to be defeated because it's doing what all these militant Islamists are trying to do. They all want to first dominate their part of the Middle East, and then go on for their twisted idea of world domination," Netanyahu said on CBS' "Face the Nation" Sunday." The difference between ISIS and Hamas and ISIS and Iran and so on is they all agree that the world should be an Islamist hill, but ... each of them wants to be the king of the hill."

"They want to accumulate enough power to then carry out their mad ambitions," he added.

Netanyahu backed President Obama's decision to carry out airstrikes on both sides of the border in Iraq and Syria. But he would not say publicly exactly what role Israel might play in helping to defeat the group, aside from promising the country is ready to help "in every way that we're asked."

One of the outstanding questions in the conflict is whether the U.S. will ever put combat troops on the ground. President Obama has pledged not to do so in Iraq and Defense Secretary Chuck Hagel has said the president, "is not going to order American combat ground forces into that area."

A key House Republican was critical of that stance.

"I don't think we should ever sit back and tell our enemies what we will and will not do. If we need Special Forces there, if that's what the generals say, then we need to do it," House Majority Leader Kevin McCarthy, R-California, said in a separate interview on "Face the Nation." "If we engage in a conflict that we know this is a threat to America, we should make it so one sided that it gets over very quickly. So we should have everything on the table to make sure we win this."

McCarthy ultimately predicted that it was likely that U.S. Special Forces and others "are probably going to have to be on the ground" to track ISIS and make sure strikes were successful.

He said he believes the president has the authority to act at the moment, but that an expansion of the current campaign will require Congress' consent.

"The minute the president asks for authorization we will debate it and we will take it up no matter what time he wants to call that if he does," McCarthy said. He declined to predict the outcome, saying he needed to hear the debate first.

Netanyahu, in addition to sounding the alarm about ISIS, also warned about what he believes are the dangers of making a deal on nuclear capabilities with Iran.

"This is the greatest terrorist regime in the world. And we don't want them to have the ultimate weapon of terror, which is nuclear weapons. My fear is that they would get the ability to enrich enough uranium for a bomb in a very short time, weeks, months, and that's the deal that I hope is not signed," Netanyahu said.

He said that such a deal would be bad for both the U.S. and Israel because Iran will not allow inspectors into the state and will exploit a time of crisis around the world to enrich enough material for a bomb that can be taken out of Iran by ship.

"I think it would endanger the future of our common civilization," he said of Iran, or a power like ISIS, gaining a nuclear weapon.

"The greatest danger that I see from these militant Islamists is that they will marry their mad ideologies to weapons of mass death. That is a threat not only to my people, the Jewish people and the Jewish state of Israel, but to your people. They view us as one because of our tolerant societies, whom they think is weak and corrupt," he said.

He was particularly critical of Iranian President Hassan Rouhani and Foreign Minister Mohammad Javad Zarif, two of the officials negotiating in the nuclear talks. Netanyahu suggested they were little more than front men for Iran's Ayatollah Khomeini.

"They are supposed to smooth talk their way to get in basically bamboozling the West to get a deal that lifts the sanctions, the tough sanctions that the U.S. has put in place, and that leaves them with enough centrifuges to be able to get to the bomb in a very short time. That shouldn't happen," he said. "We've seen sweet, smooth-talking foreign ministers in the previous century at critical times. That preceded disasters."

Netanyahu also reflected on his relationship with Mr. Obama, which has grown tense at times over issues like peace talks, Israeli settlements and the Iranian nuclear talks. He denied that things have gone sour.

"I don't want to say like an old married couple, but the president said that we had-- he's had more meetings with me than with any other foreign leader. And I think you get to a point of mutual respect. You cut to the chase very quickly," Netanyahu said. "You talk about the real things openly, as befitting real allies."