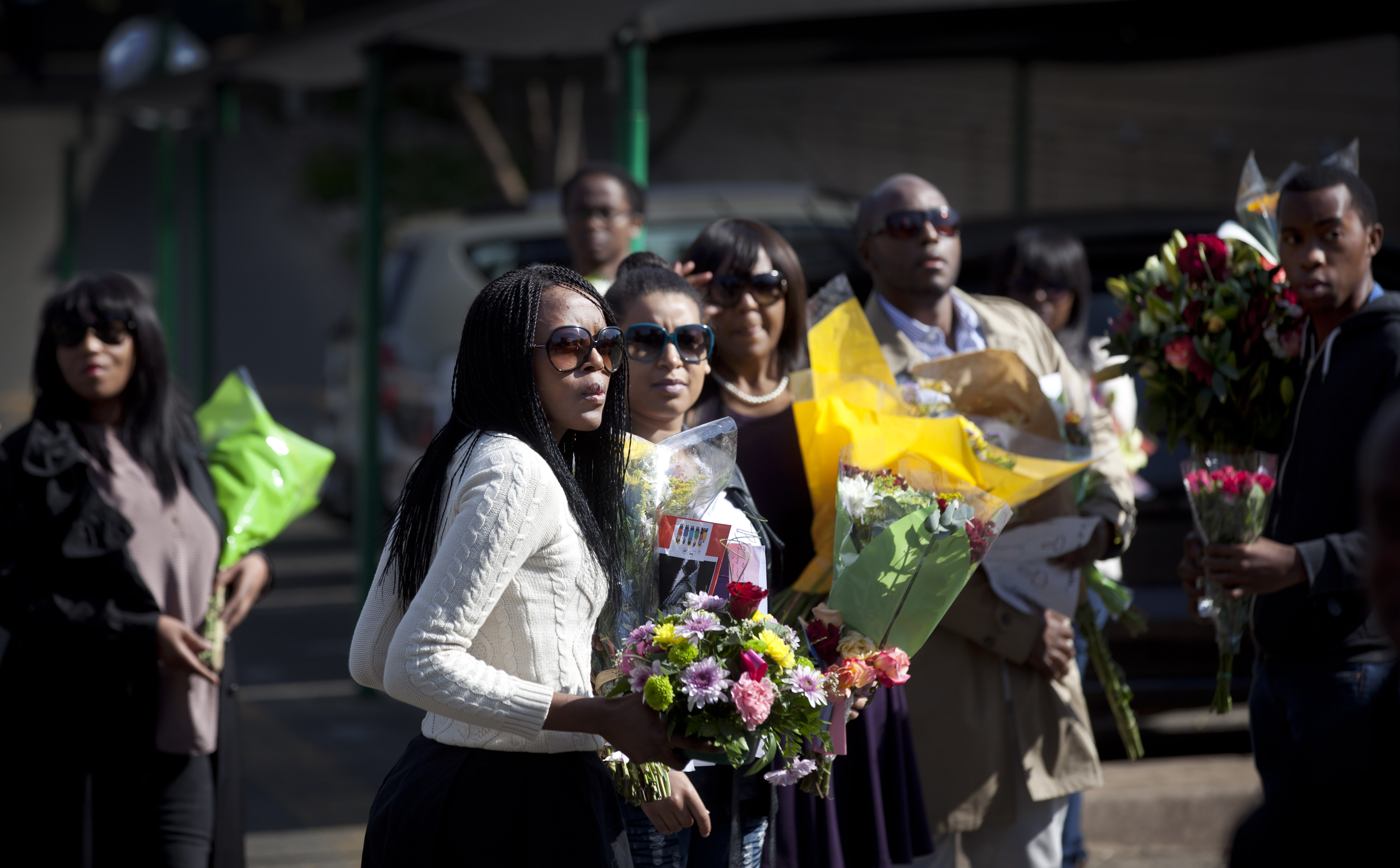 JOHANNESBURG --  Four of Nelson Mandela's grandchildren carried bouquets of flowers Thursday into the Pretoria hospital where the ailing statesman has been for 20 days, and where he remains on life support in a critical condition.

The grandchildren arrived following an urgent summons issued to all of Mandela's kin on Thursday morning -- a day after the South African president cancelled a trip to Mozambique over concern for Mandela's condition.

The comings and goings of family members added to worries sparked by the government publicly downgrading Mandela's condition on Sunday to critical from serious.

On Wednesday, it emerged that the 94-year-old patriarch of post-apartheid South Africa had

deteriorated further during the first days of the week -- with CBS News sources confirming that he was on life support.

While sources have told CBS News that Mandela has been unresponsive for days, the former president's daughter said Thursday morning that he was "still there."

"I won't lie, it doesn't look good. But as I say, if we speak to him, he responds and tries to open his eyes," she told South Africa's SABC radio. "He's still there. He might be waning off, but he's still there."

"He is much better today than he was when I saw him last night," Zuma said in the written statement. "The medical team continues to do a sterling job."

Meanwhile, hundreds of well-wishers and journalists remained on vigil outside the hospital. Members of a South African choir prayed and sung outside the perimeter Thursday morning.

In addition to the choir from the Salvation Army, other people arrived Thursday to deliver flowers and messages of support for 94-year-old Mandela at the hospital in Pretoria, the South African capital.

Members of the youth league of the country's ruling party, the African National Congress, were planning prayer meetings Thursday to honor the anti-apartheid leader and Nobel Peace Prize laureate.