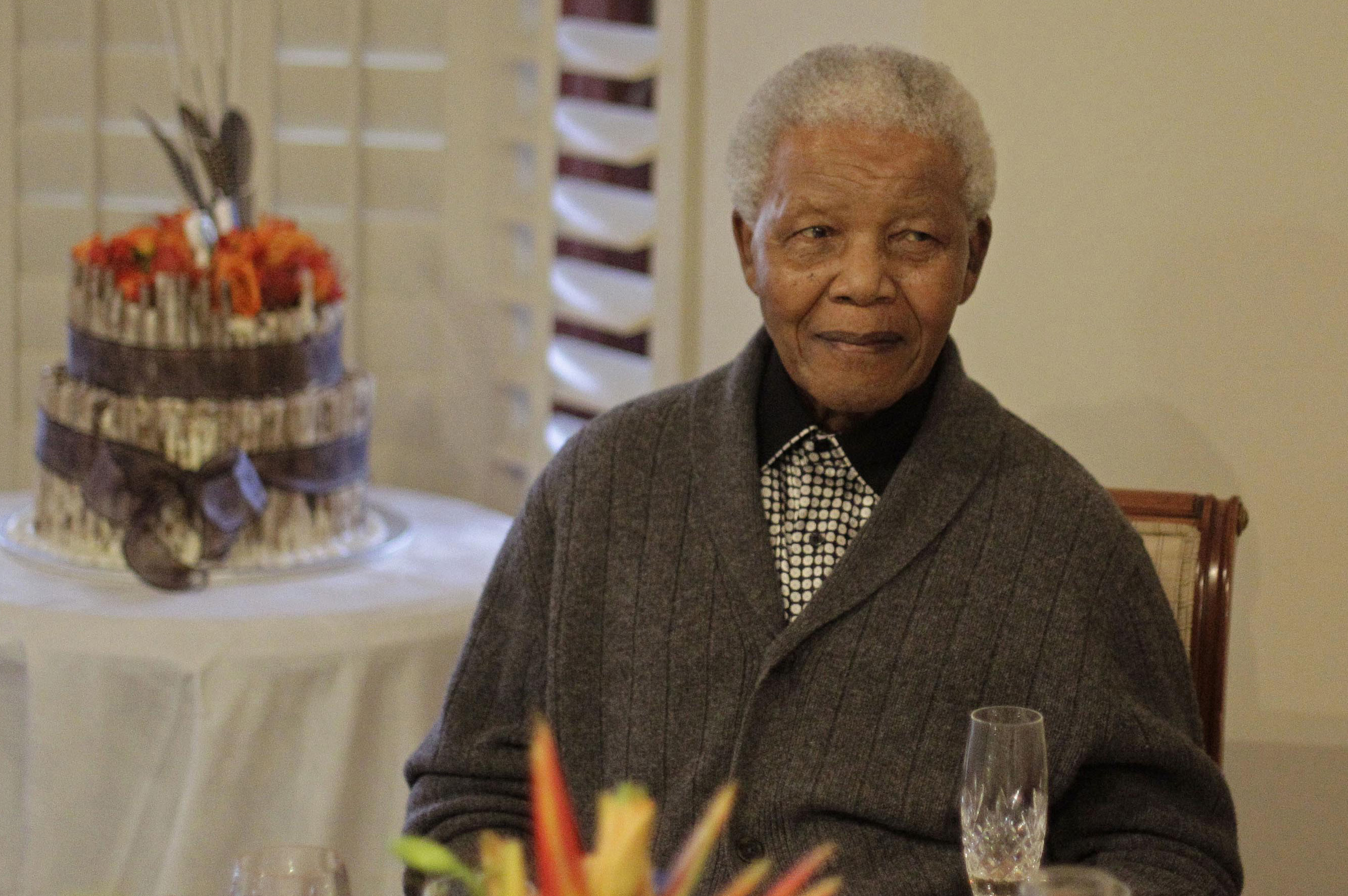 Nelson Mandela, who battled apartheid in South Africa before becoming its first democratic leader, died at his home in South Africa after several months of ongoing health problems. He was 95.

Speaking from the White House Thursday, President Barack Obama said the former South African president "no longer belongs to us - he belongs to the ages." Obama ordered U.S. flags lowered to half-staff until sunset on Monday.

Leaders from around the globe expressed similar sentiments about one of the world's most beloved statesmen.

Mandela was, to many, the conscience of the world -- a man who emerged from the tiny South African village where he was born to become a defining figure of our time. Born Rolihlahla, meaning "troublemaker," on July 18, 1918, in the village of Mvezo, Nelson -- as he was renamed by a school teacher -- moved to Johannesburg at age 23. Mandela biographer Richard Stengel says exposure to the vicious racism of the white regime there permanently shaped him. "One of the insidious ways that apartheid worked is that it lowered your self-esteem in the beginning and then when you were mistreated you felt like you deserved it," Stengel said. "Mandela never, for one second, felt like he deserved to be mistreated in any way."

One of the nation's first black lawyers, he joined the African National Congress in 1952 and devoted his life to peacefully ending apartheid.

But in 1960, after 69 peaceful black protesters were killed by white South African police in the infamous Sharpeville massacre, Mandela shifted to believe the only recourse was violence.

"There are many people who feel that it is useless and futile for us to continue talking peace and non-violence against a government whose reply is only savage attacks on an unarmed and defenseless people," Mandela said at the time.

Mandela formed a military wing of the ANC, and the man once consumed with guilt for shooting a bird out of a tree became a fully armed freedom fighter. CBS News chief foreign affairs correspondent Lara Logan later covered the movement.

"Nelson Mandela was absolutely committed to some kind of peaceful change," Logan said. "But he was smart. He saw that wasn't going to happen."

He took his fight to the streets and lived on the run. But in 1962 he was captured, convicted and sentenced two years later to life in prison for sabotage and conspiracy.

Robben Island, the Alcatraz of South Africa, became Mandela's personal hell, where authorities were bent on breaking his spirit.

Though he was sealed off, the armed struggle continued, with Mandela's message as its guide and his wife Winnie carrying the torch.

The violence continued, like the 1985 Trojan horse massacre -- a police ambush in a Capetown suburb filmed by CBS cameraman Chris Everson. But it only served to embolden the freedom-fighters and by the late 1980s, pressure for Mandela's release was mounting.

"His head was high and his fist was clenched," Simon reported that day. "Nelson Mandela walked out of Victor Verster Prison today like a chief of state."

"He didn't walk out with his shoulders like, 'Hey, you see, I did it,'" said author Maya Angelou, who knew Mandela since 1960. "Never that, never."

"He walked out with the grace that was natural to him," Angelou said.

In 1993, Mandela and the South African president who freed him, F.W. De Klerk, shared the Nobel Peace Prize.

"I cherish the idea of a new South Africa where all South Africans are equal," Mandela said, and "the time for the healing of the wounds has come."

President Mandela worked hard to heal those wounds. Choosing to serve only one five-year term, he introduced free health care for children and stepped up government investment in housing, education, jobs and infrastructure.

It wasn't all positive, though. He once admitted that he was slow to deal with his country's exploding AIDS epidemic.

Nelson Mandela personified struggle: A political prisoner who became a president, a towering leader who, Tutu once said, emerged from nearly a lifetime of oppression to save his homeland.

"He could so very easily have led our country down the road of retribution and revenge and we would have been up a creek," Tutu said.

"Mandela represents the best any of us can hope for," said Angelou. "He was a great man. … And I'm grateful. The world is better for having him."