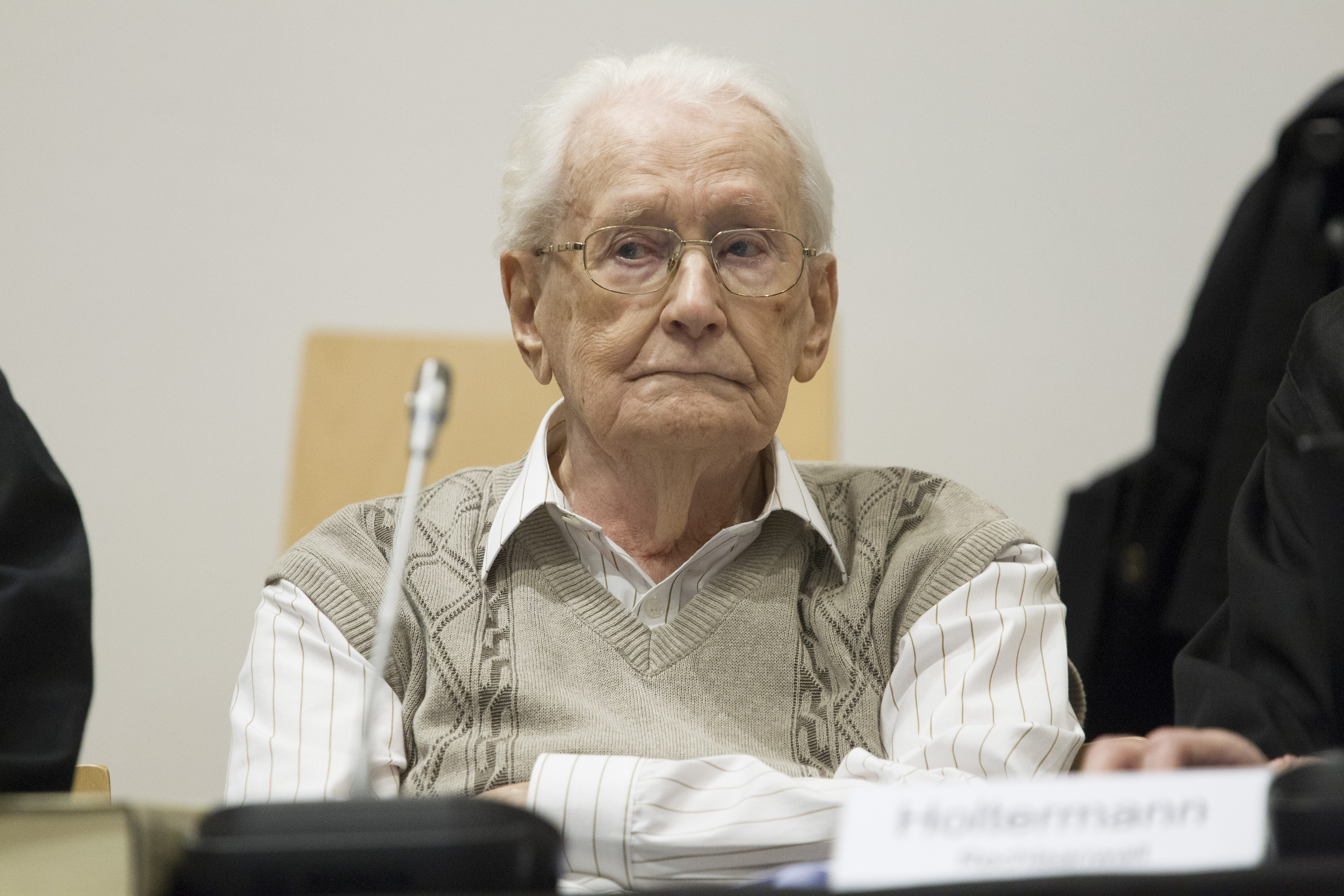 LUENEBURG, Germany -- A Nazi war crimes trial like no other began Tuesday in Germany.

As CBS News correspondent Mark Phillips reports, the man facing charges didn't kill anyone. But Oskar Groening, now a 93-year-old man, has a dark past, and it has finally caught up with him.

He was the accountant at the Nazi's Auschwitz concentration camp in Poland. He took the victims' money, and a German court will now decide whether he's guilty as an accessory to murder.

During the war he was a member of Nazi leader Adolf Hitler's paramilitary organization, the SS, assigned to Auschwitz.

Now, 86-year-old Hedy Bohm is finally getting her day in court. A Jewish teenager at the time, she was deported to Auschwitz during the war. Both her parents were murdered there.

In the German court this week, fate brings Oskar Groening and Hedy Bohm together again; he, accused as an accessory to 300,000 murders, and she as a witness to the crimes.

Bohm was one of more than 400,000 Hungarian Jews deported to Auschwitz in 1944. She was one of the small percentage chosen for work. Her parents were not.

Groening was not one of those who decided who would die and who might live. His job was to confiscate the victims' valuables. He was Death's book keeper -- or, as he says, a mere cog in the machine.

But those who have pushed for this trial say without cogs, machines don't run.

In the past, German justice has been content to charge only those directly involved in the killing.

But Thomas Walther, the retired German judge who built this case, thinks many were let off too easy.

Phillips notes that Groening has never denied his involvement in the Nazi's "final solution." He's only denied his personal guilt -- a self-serving fiction, says Phillips, that may finally be laid to rest in court.