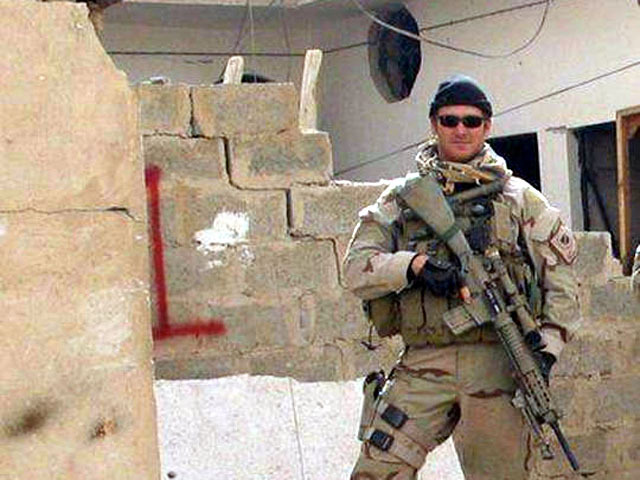 Lt. Jackie Pau told the Associated Press that the investigation and review of Kyle's discharge paperwork, known as a DD214 form, determined he had earned one Silver Star and four Bronze Stars with combat "V'' for valor.

In his best-selling book, Kyle wrote he had received two Silver Stars and five Bronze Stars. The Silver Star is the third-highest military combat decoration. The Bronze Star is awarded to members of the Armed Forces for heroic or meritorious achievement or service in a combat zone.

It's unclear if Kyle knew of the discrepancy when he wrote his book, which was made into a hit movie. Kyle, regarded as the deadliest sniper in U.S. military history, was fatally shot at a Texas shooting range in 2013. A former Marine was convicted in his death.

The Navy investigation, which was concluded on June 14, didn't determine how the medal miscount happened, but such errors on discharge paperwork are not uncommon, Pau said, adding that in 2015, the Navy made 3,800 corrections to DD214 forms.

"We're not sure why or when or the reason for the error. There was an error obviously, so we corrected it," she said.

Pau said Kyle's family has been notified of the correction to his record.

The discrepancy in Kyle's medal count was first reported in May by online magazine The Intercept after it had obtained Navy documents through an open records request.

The Navy's investigation also found a few additional errors regarding the number and type of other unit decorations and service medals and ribbons that Kyle had received, Pau said.

"With someone like this who has so many awards and citations, sometimes these mistakes happen," she said.

It wasn't the first time something in Kyle's book was questioned.

Jurors in 2014 awarded former Minnesota Gov. Jesse Ventura $500,000 for defamation and $1.3 million for unjust enrichment in a trial over a passage in Kyle's book that Ventura claimed was a complete fabrication. Kyle described punching out a man, later identified as Ventura, whom he said made offensive remarks about Navy SEALs. Ventura, a former Underwater Demolition Teams/SEAL member, testified he never made the comments and the altercation never happened. He said the book ruined his reputation in the SEAL community.

Last month, a federal appeals court threw out the $1.8 million award to Ventura, sending his defamation claim back to a district court for a new trial.