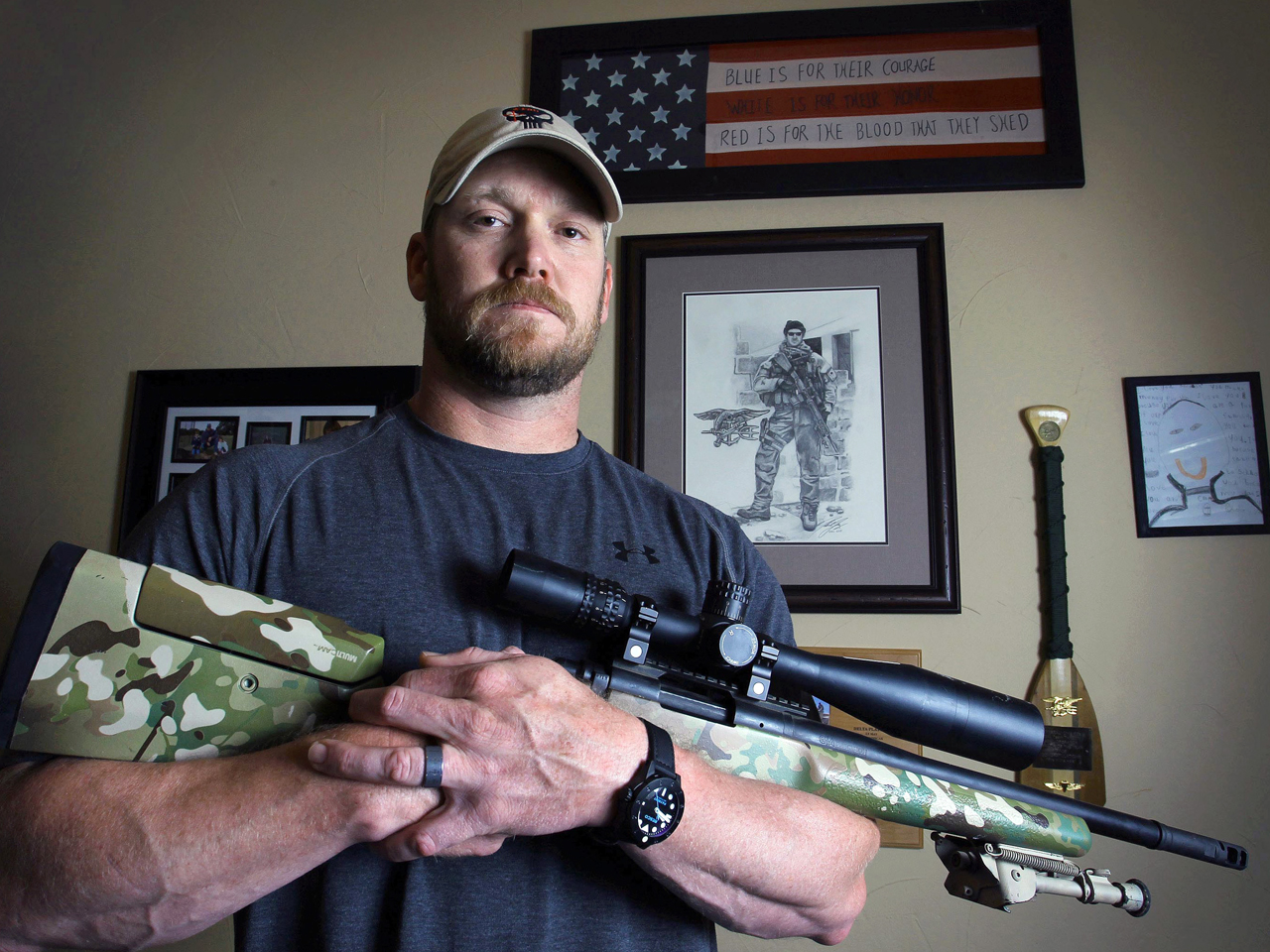 A 25-year-old man was charged with murder in the deaths of former Navy SEAL and "American Sniper" author Chris Kyle and another man at a Texas gun range, the Texas Department of Public Safety said Sunday.

Authorities say the 25-year-old military veteran used a semi-automatic handgun to kill the former and his friend at a Texas gun range.

Routh is accused of killing 38-year-old Kyle and 35-year-old Chad Littlefield at the Rough Creek Lodge shooting range Saturday evening. Authorities say Routh had come to the range with Kyle and Littlefield.

Police say that after the shootings, Routh drove to his sister's home in Midlothian and told his sister and brother-in-law what he had done. After he left, his relatives called the police.

Upshaw says Routh has not made any comments as to what his motive was.

Haschel said Erath County Sheriff's deputies responded to a call about a shooting at the Rough Creek Lodge, west of Glen Rose, at about 5:30 p.m. Saturday. Police found the bodies of Kyle and Littlefield at the shooting range. Glen Rose is about 50 miles southwest of Fort Worth.

Police said Routh opened fire on Kyle and Littlefield around 3:30 p.m. Saturday, then fled in a Ford pickup truck. At about 8 p.m., Routh arrived at his home in Lancaster, about 17 miles southeast of Dallas. Police arrested him after a brief pursuit and took him to the Lancaster Police Department.

Officer Kyle Roberts at the Erath County Jail said Routh arrived there Sunday morning and is being held on a combined $3 million bond - bond for one charge of capital murder was set at $1 million and bond for two charges of murder was $1 million each. Roberts did not have information on whether Routh had a lawyer

The motive for the shooting was unclear, but Kyle's friend Jason Kos, with whom he founded a fitness charity for veterans, said Kyle was probably at the gun range doing something he often did: helping his fellow veterans. Kos said he would frequently take veterans to gun ranges to connect with them over one of his favorite activities.

"For him to lose his life helping another veteran is literally unbelievable, tragic," Kos told CBS Radio's Sharon Mittelman.

Kyle helped establish with Kos the FITCO Cares foundation, which donated fitness equipment to veterans. Kyle himself described the foundation as helping "our brave men and women struggling with Post-Traumatic Stress Disorder, (get) back in shape and (acclimate) back to civilian life," according to Reuters.

Travis Cox, the organization's director and friend of Kyle's, spoke with the AP on Sunday morning.

"What I know is Chris and a gentleman — great guy, I knew him well, Chad Littlefield — took a veteran out shooting who was struggling with PTSD to try to assist him, try to help him, try to, you know, give him a helping hand and he turned the gun on both of them, killing them," Cox said. Routh then took Kyle's truck and fled, he said.

Littlefield was Kyle's neighbor and "workout buddy," Cox said. He was a gentle, kind-hearted man who often called or emailed Cox with ideas for events or fundraisers to help veterans.

"Chris was literally the type of guy if you were a veteran and needed help he'd help you," Cox said. "And from my understanding that's what happened here. I don't know how he came in contact with this gentleman, but I do know that it was not through the foundation.

"It was just two great guys with Chad and Chris trying to help out a veteran in need and making time out of their day to help him. And to give him a hand. And unfortunately this thing happened."

Public records show that Routh previously lived at the Marine base in Camp LeJeune, N.C., the Fort Worth Star-Telegram reports.

Kyle is survived by a wife, Taya, and two children, according to CBS affiliate KTVT-TV in Dallas.

Kyle wrote the best-selling book, "American Sniper: The Autobiography of the Most Lethal Sniper in U.S. Military History," detailing his 150-plus kills of insurgents from 1999 to 2009. He served four combat tours in Operation Iraqi Freedom and elsewhere, and won two Silver Stars and five Bronze Stars for bravery, according to his book.

Kyle's co-author, Scott McEwen, said in a statement to CBS News: "Chris was an amazing individual, a great patriot, a great father. He was a true inspiration to me. I don't know all the details. It just doesn't make sense. Spirits were working through him, but a larger voice called him. My thoughts and prayers are with Taya and his children"

Kyle was sued by former Minnesota Gov. Jesse Ventura over a portion of the book that claims Kyle punched Ventura in a 2006 bar fight over unpatriotic remarks. Ventura says the punch never happened and that the claim by Kyle defamed him.

Kyle had asked that Ventura's claims of invasion of privacy and "unjust enrichment" be dismissed, saying there was no legal basis for them. But a federal judge said the lawsuit should proceed. Both sides were told to be ready for trial by Aug. 1.