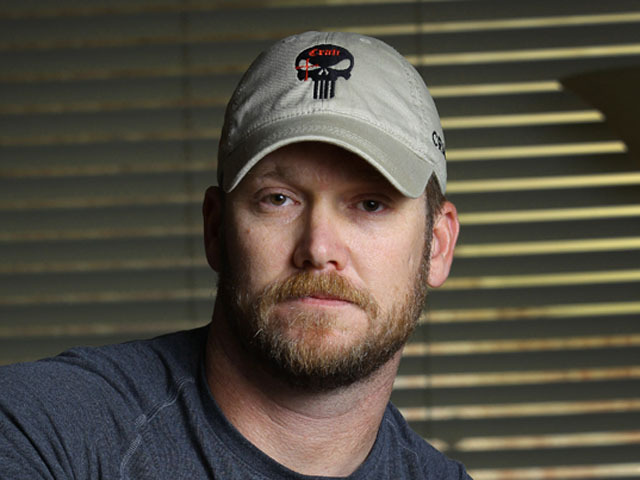 (CBS/AP) STEPHENVILLE, Texas - Chris Kyle, a former top Navy SEAL sniper who was devoted to helping his fellow veterans find their way after leaving active duty was killed Saturday with his friend at a Texas shooting range, authorities said.

Kyle left the Navy in 2009 after four tours of duty in Iraq, where he earned a reputation as one of the military's most lethal snipers. But he quickly found a way to maintain contact with his fellow veterans and pass on what had helped him work through his own struggles. By late 2011, he filed the paperwork to establish the nonprofit FITCO Cares, which received its nonprofit status the following spring, said FITCO director Travis Cox.

"Chris struggled with some things," Cox said. "He'd been through a lot and he handled it with grace, but yeah he did struggle with some things. And he found a healthy outlet and was proactive in his approach to deal with those issues and wanted to help spread his healing, what worked for him, to others. And that's what he died doing."

For Kyle that healthy outlet was exercise. At the heart of FITCO was giving in-home fitness equipment to physically and emotionally wounded veterans, as well as families who lost a veteran, Cox said.

Littlefield, a 35-year-old friend and neighbor, was Kyle's "workout buddy," and also volunteered his time to work with veterans, Cox said. He was married and had children as well.

"He's a very gentle, sweet-hearted man, just a great man, kind of quiet," Cox said. "He just really cared. ... He wanted to do whatever he could to help veterans and help see that vision of serving others that Chris had. He shared that vision with all of us. He was a great man."

Cox said he understood that Kyle and Littlefield were helping Routh work through his own PTSD, but he did not know how they came into contact. He said it was not a FITCO session.

"It's my understanding that the suspect may have been suffering from some type of mental illness from being in the military himself," Bryant said.

He said Routh's mother may have reached out to Kyle for help with her son.

"We kind of have an idea that maybe that's why they were at the range for some type of therapy that Mr. Kyle assists people with," Bryant said.

Bryant didn't know whether Routh was on any medication or whether he had been diagnosed with post-traumatic stress disorder.

Authorities said the three men arrived at the Rough Creek Lodge southwest of Fort Worth around 3:15 p.m. Saturday. A hunting guide discovered the bodies of Kyle and Littlefield around 5 p.m. and called 911.

Routh allegedly left in Kyle's pickup and went to his sister's home in Midlothian. He told what he had done and left. She called police and Routh was eventually found at his home in Lancaster. After a short pursuit he was arrested. He was held on $3 million bail in the Erath County Jail.

Kyle was also president of a security training firm Craft International and scheduled a civilian training event in March at Rough Creek Lodge called the "Rough Creek Shoot Out!" Kyle was scheduled to teach the first class, called "precision rifle."

But the work with veterans through FITCO was Kyle's passion, Cox said.

Kyle was always recognized at events, but would deflect attention to other veterans, quickly introducing and praising those around him.

"That camaraderie is usually missed once the veteran gets out of the military," said Cox, himself a former Marine sniper. "The authentic relationships that you develop in the military, especially overseas and in combat are some of the most meaningful, authentic relationships that one can have and it's missed. And so we tried to create a means through this group of veterans that can gather and talk about things that they're dealing with."

"He (Kyle) didn't have any fear at all as far as working with an extreme case," Cox said. "Just like in combat he would take it on head on and do whatever he could to give these guys assistance. There was no fear in helping anyone that may have an extreme case. He was willing to help anyone in need."