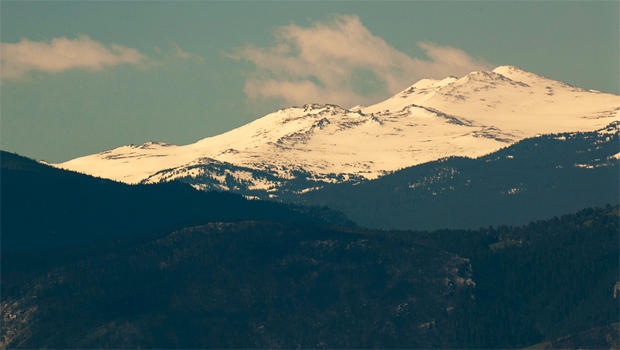 The beautiful Sierra Nevada’s name translates very literally from Spanish as “mountain snowfall,” meaning snow-covered mountains.  The reason why the peaks are snow-covered and why hot, dry Death Valley is east of the Sierra Nevada range is the same: They are both the result of the rain shadow effect.

To understand how this terrain-induced meteorological effect causes precipitation to occur in one place and dry, hot deserts in another, a little knowledge of relative humidity is needed.

The Sierra Nevada range is part of the American Cordillera, the series of mountain ranges that largely blocks Pacific moisture-laden air from reaching areas to the east of these mountains. The Rocky Mountains in western Montana and Alberta add to these blockages. Very unusual weather conditions, in addition to the rain shadow effect, can arise because of these mountain ranges.

One is a Chinook. When a strong Pacific front hits the mountains and moisture is extracted, the descending cold dry air can heat up rapidly on the leeward mountain side -- one degree Celsius for every 100 meters drop in altitude. This can result in a high-velocity Chinook wind, commonly called a “snow eater” wind, and can change the temperature in a few hours from below zero to 60°F.

Snow-capped mountains act as giant reservoirs of water, and as spring air warms the mountains, snowmelt recharges the surrounding streams and aquifers. The snow water equivalent (SWE) for the Sierra Nevada mountains averages 20 cubic kilometers of water, ranging from 4.0 to 40.6 km3. This supplies more than 60% of California’s water to 25 million people and three million acres of farmland.

20 years after: The transformation of Ground Zero

Taylor Sheridan, the creative cowboy behind "Yellowstone"
Thanks for reading CBS NEWS.
Create your free account or log in
for more features.
View CBS News In
CBS News App Open
Chrome Safari Continue
Be the first to know
Get browser notifications for breaking news, live events, and exclusive reporting.