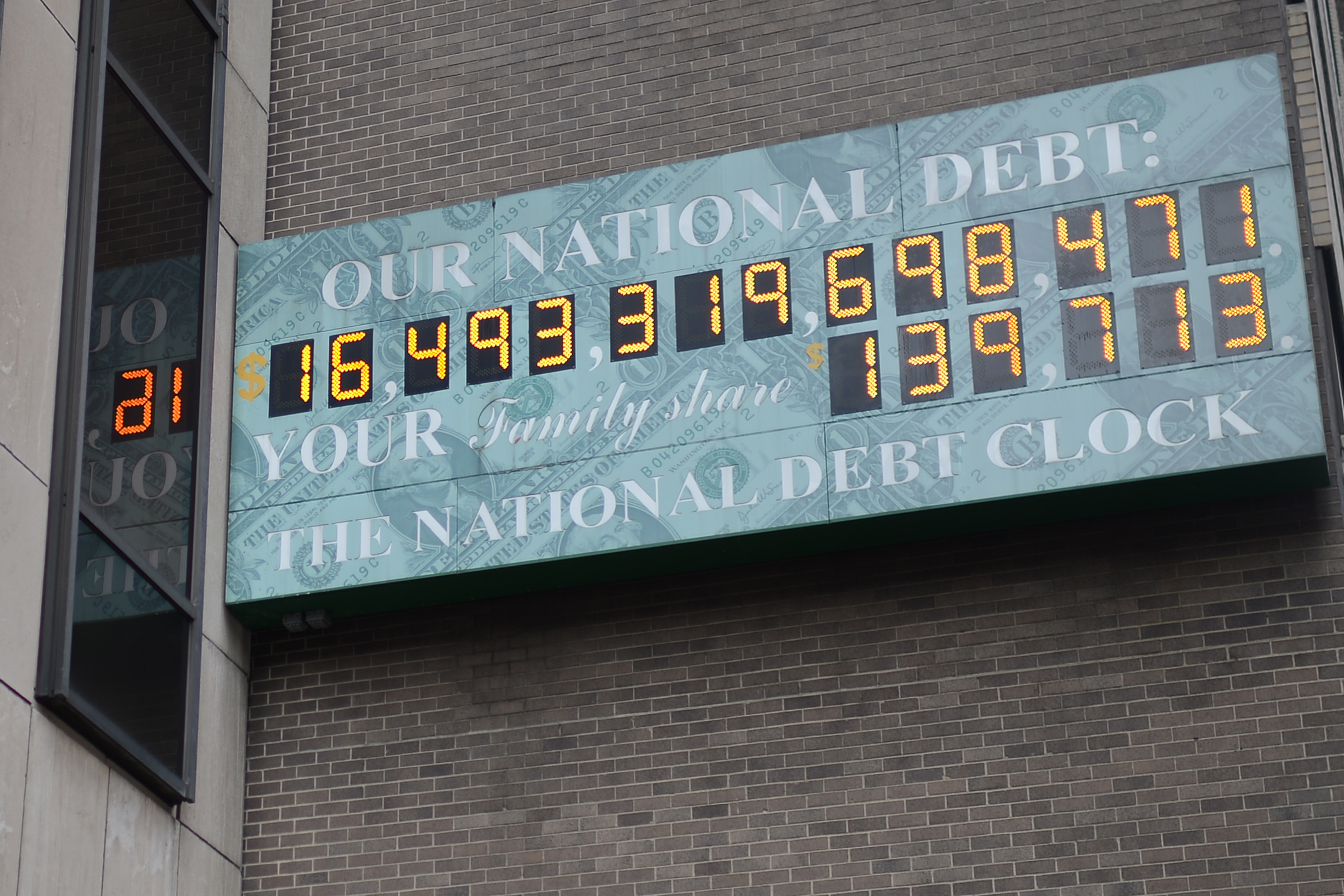 It's the largest increase to date under any U.S. president. During the eight-year presidency of George W. Bush, the debt soared by $4.9 trillion.

The dubious fiscal milestone came on same day as Mr. Obama and congressional leaders met to discuss the $85 billion in automatic indiscriminate spending cuts that start to take effect today.

The president wanted a package of targeted spending cuts and elimination of tax breaks to avert the mandatory reductions in spending that he says will adversely effect people nationwide. No deal was reached.

"I told them these cuts will hurt our economy. They will cost us jobs," the president said of his meeting.

But the struggle to come up with just $85 billion in spending reductions or tax hikes is a big part of the reason why the national debt continues to expand.

Contributing to the National Debt, the federal deficit has topped $1 trillion four years running. Mr. Obama has routinely blamed his predecessor for policies that has sent the debt soaring on his watch.

"A debt that has grown over the last decade, primarily as a result of two wars, two massive tax cuts, and an unprecedented financial crisis, will have to be paid down," he said in a speech last year.

The White House says Mr. Obama is working with Congress to complete work on a $4 trillion reduction in deficits.