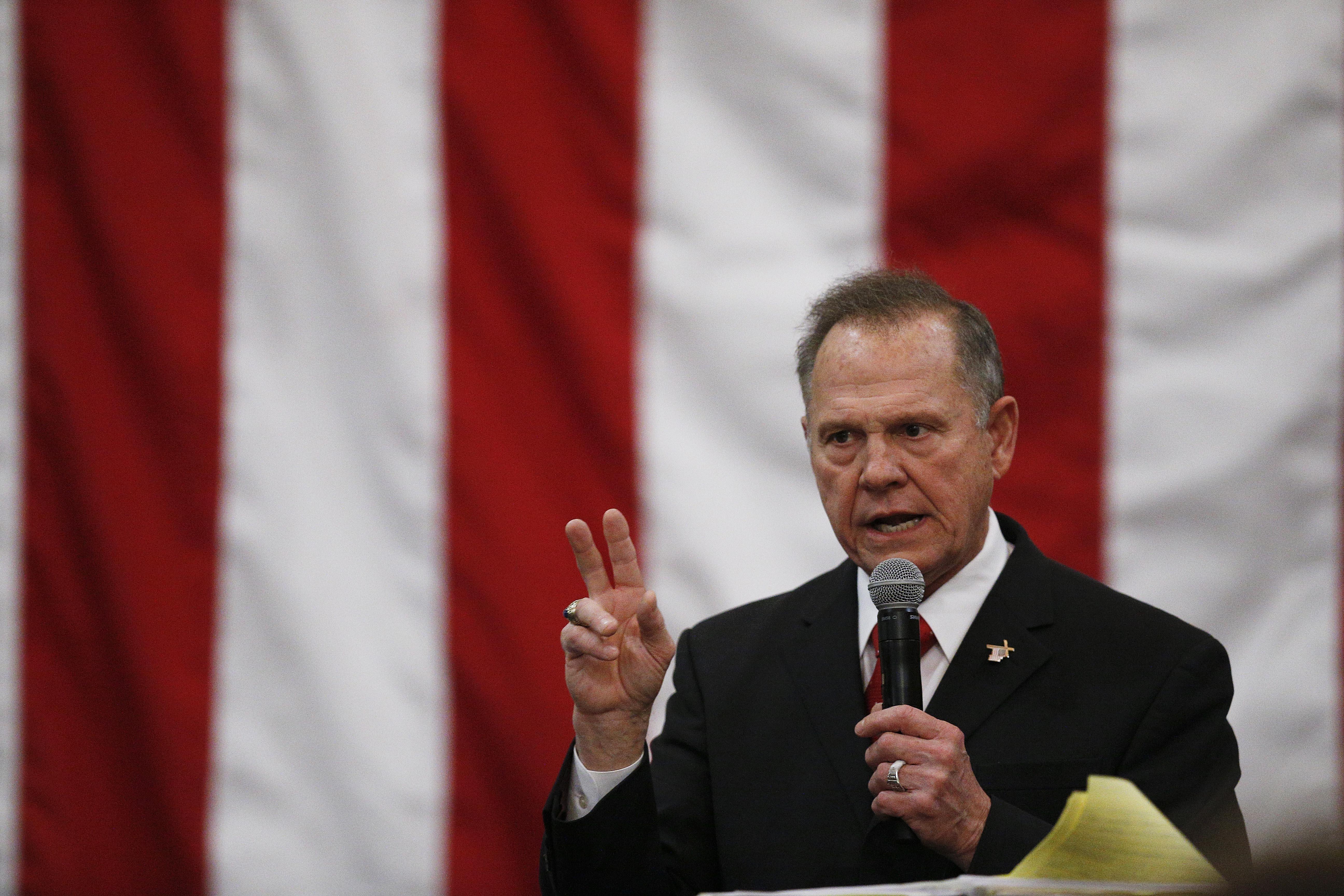 A father whose daughter took her own life because "she didn't want to be gay" stood outside GOP candidate Roy Moore's election eve rally Monday night urging Alabamians not to vote for him and elect him to the Senate.

Moore has long been a vocal opponent of gay rights. In an opinion from 2002, Moore, then a justice on Alabama's Supreme Court, wrote that homosexual conduct "is and has been abhorrent, immoral, detestable, a crime against nature…" Mattis told CNN's "New Day" on Tuesday that he grew up going to the Church of Christ and hearing those comments from the pulpit often.

"I believed that myself, but after having the experience from my daughter and seeing real life like it really is, I realized how wrong that was. My daughter was a good person. My daughter was not no damn pervert, as Roy Moore called her. Roy Moore, by going out with those teenage girls, he does not deserve to be in the United States Senate. It's just that simple. The man needs to be in a psych ward somewhere with a psychiatrist trying to help him get better," Mathis told CNN.

He explained that his daughter approached him after an altercation and cried, saying, "Daddy, I don't want to be gay." Mathis said that he and his wife took their daughter to a hospital and a range of different doctors and he said they all said the same thing: "We can't do a thing about the way you are and you can't do anything."

Mathis said he found his daughter after she killed herself.

"I found her dead in the house where she had shot herself. It was a terrible experience and I have [guilty] feelings about it every day," he said. "Are you going to vote for a man that calls your child or grandchild a pervert just because they're born gay? There's something wrong with this picture. Roy Moore does not deserve to be in the United States Senate."

In 2012, he wrote a letter to the editor in The Dothan Eagle where he talked about his daughter Patti.

"On March 22, 1995, Patti took her own life because she didn't want to be gay anymore. She was tired of being ridiculed and made fun of. She was tired of seeing how a lot of people treat gay people. I found Patti that day," he wrote.

Moore is running against Democrat Doug Jones in the special election Tuesday. Moore faces a series of sexual misconduct and sexual assault allegations. In November, a woman accused Moore, now 70, of initiating a sexual encounter with her when she was 14 years old and he was 32, in the 1970s, as first reported by the Washington Post. Another woman accused Moore of sexual assaulting her when she was 16 years old, when he was an attorney in his 30s in an Alabama district attorney's office.