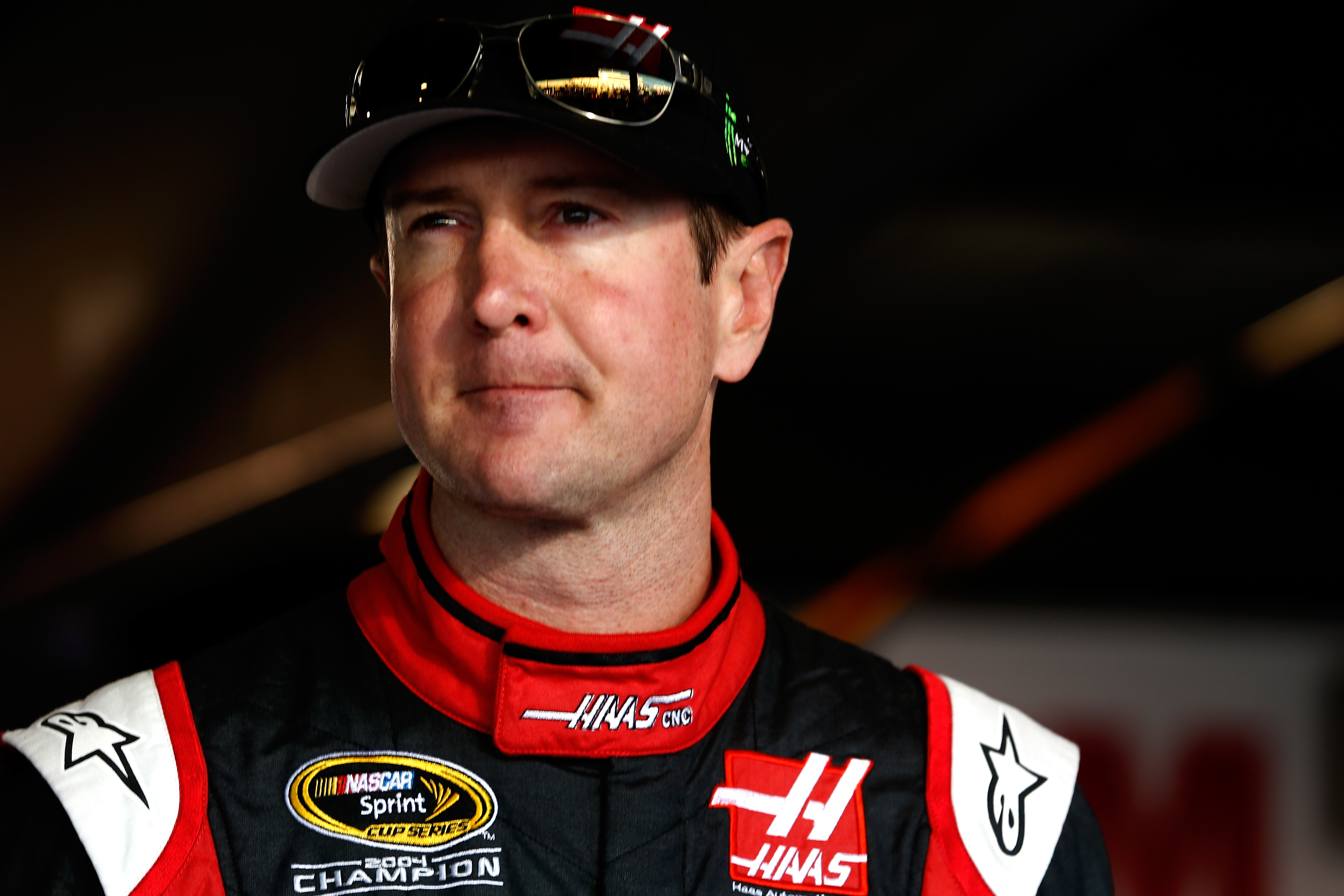 DOVER, Del. -- NASCAR driver Kurt Busch has been accused of domestic assault by his ex-girlfriend, and police in Delaware said Friday they are investigating.

The Dover Police Department said the allegations were brought to the department Wednesday. Busch's ex-girlfriend, Patricia Driscoll, 36, said the allegations involved an incident inside his motor home at a race at Dover International Speedway in September. The couple broke up about a week before.

Driscoll has filed court documents asking that a judge order Busch to stay away from her and not contact her. She also is asking that Busch undergo a psychiatric evaluation and be evaluated by a certified domestic violence treatment agency.

The documents, filed Wednesday, say Busch was despondent the night of Sept. 26 after his poor performance at the qualifying session.

"He was verbally abusive to her and said he wished he had a gun so that he could kill himself," the documents say.

Driscoll said Busch, 36, called her names and accused her of "having spies everywhere and having a camera on the bus to watch him." He then jumped up, grabbed her face and smashed her head three times against the wall next to the bed, Driscoll says in the documents.

Driscoll says she pushed Busch away and ran from the bedroom, going to a nearby bus to put an ice pack on her head and neck. She said the incident caused her severe pain, difficulty breathing and bruising on her neck.

A hearing in the case is scheduled for Dec. 2.

An attorney for Busch said he was cooperating with the investigation.

"This allegation is a complete fabrication by a woman who has refused to accept the end of a relationship and Mr. Busch vehemently denies her allegations in every respect," attorney Rusty Hardin said in an emailed statement.

NASCAR said it was aware of the situation and gathering information. Busch has not been charged. If he is, his case would play out after a series of high-profile cases involving prominent athletes ignited a national debate about how professional leagues handle allegations of abuse surface.

A spokesman for Stewart-Haas Racing, Mike Arning, said Busch's team was still gathering facts about the incident and not in a position to comment.

Busch has a history of run-ins on and off the track with drivers, NASCAR officials and reporters. He was suspended by Roush Racing for the last two races of the 2005 season after police cited him for reckless driving.

A fan caught Busch on video verbally abusing an ESPN reporter during the 2011 season finale, and Busch was fined $50,000 by NASCAR after the clip was posted on YouTube.

He was suspended for one race in 2012 for verbally abusing a reporter, just a month after NASCAR placed him on probation and issued another $50,000 fine for reckless driving on pit road and a post-race altercation with another driver's crew members.

Busch has seen a sports psychologist to learn to tame his emotions.

Driscoll is an executive for a small Washington, D.C.-based defense consulting firm and president of the Armed Forces Foundation, a nonprofit for veterans. The couple met at a foundation dinner in 2011, and after hitting it off, Busch became a spokesman and ambassador for the foundation. The group severed its ties with him Friday because of the "serious nature of the allegations."

Known as "The Outlaw" in racing circles, Busch is the 2004 NASCAR Sprint Cup champion and one of the more accomplished drivers in the series. He was in his car practicing Friday for this weekend's race at Phoenix International Raceway in Avondale, Arizona.

But with Driscoll, he appeared to have softened his image. She and her son, Houston, became fixtures in Busch's life. The pair came across as a happy couple when Busch attempted to complete the Coca Cola 600 and the Indianapolis 500 on the same day earlier this year, a feat only a handful of other drivers have attempted. They welcomed reporters into her Ellicott City, Maryland, home and cameras followed them around for weeks for the NBC documentary "Kurt Busch: 36."

They acted like a family: Busch, Driscoll and Houston went on a hunting trip this year in New Zealand and Busch took Houston fly fishing. The child got the nickname "The Mini Outlaw" as a regular at the track.

She celebrated his accomplishments publicly. Busch made the Chase for the Sprint Cup championship in his first season at Stewart-Haas Racing, and Driscoll tweeted regular updates from his NASCAR races this season. They frequently embraced on the track, or were seen walking hand in hand, never shying from public displays of affection.

Busch's talent has never been doubted, with 25 career Cup wins and the 2004 championship. But his prickly personality has scared away sponsors, and rides with deep-pocketed owners Jack Roush and Penske fizzled. His career detoured into journeyman status with single-car teams the last two seasons before landing at SHR.