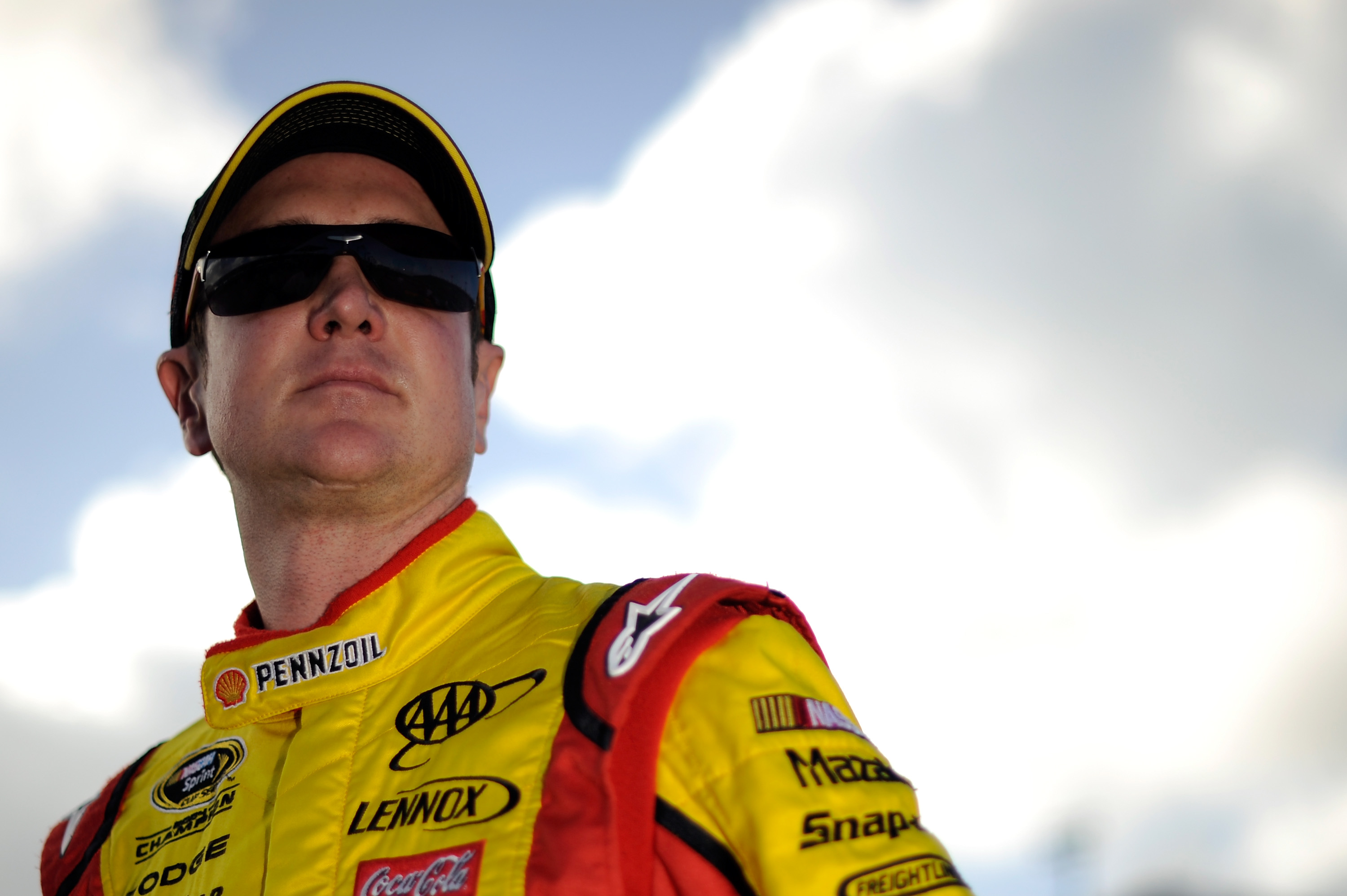 Kurt Busch and Penske Racing parted ways Monday after six bumpy seasons, a split that clouds the former champion's future in NASCAR as he embarks on a personal journey to reclaim his passion for racing.

Both the team and driver said ending the relationship was a "mutual agreement," but most believe Busch was fired in the fallout of yet another embarrassing incident. A fan caught Busch on video verbally abusing an ESPN reporter during last month's season finale, and Busch was fined $50,000 by NASCAR after the clip was posted on YouTube.

Busch, though, was insistent leaving Penske is probably the best thing for him personally and seemed at peace during an interview with The Associated Press.

"What's troublesome is this five letter `f-i-r-e-d' word is being used, but it's obvious to me that looking back, I was very unhappy over the second half of the season," Busch told the AP.

"I need to put the fun back into racing for me. I want to be a better driver and a better person. Today is the day that begins. I take a deep breath, I smile, and I move forward from here."

Busch admitted last week during activities surrounding the season-ending awards ceremony that he began seeing a sports psychologist about two weeks ago to address what he called "personal issues."

Known for both his intensity and notorious meltdowns during in-race communications with his race team, the 2011 season was particularly brutal for Busch.

Although he won two races and made the Chase for the Sprint Cup championship, he had an epic tantrum over his in-car radio at Richmond in May that set the tone for the season. He feuded with rival Jimmie Johnson and openly struggled with an ability to keep his competition with Johnson in perspective.

Busch also had at least three public flare-ups with media members, Steve Addington became his second crew chief to quit in three years, and he was overshadowed on and off the track by Penske teammate Brad Keselowski. He also became publicly annoyed over interest in his ongoing divorce and new relationship with Patricia Driscoll, head of the national charity the Armed Forces Foundation.

His behavior wore thin on the buttoned-up Penske organization, which signed Busch away from Roush Fenway Racing a year removed from his 2004 Cup championship. Busch said after reflecting during the Thanksgiving break, he came to realize he maybe just isn't Penske material.

"I'm not sure I was the best fit," he admitted. "My frankness and my intensity, it didn't play the way I intended it to. It didn't fit."

Busch won 10 Cup races and made the Chase four times since joining Penske in 2006. Bud Denker, senior vice president for Penske Corp., seemed puzzled by Busch's assessment of his fit with the organization.

"We thought he did a terrific job for us on the track, and there is no better driver who hits the marks, relative to sponsors and understanding the brands, then Kurt," Denker said. "He was admirable. I never saw him as a bad fit, so those are his thoughts."

Denker was also quick to stress that Busch was not fired and the split came after weeks of discussions about concerns both sides had regarding the direction of the organization. Busch has always been outspoken about how he believes things should be done, and regardless of his incident at Homestead with ESPN reporter Dr. Jerry Punch, both sides had been moving toward a split.

"Was the Homestead situation the reason he left? No. We had our concerns and he had his, and it was time for us to separate," Denker said. "I think we've done it mutually and above board. It was not a firing. We did not fire Kurt Busch.

"We said `here's where we are going in the future, Kurt, and we talked to our sponsors and they concurred with us."

Shell, primary sponsor of the No. 22 Dodge, said in a statement it supported the decision.

"Shell and Pennzoil utilize our motorsports program to gain technical knowledge for our products and brands and to promote them to consumers in a positive way," the statement said. "Moving forward we will continue to work with the team at Penske Racing and to evaluate the best options for our motorsports program."

Denker said discussions began in earnest Monday on a replacement for Busch, and the team had been contacted by several drivers "raising their hand." Among active Cup drivers available are David Ragan, Brian Vickers and David Reutimann, who all head into 2012 without rides.

There's a deep pool of talent in the Nationwide Series, as well, but Denker said longtime Penske driver Sam Hornish Jr. is not a candidate.

"Our intentions all along have been to run Sam for the Nationwide Series championship next season," Denker said. "We love that plan, NASCAR loves that plan, the sponsors love that plan."

It's also not clear where Busch is headed next. There are no competitive rides available unless a team owner specifically makes room for him, but Busch would not commit in his interview with AP to returning to NASCAR next season.

He peculiarly said he wants to "be remembered as a champion driver" and laughed when asked if that was a goodbye.

Busch has dabbled in NHRA and Street Stock Racing in the past, and said that's where he's found the most joy of late.

"That's where I had the smile on the face," he said. "It reminded me of the beginning days of racing for me."

At 33, Busch has a long racing future ahead of him, and his 24 career victories and 11 seasons have given him flexibility to take his time planning his future. He joked he landed in NASCAR at the wrong time, and that the hard-nosed 1980s era when the emphasis was more on racing and less on sponsorship and off-track issues, was probably better suited for him.

Busch, meanwhile, is the older brother of Joe Gibbs Racing driver Kyle Busch, who also spent the last month of the season in turmoil. An annual title contender, he was suspended by NASCAR in early November for intentionally wrecked Ron Hornaday Jr. under caution in a Truck Series race at Texas.

NASCAR also fined Kyle Busch $50,000, and the driver had to fight to save his seat in the final two races of the year when sponsor M&M's balked at letting him race. No decision has been formally announced regarding Kyle Busch's participation in Nationwide and Truck races next season, although M&M's indicated it will continue to sponsor him in Cup.

Antonio Brown on fallout with Buccaneers​