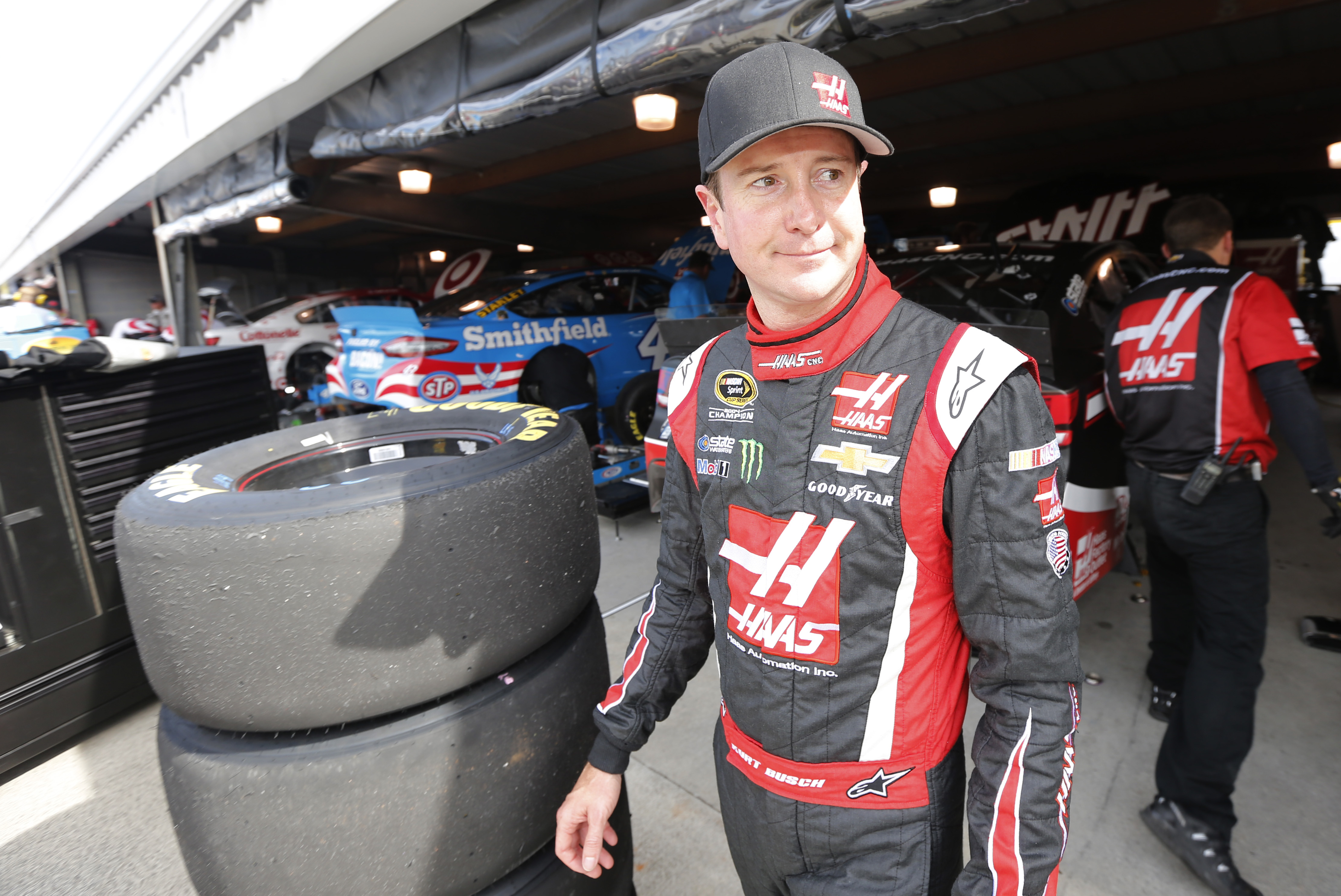 NASCAR champ and poster boy Kurt Busch has denied domestic assault accusations by his ex-girlfriend, stemming from an alleged attack in September.

It has the makings of a high-octane Hollywood script -- superstar race-car driver dates a trained assassin -- but this isn't a movie starring Matt Damon, it's a real life drama playing out in a Delaware courtroom.

Driscoll, who declined to comment after the hearing, filed for a protection of abuse order in November, stemming from an altercation at Dover International Speedway. According to Driscoll, the 36-year-old-Busch grabbed her neck and face and slammed her head into the wall of his motor home.

"We know one thing. He never physically abused her," Busch's attorney Rusty Hardin said. "We're real comfortable that was made clear today, over the past two days in particular. We'll just wait and see what the outcome is."

The bizarre testimony from Busch Tuesday included that Driscoll's profession took her on missions around the globe. He recounted an instance where she left in camouflage and returned wearing a coat over a gown splattered with blood.

"I'm just glad that the truth got told. We'll wait on the commissioner's decision," Busch said.

Video, which was submitted into evidence but not allowed to be played in open court, shows Driscoll in military fatigues and training at a gun range.

Driscoll is the president of the Armed Forces Foundation, a nonprofit that promotes the wellness of veterans and the families, and CEO of Front Line Defense Systems, a Washington-based defense contractor.

If it sounds like a movie script, that's because Driscoll said it is. According to a report from the Associated Press, Driscoll dismissed Busch's account and said: "I find it interesting that some of the outlandish claims come straight from a fictional movie script I've been working on for eight years."

"I think the parties need to get this finished," Driscoll's attorney Carolyn McNeice said. "Everybody wants to know what's going to happen."

A ruling on Driscoll's protection order request could be weeks away. The Delaware Attorney General's Office is handling the criminal investigation into Driscoll's assault allegations and so far, no charges have been filed.