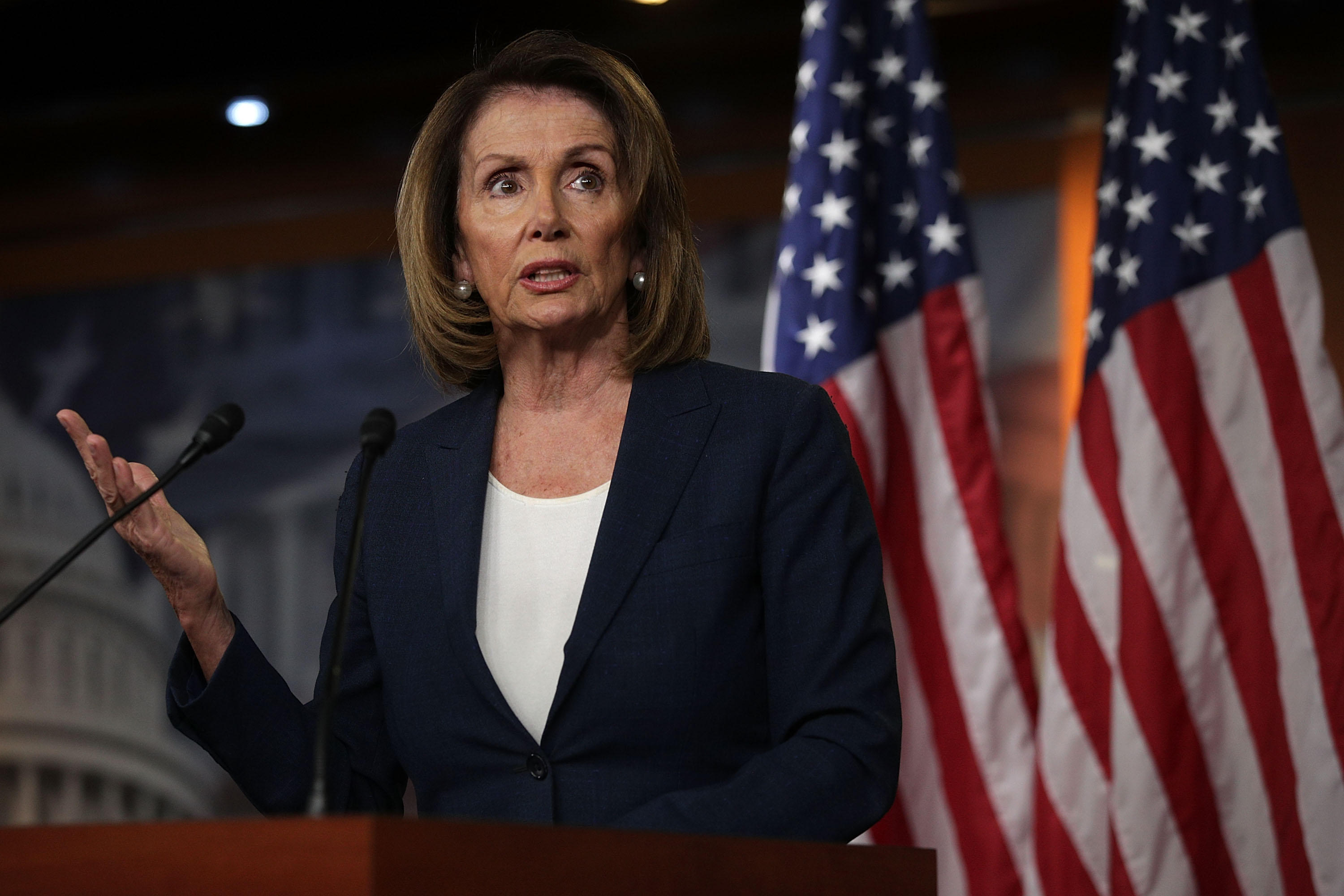 Minority leader Nancy Pelosi is calling on House Speaker Paul Ryan to bring legislation to the floor that bans bump stocks, or devices used to increase the discharge rate of a firearm, on top of other comprehensive anti-gun violence proposals.

Pelosi told reporters on Thursday that now is the time for action on gun violence reform, saying that in the wake of the Las Vegas shooting,"the impatience of the American people is right on and we have to do something about it."

"We take an oath to protect and defend the American people, we're not protecting them by not having the gun laws that are suitable to avoid gun violence," she added.

Pelosi called on Ryan to withdraw a silencer bill and an armor-piercing bullet bill and instead pass bipartisan legislation on mandatory background checks as well as a ban bump stocks, "something we're all learning a lot more" about, Pelosi said.

She also reiterated her calls for the speaker to form a 60-day select committee on gun violence to address the "big issue in our country."

Meanwhile, in an interview with Hugh Hewitt on Thursday airing on MSNBC on Saturday, Ryan said the issue of bump stocks was "something we need to look into."

"Look, I didn't even know what they were until this week, and I'm an avid sportsman. So I think we're quickly coming up to speed with what this is. Fully automatic weapons have been banned for a long time. Apparently this allows you to take a semiautomatic and turn it into a fully automatic," said Ryan.

Pelosi said, however, it's up to the speaker to bring that kind of legislation to the floor.

"Certainly the public pressure in terms of bump stock is such that we would pass that if he were to bring it to the floor," she added.

During an exchange with CBS News' Nancy Cordes, Pelosi suggested that Republicans might feel such a ban would be a "slippery slope" for other gun bills. "So what?" she said, adding, "I certainly hope so."

Pelosi told Cordes that while she doesn't think bump stocks legislation should be a "substitute" for further background check legislation, she said that "the American people have to weigh in"--  as she said they did against Republican efforts to repeal and replace the Affordable Care Act.

"We have to try to see what brings us together, not separates us further," added Pelosi.