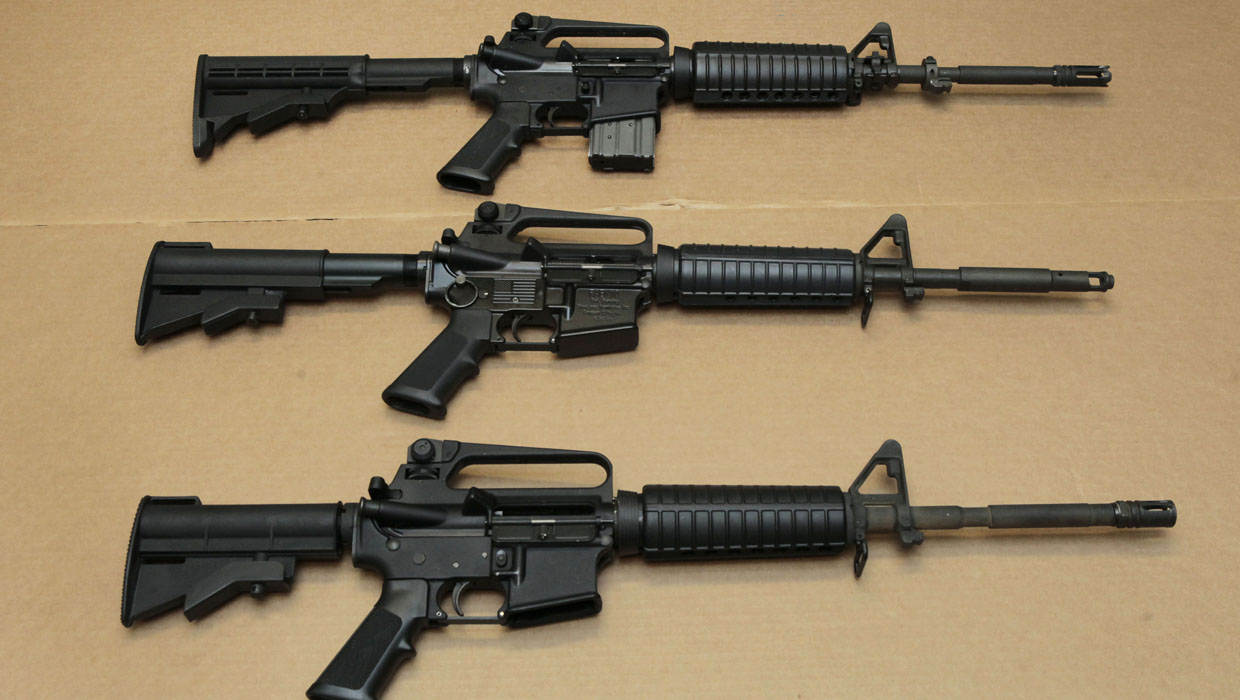 In the wake of the deadly Las Vegas shooting, three House Republicans have sent a letter to the Bureau of Alcohol, Tobacco, Firearms and Explosives (ATF) asking for the agency to reevaluate the legality of bump stocks or devices used to increase the discharge rate of a firearm. About a dozen of these devices were found in the hotel room of the Las Vegas shooter.

The letter, penned by Reps. Adam Kinzinger, R-Illinois, with co-leaders Mike Gallagher, R-Wisconsin, and Martha McSally, R-Arizona, said: "Now is not a time to politicize a tragedy or bring politics into our grieving, but it is a time to reflect on what has happened and how we can work constructively on what can be done to curb the impact of these evil, deranged attackers."

"The ATF must re-evaluate these devices, and it is my hope that they conclude these mechanisms violate the spirit, if not the letter, of the law. In the meantime, my colleagues and I will consider legislative options, because these fully-automatic simulator devices have no place in civil society," the letter added.

Similar calls have been made across the political spectrum in the aftermath of the shooting, showing subtle signs that the Republican-controlled Congress is compelled to take some form of action on crafting gun violence legislation.

On Tuesday, the third-ranking Republican in the Senate said that he thinks the upper chamber might "take a look" at the idea of regulating bump stocks.

"That's something I think we'll take a look at," Sen. John Thune, R-South Dakota, told reporters when asked about the bump stocks and semi-automatic weapons being illegally converted to fire fully automatic.

Fellow Republican Sen. James Lankford of Oklahoma, told CBSN anchor Elaine Quijano that he also may be open to the possibility of regulating bump stocks, which allow semi-automatic weapons to mimic the firing rate of automatic weapons.

"We've got to find out the facts and the details first," Lankford said when asked if he was open to the possibility of regulation.

Sen. Lindsey Graham of South Carolina said it would be a "good time" to have a hearing and suggested he would also consider looking at bump stocks.

On Wednesday, Sen. Dianne Feinstein, D-California became the first lawmaker since the shooting to formally introduce a bill that would ban the sale, transfer, importation, manufacture or possession of bump stocks, trigger cranks and similar accessories that accelerate a semi-automatic rifle's rate of fire to emulate fully-automatic fire. The measure already has 26 Democratic co-sponsors.