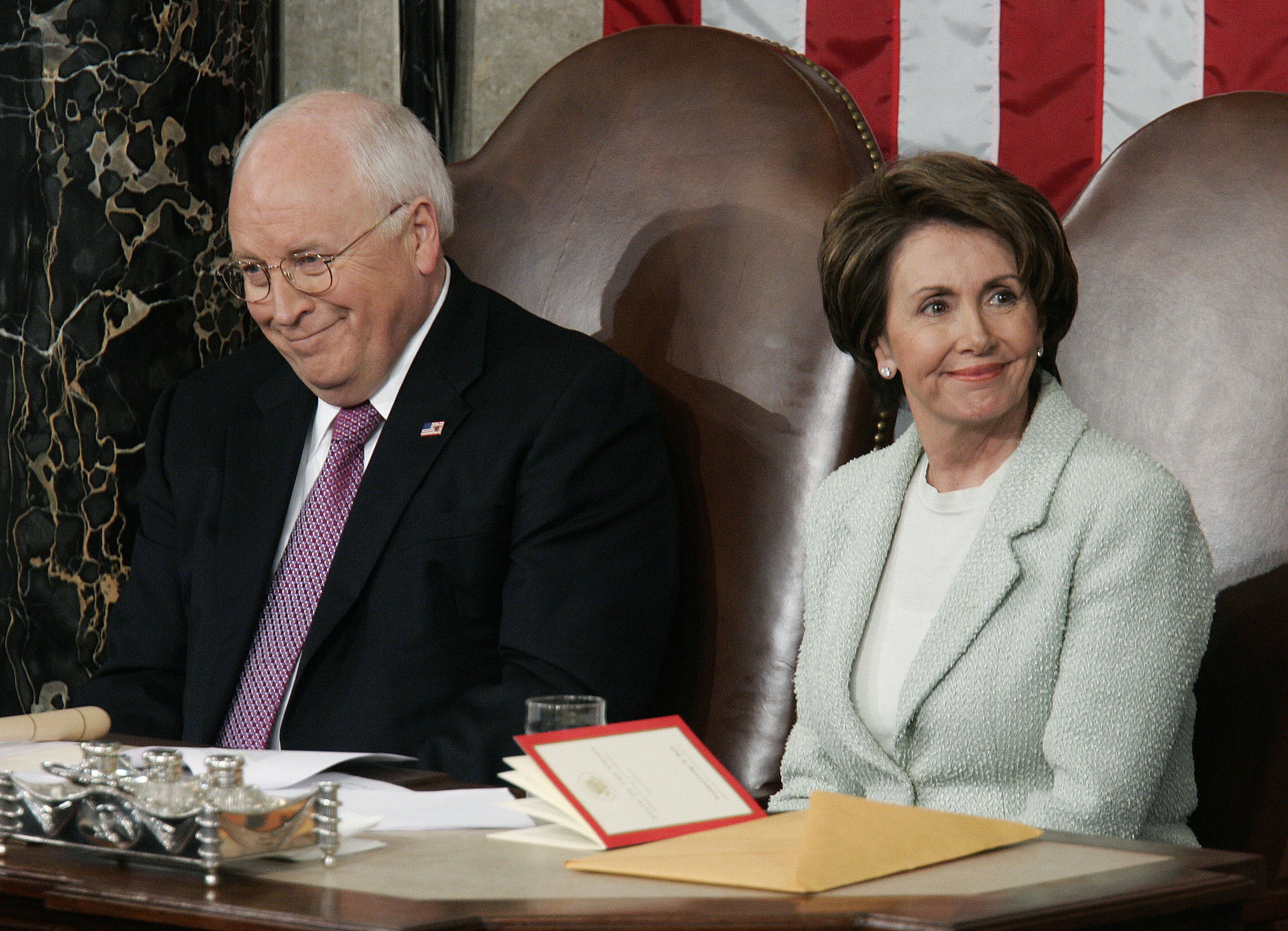 In advance of a report from the Senate Intelligence Committee that will cast a harshly critical eye on the CIA's post-9/11 "enhanced interrogation" program, House Minority Leader Nancy Pelosi sought to absolve the spy agency of some of the blame for using interrogation methods critics have dubbed tortuous.

Pelosi told CNN on Sunday that the "patriotic" officials at the CIA were only following marching orders from former Vice President Dick Cheney.

"I do believe that during the Bush-Cheney administration, that Vice President Cheney set a tone and an attitude for the CIA," she said. "Many people in the CIA are so patriotic, they protect our country in a way to avoid conflict and violence."

"But the attitude that was there...I think it came from Dick Cheney," she said. "I think he's proud of it."

The Senate Intelligence Committee voted this week to declassify the report. It won't be available to the public until a security review conducted largely by the CIA itself is completed. Some of the report's conclusions have been leaked, though, including the key accusation that the CIA misled Congress about the effectiveness and the severity of enhanced interrogation methods.

Sen. Dianne Feinstein, D-Calif., who chairs the Senate Intelligence Committee, said shortly after the vote to declassify on Thursday that the report's conclusions were "shocking."

"The report exposes brutality that stands in sharp contrast to our values as a nation," she said. "It chronicles a stain on our history that must never be allowed to happen again. This is not what Americans do."

But some in Congress and the intelligence community took issue with the report's findings and Feinstein's characterization, saying they offer a negatively biased view of a program that did have some redeeming value.

"I have a tremendous amount of respect for Dianne Feinstein. We work very closely together on a lot of national security issues," Rep. Mike Rogers, R-Mich., who chairs the House Intelligence Committee, told CNN. "This report, I just have some differences of opinion."

"This is not the Holy Grail. It doesn't answer all the questions," Rogers said. "There is another counterargument out there on these facts. So you'll only get one side of the facts to argue from, and I think that's unfortunate."

Rogers also said Pelosi's invocation of Cheney is "politicizing" the issue in a way that could "lead people to the wrong conclusion."

"To say this is all about Dick Cheney. I think...clearly when you say things like that it becomes highly charged politically," he said.

And former CIA Director Michael Hayden, who took the reins of the spy agency in 2006 after the methods under scrutiny had largely been curtailed, said Feinstein's take on the issue may be too "emotional" to produce an unbiased report.

Citing Feinstein's stated desire to author a report damning enough to prevent such a program from ever being permitted again, Hayden told "Fox News Sunday," "That motivation for the report...may show deep emotional feeling on part of the senator. But I don't think it leads you to an objective report."

Hayden said he still believes "the totality of information, including information from this program" helped the U.S. eventually find Osama bin Laden.

He also disputed the idea that the CIA labored to hide the efficacy and severity of the program from Congress, noting that as CIA director, "I was the one who decided to inform all the members of the House and Senate Intelligence Committee to move the prisoners out of the black sites to Guantanamo and actually go public with a significant portion of this program."