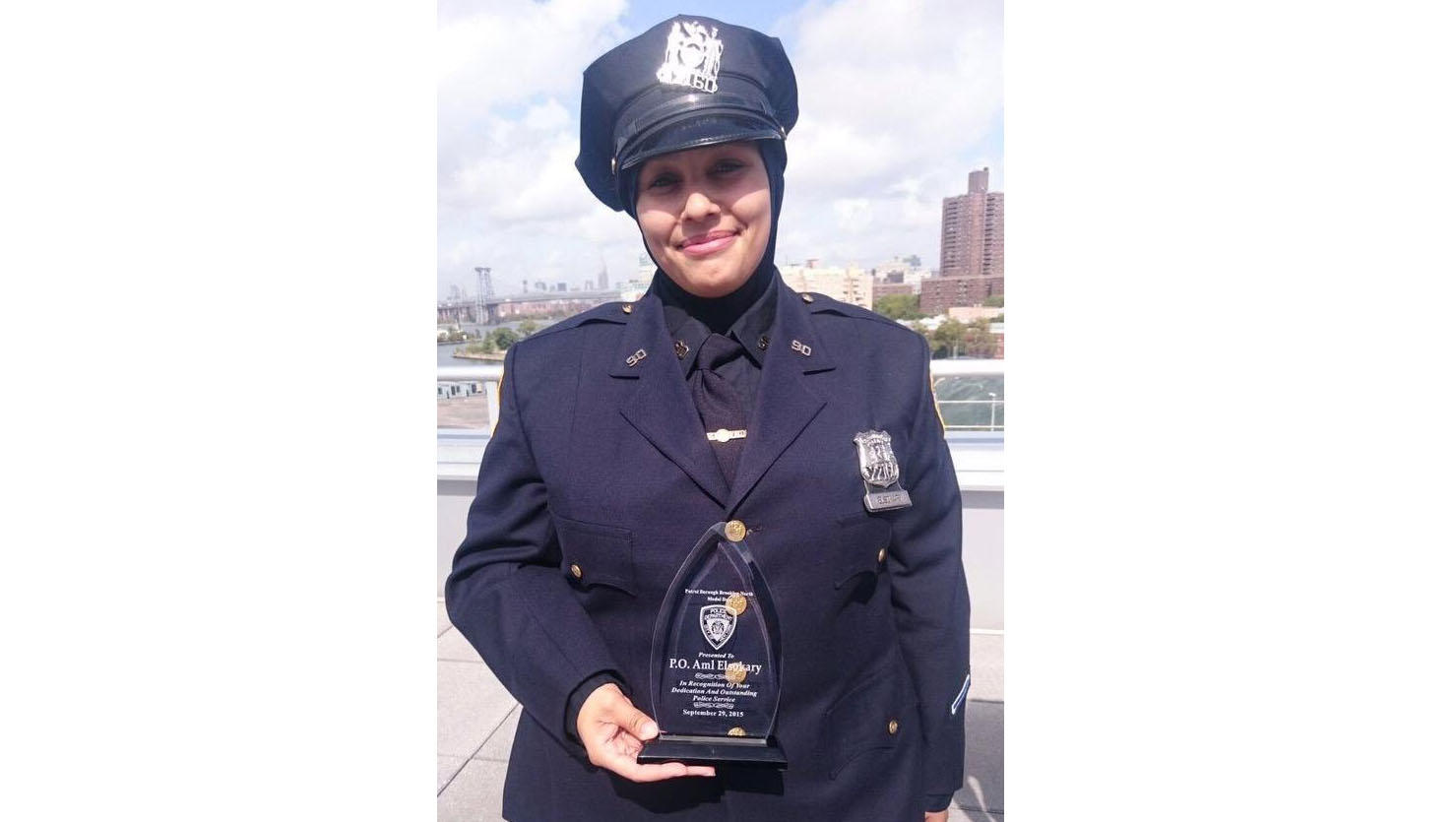 NEW YORK -- The New York Police Department has arrested a man they say harassed and threatened an off-duty Muslim police officer because of her faith.

The NYPD said Monday that 36-year-old Christopher Nelson has been arrested on charges of menacing as a hate crime and aggravated harassment.

Authorities say the officer, who was wearing a Muslim head covering, encountered a man yelling while pushing her 16-year-old son on Saturday evening in Bay Ridge, Brooklyn.  When the off-duty, unarmed officer tried to intervene, police said the suspect said to her, “ISIS [expletive], I will cut your throat, go back to your country,” reports CBS New York.

City officials hailed Officer Aml Elsokary as a hero in 2014, after she ran into a burning building to save a baby.

“I was sick to my stomach when I heard that one of our officers was subjected to threats and taunting simply because of her faith,” New York City mayor Bill DeBlasio said at Monday. “We can’t allow this.”

There was no immediate information on an attorney who could comment on the defendant’s behalf.

It was the second such incident in New York City in one week -- on Thursday, a young woman wearing a Muslim head covering was harassed while riding the subway. Hate crimes are on the rise across the country, according to the Southern Poverty Law Center.