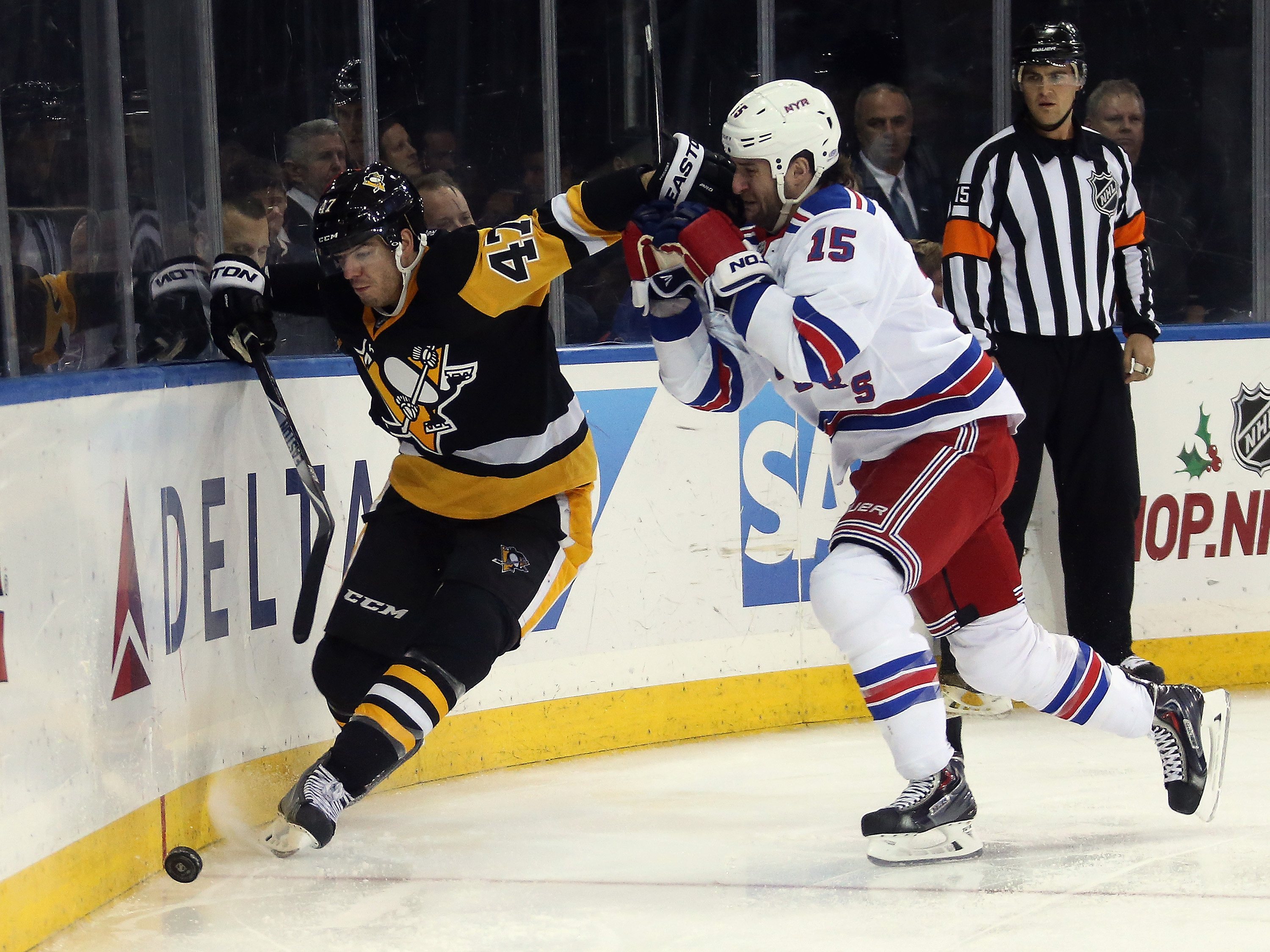 Once mumps invades a professional sports dressing room, it finds a fertile breeding ground and the NHL is finding that it is not easy to get rid of.

Multiple players on multiple teams from coast to coast have come down with the mumps, an illness more typically associated with children.

It started in Anaheim and plagued the Ducks, who had three players affected. The Minnesota Wild was next, with five victims. Tanner Glass of the New York Rangers then came down with it, and as recently as Wednesday, the New Jersey Devils had two players turn up sick. At least 12 players and two on-ice officials had been infected as of mid-week, CBS Sports reported.

"It is certainly an outbreak that was unexpected and has caused unwanted disruption at the team level, but it is not something we have any significant control over," NHL Deputy Commissioner Bill Daly said. "As long as our clubs are doing what they need to do to minimize risk of contraction, we are hopeful that the wave of cases will run their course and life will return to normal."

The Ducks hosted the Wild in mid-October, New Jersey and the Rangers played each other a few days later and Minnesota visited the Rangers not long after that before facing the Devils in mid-November. But it was not clear whether the teams shared the virus with each other or picked it up in other ways.

"You see the hits that they have, and sometimes the spraying of saliva," said Dr. Judith Aberg, chief of the infectious diseases division at the Icahn School of Medicine at Mount Sinai Hospital. "I think they are high risk. I am surprised we haven't actually seen this before."

"It is relatively uncommon since the vaccine was licensed in the early 1960s, but this year we've actually had more cases," Aberg said. "In 2013, we had less than 500 cases, and already this year we're looking at about 1,000 cases in the United States. One person is expected to infect 10 others."

Millions are vaccinated at a young age, but Aberg said the immunity can wane with age and "10 to 20 percent of individuals who have been vaccinated may not have full protection."

Mumps often starts with fever, fatigue, headaches and body aches, followed by telltale swelling of the salivary glands. The Centers for Disease Control and Prevention says in males, the virus can also lead to orchitis, a testicular inflammation that causes pain, swelling, nausea, vomiting and fever. Most people recover in a week or two, but in rare cases, serious complications like inflammation of the brain or tissue surrounding the spinal cord can occur.

The NHL and the players' association have provided information to teams and players on ways to protect themselves against the mumps. Vaccination decisions for any disease are made by club medical staffs and the players themselves.

The Rangers quickly moved to give boosters to players, and other teams have done the same. The Ducks cleaned and sterilized their entire operation following the outbreak that hit Corey Perry and others. Everyone was encouraged to get re-vaccinated and most did.

Some affected players have already returned to the ice, and all should recover without lasting effects.

Each season at training camp, players are encouraged to provide their vaccination records. Childhood vaccine programs are fairly universal and accessible worldwide, although aren't mandatory in every country, the NHLPA said.

"The NHLPA has been actively educating the players regarding the recent outbreak, while providing best practices on how to avoid contracting and spreading mumps," players' association spokesman Jonathan Weatherdon said.

Many of the recommendations about locker room and bench behavior are similar to the standard precautions the NHL provides regarding the flu, which is similarly transmitted.

"Simple coughing and sneezing and getting those respiratory droplets on each other can cause the spread of mumps," Aberg said. "The problem is that it is contagious before you have symptoms. That's where it gets tricky because you don't know you're going to come down with the mumps, and you're contagious. Then you are contagious for five days or so after you have symptoms."

The illness even felled Minnesota ironman defenseman Ryan Suter, the rare American-born player to be affected.

Every Wild player was offered a booster shot last month when the virus surfaced. Suter decided not to take it, and paid the price. He was the fifth Minnesota player - all defensemen whose cubicles are next to each other - to come down with the mumps.

Suter, who hadn't missed a game since joining the Wild in 2012, led the NHL in ice time each of the last two seasons.

"I probably wash my hands more than anybody," he said. "I go out of the way to make sure I'm a clean guy. So for me to get it, it stunk. I always tell these guys, 'You've got to be mentally strong and you'll never get sick.' So they're all giving me a hard time."

U.K. officials issue warning after 6 children die of Strep A infections
Thanks for reading CBS NEWS.
Create your free account or log in
for more features.
View CBS News In
CBS News App Open
Chrome Safari Continue
Be the first to know
Get browser notifications for breaking news, live events, and exclusive reporting.