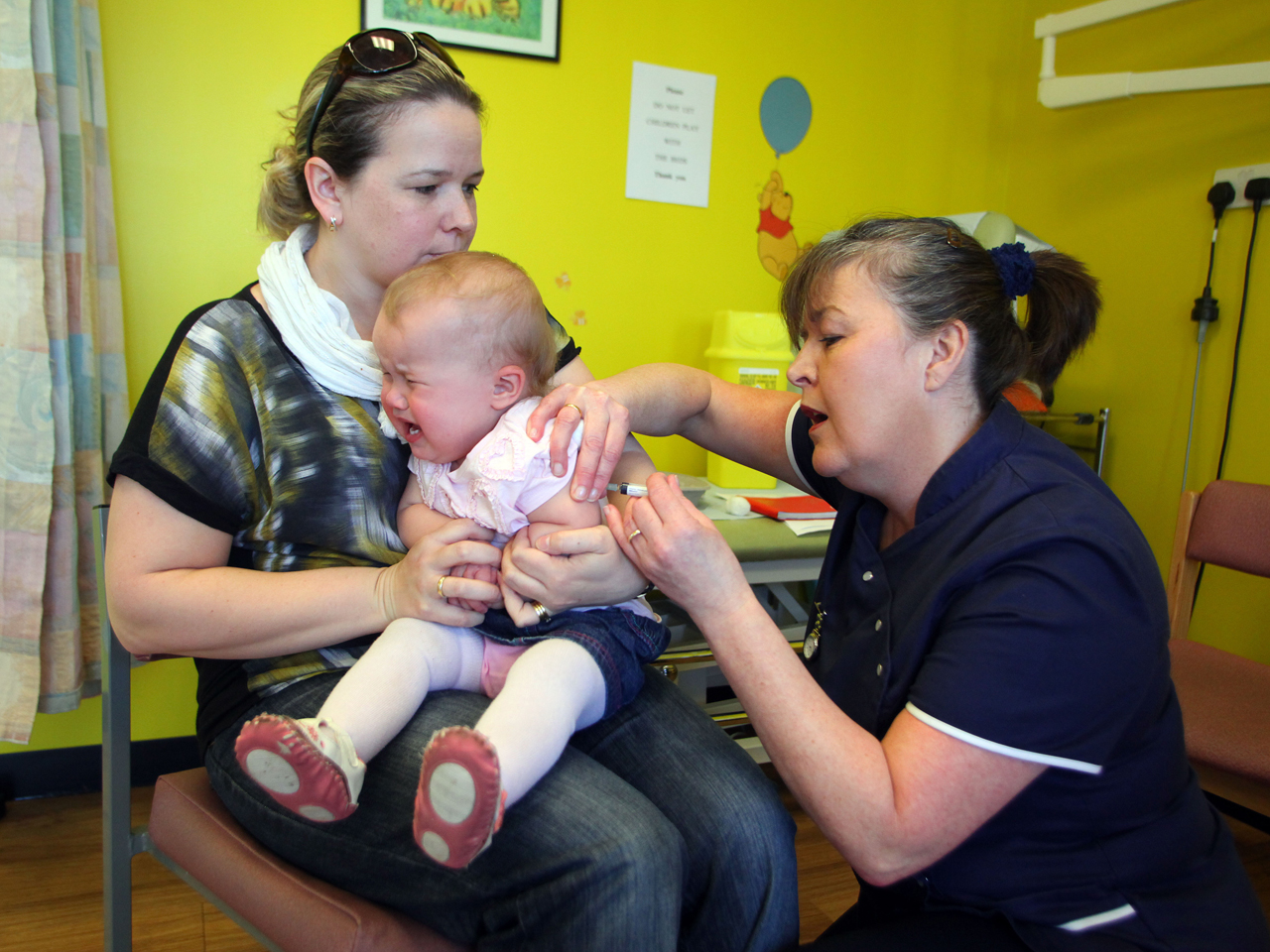 A measles outbreak in Minnesota offers a case study of how the disease is transmitted in the United States today: An unvaccinated person travels abroad, brings measles back and infects vulnerable people -- including children who are unprotected because their parents chose not to vaccinate them.

That's the conclusion of a report published online June 9 in Pediatrics that details the 2011 outbreak that sickened 19 children and two adults in the state.

It began when an unvaccinated 2-year-old was taken to Kenya, where he contracted the measles virus. After returning to the United States, the child developed a fever, cough and vomiting. However, before measles was diagnosed, he passed the virus on to three children in a drop-in child care center and another household member. Contacts then multiplied, with more than 3,000 people eventually exposed.

Nine of the children ultimately infected were old enough to have received the measles-mumps-rubella (MMR) vaccine but had not.

In most of those cases, the child's parents feared the MMR vaccine could cause autism, according to researchers at the Minnesota Department of Health.

That idea -- first raised in 1998, by a British doctor named Andrew Wakefield -- has been discredited, said Pam Gahr, an epidemiologist who led the new research.

"But I think that as long as autism remains unexplained, the idea [that the MMR is a cause] will persist," Gahr said.

In the Minnesota outbreak, the child infected in Kenya was of Somali descent, as were most of the children whose parents had declined the MMR vaccine because of safety fears.

And that's consistent, Gahr said, with a striking decline in MMR acceptance among Minnesota's relatively large Somali population. In 2004, the number of Somali children in the state who were on schedule with their MMR topped 90 percent.

From what the health department learned in parent interviews, the decline seemed to stem from misinformation about an MMR-autism link.

Despite the unique circumstances of the Minnesota outbreak, though, measles can happen anywhere people are unvaccinated, said Dr. Andrew Pavia, chief of pediatric infectious diseases at the University of Utah in Salt Lake City.

"These outbreaks occur in all types of settings," said Pavia, who was not involved in the current study.

U.S. measles cases are at a 20-year high this year, the U.S. Centers for Disease Control and Prevention reported last week. As of May 30, the agency had received reports of 334 measles cases in 18 states.

Nearly all of the outbreaks involved unvaccinated people who brought measles back after a trip overseas, the CDC said.

The hardest-hit state is Ohio, where people in several Amish communities were infected after unvaccinated missionaries traveled to the Philippines and carried the measles virus back.

Amish communities have historically had low vaccination rates. And a 2011 survey of Amish parents who refused to vaccinate found that nearly all cited safety fears.

According to Pavia, the safety concerns of parents in the Minnesota outbreak illustrate the "power of bad information."

The MMR-autism link proposed by Wakefield was later found to be based on fraudulent data, and many studies since have found no connection between the vaccine and autism.

Gahr noted that these days, most parents never had or even saw a case of the measles. So some might dismiss it as just another childhood infection, she said.

But measles can prove serious, or even deadly. About 30 percent of people with measles develop a complication such as ear infection, diarrhea or pneumonia, the CDC says. Among children, one in 1,000 suffers brain inflammation, and one or two out of every 1,000 die.

"Even if you don't develop complications," Pavia said, "the disease is miserable."

Measles typically begins with a fever, cough, runny nose and "pink eye." After several days, a rash emerges around the face and neck, then spreads to the rest of the body.

"The thing is, we have the power to prevent it," Pavia said.

In the case of the Minnesota outbreak, he added, "the first infection that spread in the community was misinformation. The second was measles."